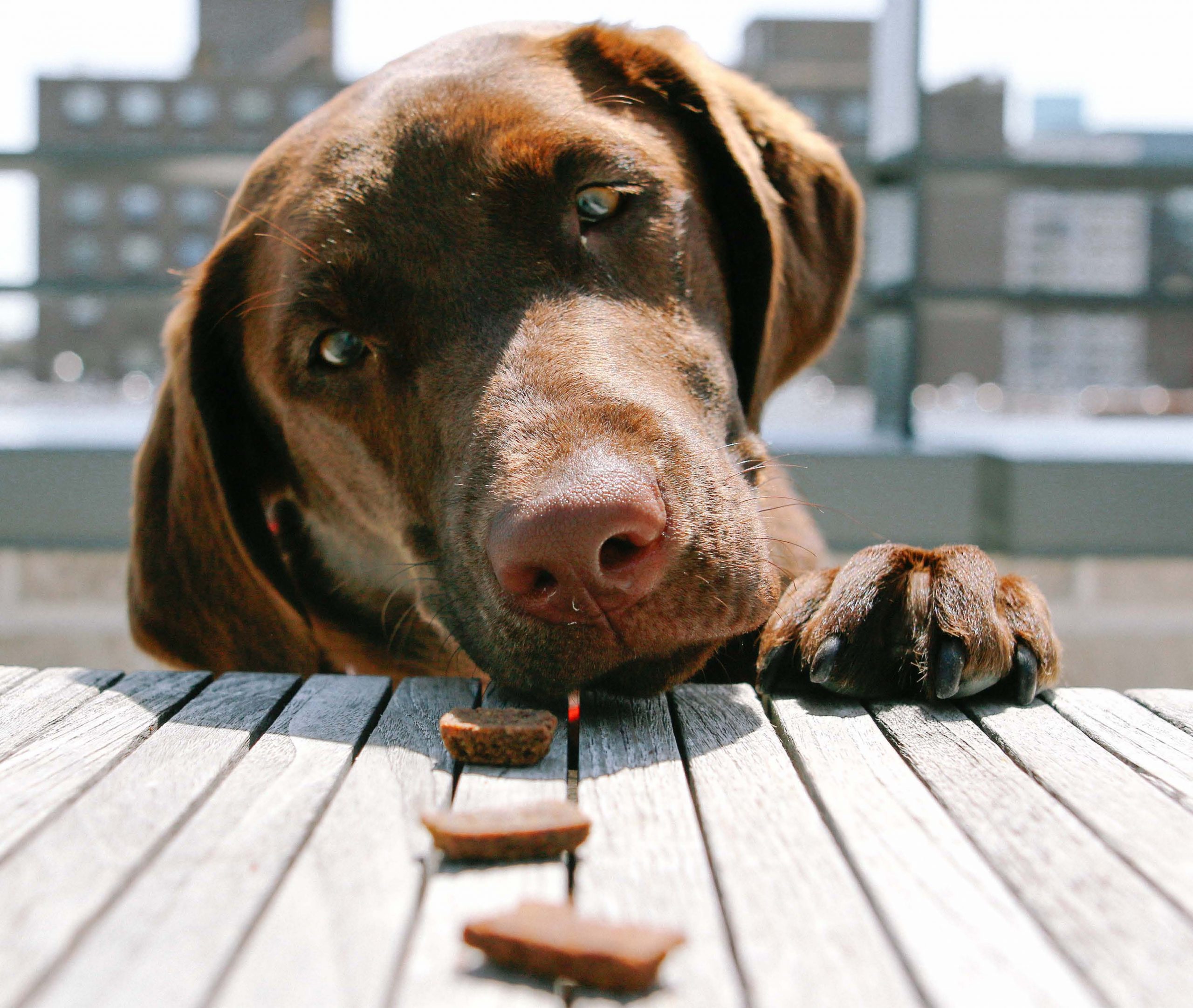 Jiminy's dog treats made from insects. Jiminy's via SWNS

This company makes eco-friendly dog food – out of insects.

Jiminy's of California creates their pup fodder from "cricket protein powder" instead of traditional proteins like beef and poultry, while also saving water.

"The dogs love it, they really do,” said founder, owner and CEO Anne Carlson, 57.

"I've got two dogs. They are my official taste testers on everything. I have Tuco, a Lab and Border Bollie mix and my Great Dane is Timber.”

Jiminy’s harvests insects near the end of their natural lives to create food and treats that are hypoallergenic, prebiotic, and contain amino acids, protein, fiber, omegas, iron, and vitamins B2 and B12.

Carlson, from Berkley, California, got the idea after a 2016 conversation with her daughter.

"We got on to the subject of whether she wanted to have kids. She said she wasn't sure, and she was worried about the way the world was going to be with climate change," she said.

"Right then, I made a decision that whatever I did next it would be tackling climate change.”

Carlson was approached to lead a pet company but was turned off by their products.

"They were saying it was sustainable, but it was actually grass-fed beef,” she said.

“There's no way that cows are ever going to be the answer.

"I pivoted with that group to do something different and we came up with the idea to do the insect protein. Then I saw there was a study done by the UN saying that insects could be the answer to world hunger.

"The nutritional profile was amazing.”

Carlson and her team delved into developing food for dogs that they could eat and would also be easier on the environment.

"There was a lot of science. I spent a lot of time at the very beginning getting that done,” she said.

“There was the question, could the dogs digest it?

"We did that science, we partnered with a lot of different companies, we got the insect farms involved. We found out that it was just as digestible as cows and chickens.

"I ordered some dry roasted crickets to try them out with the dogs. The dogs loved it and the drool started right away.”

Carlson has even tried the crickets herself.

She said: “It’s like sunflower seeds. It's a little lighter and airier. It's pleasant, good, nutty and earthy.”

Jiminy’s released their first treat towards the end of 2017.

"Millennials and Gen Z get it immediately. When we say we are reducing our carbon paw print, they understand, and they love it.”

In a 2013 report, the FAO suggested our current farming and food production practices are unsustainable - but that edible insects are a viable resource that could help meet the food and water demands of the world's expanding population.

"You can really make a huge amount of impact very quickly," Carlson said..

“Dogs consume a huge amount of protein in the US. You switch a dog from chicken-based food to our food and you are going to save 480,000 gallons of water a year.

“This is a better choice you can make for your family. It is fantastic from so many different fronts."

A Charles Darwin puzzle is solved