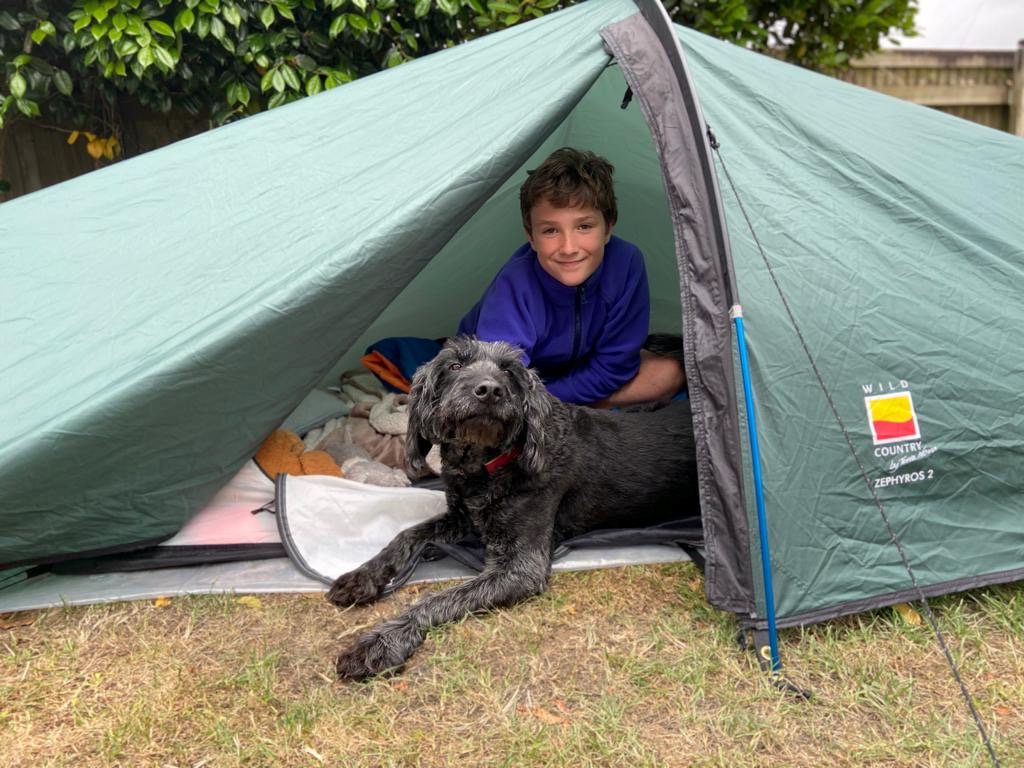 Max Woosey camping out in his tent in his family's garden. (Woosey Family via SWNS)

By Ollie Buckley via SWNS

This kind boy has been sleeping in a tent for the last 18 months, raising over $755,00 for charity.

And now he's been shortlisted for a prestigious award.

Max Woosey, 11, began camping in his garden in March last year in memory of his friend and neighbor, Rick Abbot, who sadly died in February 2019.

The 'marathon camper' from Devon, England, has just celebrated his 540th consecutive night under canvas.

His extraordinary achievement has now seen him reach the final four in the prestigious Young Hero category of the Amplifon Awards For Brave Briton 2021.

He has completely smashed his target and has raised over $700k for North Devon Hospice, which includes $140,00 of Gift Aid.

Max said: “I really enjoy camping and I don't have any intention of stopping just now.

"It's great fun and I'm not going to come inside...I love being outdoors and being closer to nature."

In March, to celebrate his one-year anniversary of sleeping under the stars, Max organized The Big Camp Out, which saw young people from all over the world sleep in tents, to raise money for charities close to their hearts.

He has also been praised by TV adventurer Bear Grylls and even pitched his tent in the garden of the British Prime Minster's office at 10 Downing Street.

Max's mom Rachael Woosey said: "I've said to him on numerous occasions that he doesn't have to stay outside anymore, and that he has already achieved something special.

"But he always says no."

The winner will be announced during a virtual awards ceremony next Tuesday, October 5.

Donations can be made via justgiving.com/fundraising/max-woosey1