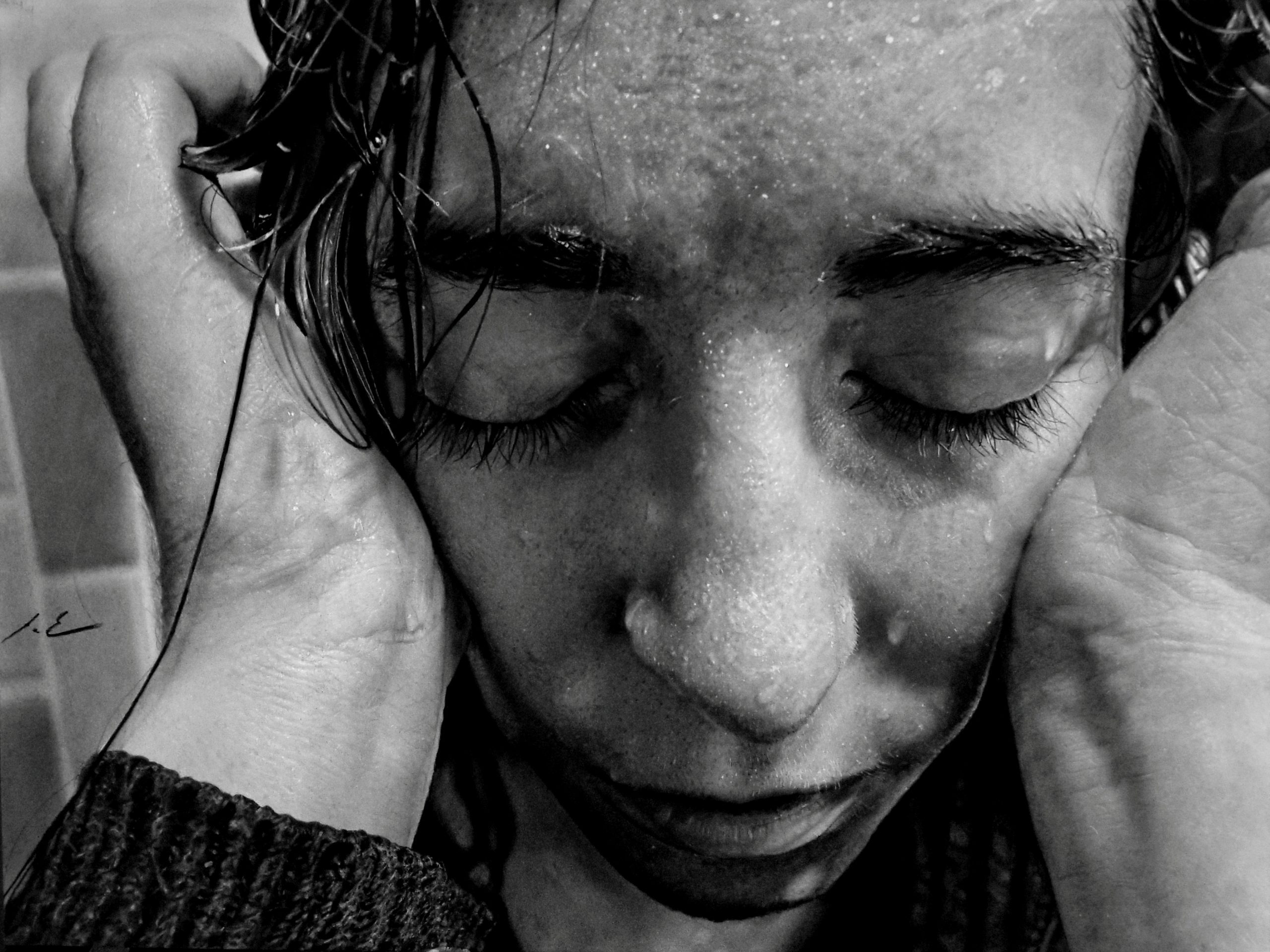 These hyper-realistic images may look like professional photographs but they are painstakingly-detailed drawings - created with charcoal.

Artist Dylan Eakin draws the intricate and incredibly lifelike pictures by using a photograph as reference and completes his artwork with charcoal, and occasionally a graphite pencil.

Dylan, 30, takes photographs of his girlfriend, roommate and friends and turns them into 18 inch by 24 inch drawings.

From beads of sweat on a brow to individual eyelashes, Dylan's drawings - which employ a technique known as photorealism - look astonishingly realistic.

Each work takes around 100 hours to complete, with Dylan once spending 205 hours on a single artwork.

The pieces have become so popular that they now sell for around $6,000.

Photorealism is a genre of art in which an artist studies a photograph and then attempts to reproduce the image as realistically as possible in another medium.

Despite his incredible skill, Dylan, from New York, admitted that he is never satisfied with a picture.

"I wouldn't be at this level of photorealism if I was ever satisfied with a piece," he said.

"If I ever delude myself into thinking something is perfect, I won't go on."

Dylan, who only produces black-and-white images, added that he is not tempted to branch out into technicolor.

"Charcoal has always been a love," he said.

"Once I realized how versatile it was, I've never seen the reason to branch out into color.

"I had someone try to commission a color portrait and I had no desire to do it."

Dylan eschews professional models as he finds his friends, including best friend Lauren Hlubny, who he credits with helping his artistic process, more 'real'.

"If you are my roommate or best friend or girlfriend, I'll draw you over and over again. I made 12 drawings of my old roommate," he said.

"I do portraits of my best friend Lauren multiple times a year.

He added: "I don't like working with professional models - they come to it with all these preconceived notions. Amateur models are more real."

He added that he only draws people because they are the subject we relate to the most.

WATCH: Deaf dog rescued from a rabbit hole after 30 hours