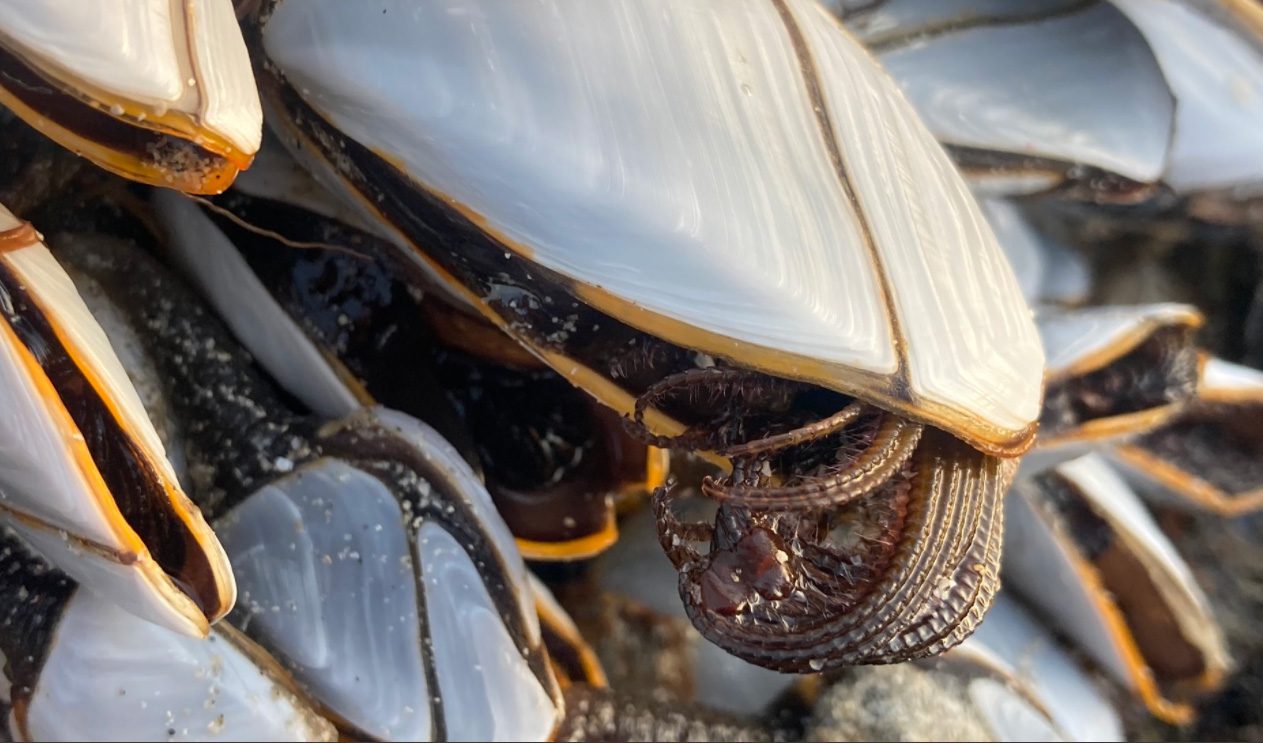 Goose barnacle growth on a basketball washed up on beach. (Peter Stronach via SWNS)

By Hamish Morrison via SWNS

Bizarre pictures show a basketball covered in barnacles washed up on Hebridean island - believed to have traveled for 18 months from North America.

Ecologist Peter Stronach, 43, from Aviemore, Highlands, stumbled across the ball and was intrigued about where it had come from.

"There had been a huge Atlantic depression going across and I was walking up and down the sideline looking for American birds," said the dad of one.

"The goose barnacles on it are a species that only grow in warm water. They don't grow in the water around the north part of Scotland."

Due to the number of barnacles which had accumulated on the side of the ball, it is believed it may have come from Florida - a journey of around 2,485 miles (4,000 km).

"I spoke to an expert beachcomber and he seemed to think they would take around two years to grow," Peter said.

He believes it may have traveled from as far as Florida in a journey taking nearly two years - due to many buoys arriving on the south west coast of England covered in the same species, which is different from goose barnacles from the Mediterranean.

"There are other examples of goose barnacles turning up in the south-west of England, on buoys from the Florida area," Peter said.

"The ones that grow in Spain and people eat are a different species. They are warm water species, so they won't have started growing in New York or something, it has to be further down."

Peter estimated there were around 200 barnacles growing on the basketball.

"They breed on any floating piece of debris on the water, so anything," he said.

"There are different species, this is a pelagic species, so they only live on floating debris. They don't grow on rocks or anything like that.

"They grow around the equatorial areas of the sea, so throughout the globe. The ball must have been in warm water to grow that much and then it's been swept across on the current."

‘World’s most expensive’ picture frame estimated worth over $2 million

A huge percentage of sufferers didn't know they had it and scientists say this lack of awareness led to a...