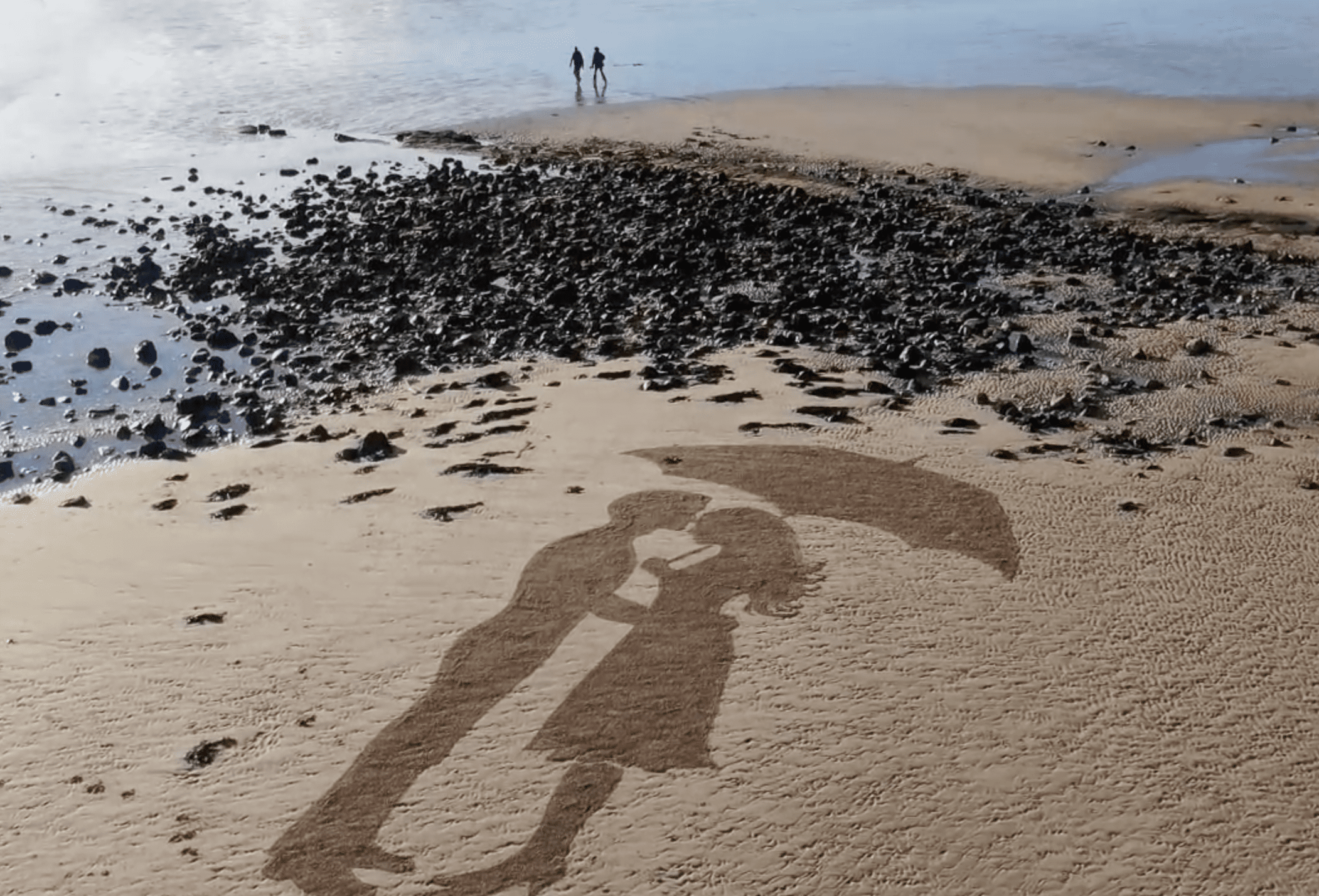 Thousands of rocks which emerged at low tide were temporarily transformed into a giant romantic artwork showing a young couple sheltering from a storm.

Beach artist Claire Eason spent two hours painstakingly carving the 100 ft-long figures using a garden rake before her efforts were washed away by the tide.

“I was walking along the beach and was struck by how many couples there were," said Claire, who took up beach art after retiring from a career as a GP.

“There were so many couples, young and old, some holding hands and some just walking next to each other.

She created the eye-catching artwork after becoming inspired by the rock formations on Beadnell Bay, in Northumberland, England.

The tens of thousands of rocks were only visible for a few hours at low tide when Claire, 57, set to work.

“I wanted to do something to celebrate the rock pools and formations on the beach which are only ever seen at low tide," she said.

“Suddenly I was inspired to turn them into a huge rain shower. I sketched out my idea and wanted to get the figures as close to the tide as possible so waited until low tide.

“I finished it just in time because the man’s shoes were just a few feet away from the tide.

“The image lasted just a few minutes before being washed away, but that is part of the romance of drawing on the sand, it’s always fleeting.”

This dog is better at Jenga than you