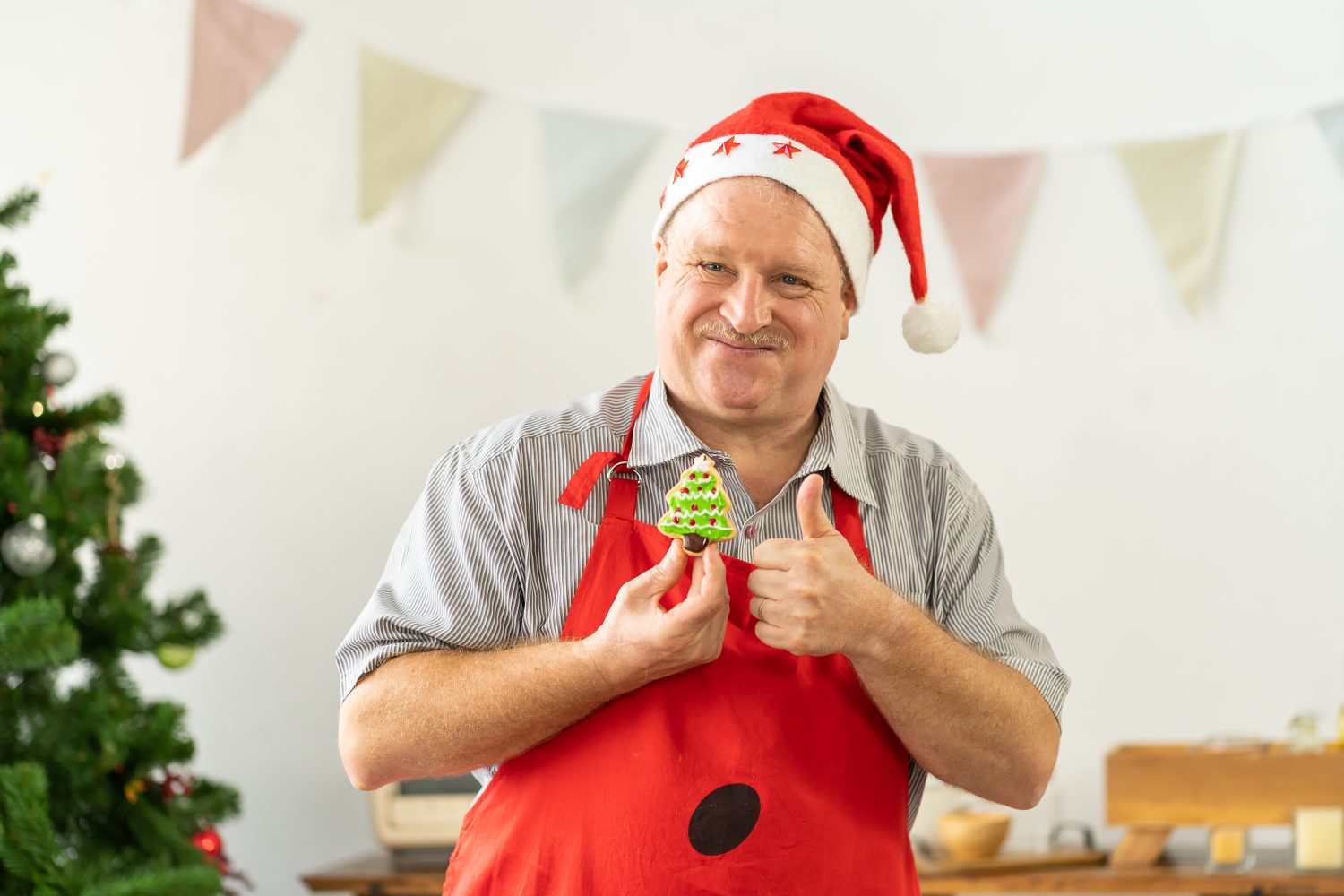 Between pumpkin pies, gingerbread cookies and an extra helping of stuffing with gravy, half of Americans have broken a diet due to the temptation of holiday foods, according to new research.

The fourth annual “Writing Off the End of the Year” survey explored the eating habits of 2,000 Americans who celebrate a winter holiday — and found few can resist overindulging during the festive season, regardless of whether they’re breaking a diet to do so.

Results suggest this overindulgence may affect respondents’ waistlines, as the average person expects to gain about eight pounds throughout the holiday season.

This is slightly more than in previous years — last year, respondents expected to gain seven pounds, compared to six in 2019 and 2018.

For 40%, that’s in addition to the weight they gained during the pandemic. Of those, the average respondent has gained a pound more than the “quarantine 15” since March 2020.

But some respondents aren’t concerned about their weight — 90% plan on enjoying the holiday season without worrying about maintaining a healthy diet.

That may be due to stress from the pandemic, which prompted 65% of people to feel they “deserve” treats this year, more than in other years.

Conducted by OnePoll on behalf of Herbalife Nutrition, the results showed that’s up slightly from last year’s survey, in which 61% said they deserved to indulge in holiday treats.

In this year’s survey, 48% of people admitted they’ve eaten so much during a holiday season that they’ve had to undo a button on their pants or loosen a belt, and 45% have eaten more than one of the same meals in a day — such as eating multiple lunches or dinners.

Others have eaten until they feel sick, unwell, or full to bursting — or they’ve deliberately worn stretchy clothes to accommodate overeating (both 39%).

“Holiday meals and festive celebrations don’t have to destroy your healthy lifestyle,” said Dr. Kent Bradley, chief health and nutrition officer at Herbalife Nutrition. “By focusing on eating proteins over carbs, slowing down your eating pace and making sure you don’t go to the party hungry, you can enjoy the party and minimize the weight gain.”

Two-thirds of respondents (64%) are even actively delaying their attempts to be healthy — and, of those, 56% said they’ll begin postponing their efforts by mid-November.

That’s up slightly from previous years: in 2020, 56% of Americans surveyed were postponing attempts to be healthy, compared to 41% the year before.

So, when do people return to their healthy lifestyle? Many will pick healthy habits back up in the New Year. Thirty-nine percent plan to make a New Year’s resolution for 2022, with the top goal being exercising more (27%).

That was followed by eating healthier (25%) and focusing on self-care (22%), rounding out respondents’ top three 2022 resolutions.

That mirrors the resolutions from last year’s survey, which revealed exercising more (26%), making healthier food decisions (25%) and focusing on self-care (21%) to be the top goals for 2021.

“The best and most successful New Year’s health resolutions combine nutritious, balanced diets and exercise, have specific and achievable goals, and activate a community of like-minded supportive people,” added Bradley.

WHAT HAVE RESPONDENTS DONE OVER THE HOLIDAY SEASON?

HOW HAVE RESPONDENTS OVERINDULGED DURING THE HOLIDAYS?

Vaccinated people to unvaccinated family: You have no place at home for the holidays

Beer and cider lovers gather for ‘Oscars of the brewing world’