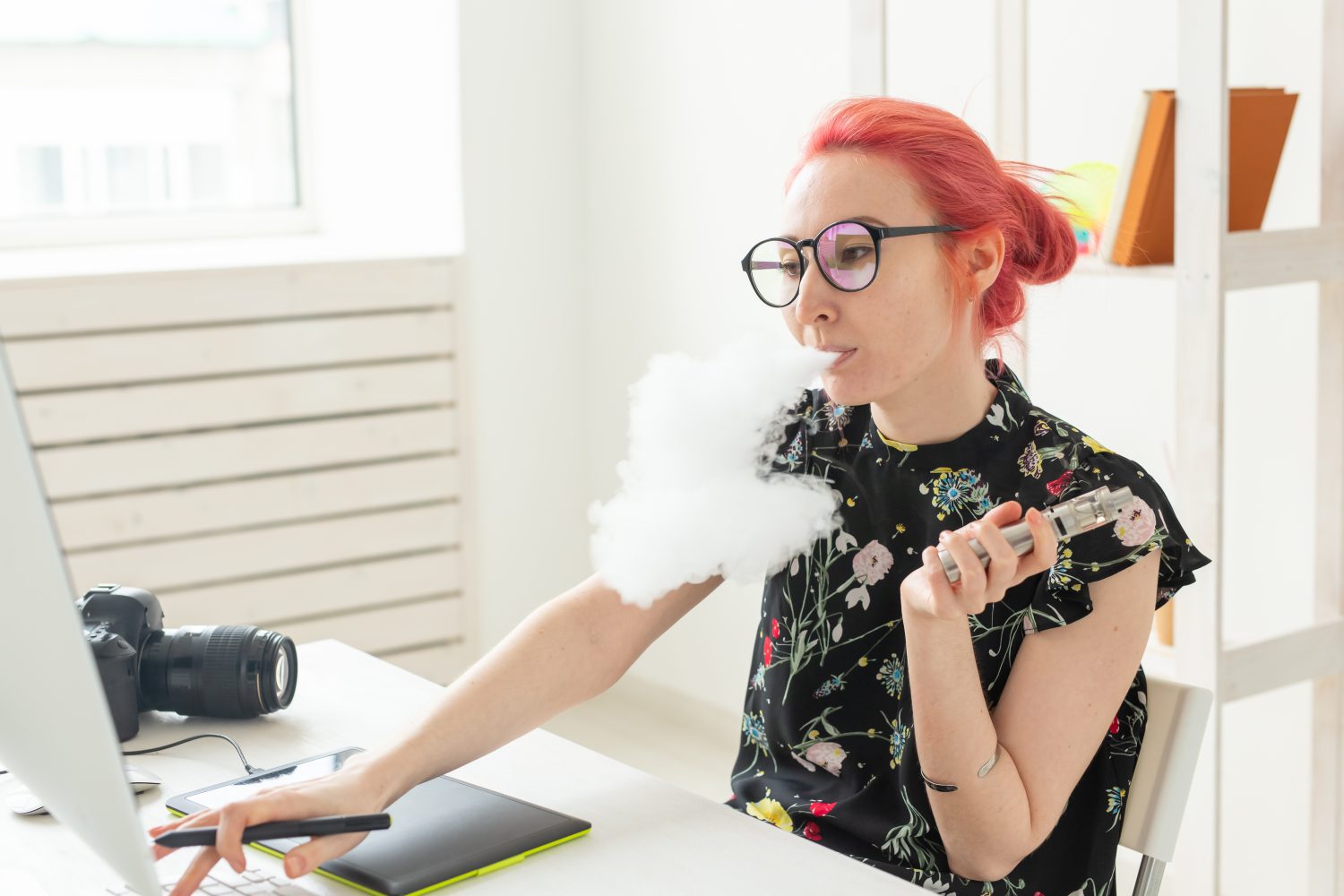 The chemical alterations - called epigenetic changes - can cause genes to malfunction.

They are found in nearly all types of cancer as well as other serious diseases. A similar pattern was identified between e-cig users and conventional smokers.

Lead author Professor Ahmad Besaratinia, of the University of Southern California, said: "Our study, for the first time, investigates the biological effects of vaping in adult e-cigarette users, while simultaneously accounting for their past smoking exposure.

"Our data indicates that vaping, much like smoking, is associated with dysregulation of mitochondrial genes and disruption of molecular pathways involved in immunity and the inflammatory response, which govern health versus disease state."

Mitichondria are the power stations of cells - extracting and storing energy from digested food.

"The released molecules can function as signals for the immune system, triggering an immune response that leads to inflammation.

"This plays a critical role in the development of various diseases, such as cardiovascular and respiratory diseases, metabolic diseases and cancer."

Since they hit the market over a decade ago, e-cigs have become particularly popular among young people.

They come in a variety of flavors, and have been marketed as a safe alternative to tobacco products. Studies have since suggested otherwise.

But most vapers are either 'dual users' who vape and smoke - or have a prior history of consuming traditional cigarettes.

Now a US team has demonstrated the devices are linked to adverse biological effects - irrespective of prior smoking history.

They divided 82 healthy adults into current vapers with and without a prior history of smoking, cigarette smokers and a control group who had done neither.

Information was verified through levels of cotinine, a breakdown product of nicotine, in blood samples.

Prof Besaratinia said: "We found more than 80% of gene dysregulation in vapers correlated with the intensity and duration of current vaping.

"Whereas none of the detected gene dysregulation in vapers correlated to their prior smoking intensity or duration."

The effects described in the journal Scientific Reports mirror those of smoking - which cause even more extensive harm.

The researchers have previously shown e-cig users develop some of the same cancer-related molecular changes in oral tissue as smokers.

They also discovered vapers had the same kind of cancer-linked chemical changes to their genome.

The latest study shows mitochondrial genes are preferential targets of gene dysregulation - in both vapers and smokers.

They also found that vapers and smokers had significant dysregulation of immune response genes.

The "novel and significant" findings are linked. Evidence is growing that mitochondria play a critical role in immunity and inflammation.

Roughly 1 in every 20 Americans use vaping devices and it's estimated that there are 7 million e-cigarette users worldwide.

Prof Besaratinia said: "Given the popularity of e-cigarettes among young never-smokers, our findings will be of importance to the regulatory agencies.

"To protect public health, these agencies are in urgent need of scientific evidence to inform the regulation of the manufacture, distribution and marketing of e-cigarettes."

He next plans to identify and investigate harmful chemicals common to both e-cig vapour and cigarette smoke.

Public Health England has repeatedly endorsed e-cigs. But other experts are worried about safety concerns and their use by young people.

Vaping has been linked to 200 health problems including heart disease and pneumonia.

In August another US team found vaping just once can damage cells - increasing the risk of cancer and other life-threatening illnesses.

Good news for coffee drinkers: It might prevent Alzheimer’s

How mindfulness techniques can ease racism