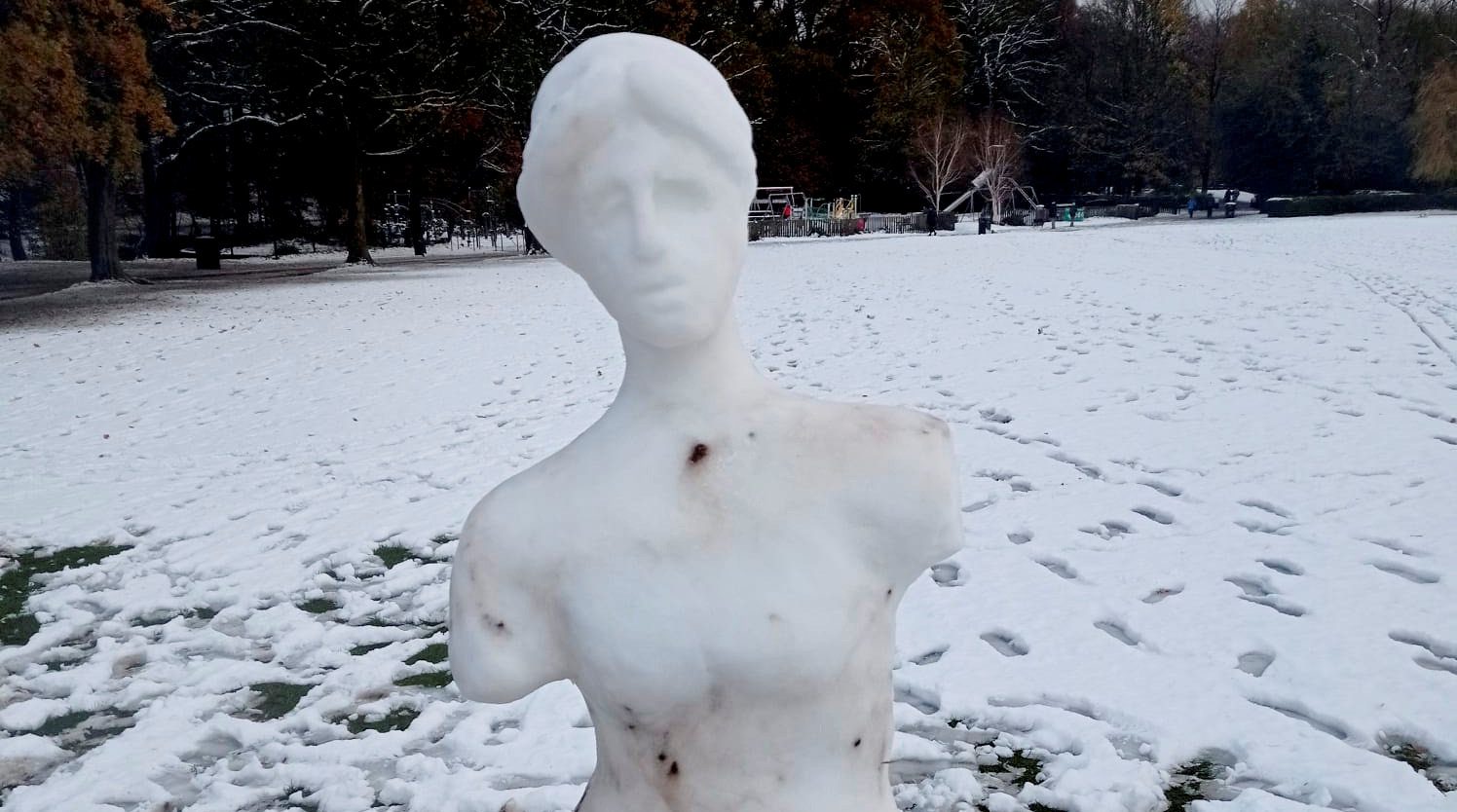 This amazing near-exact replica of one of the world's most classic sculptures has been created in snow by a mystery artist in a park.

The unknown sculptor painstakingly reproduced the Venus de Milo statue which dates back to ancient Greece over the weekend.

Staff at the cafe in Endcliffe Park in Sheffield, England said the icy replica of the representation of the Greek goddess of Aphrodite, was created on Sunday.

But so far, the talented sculptor has yet to come forward.

Josh Lofkin, who works at the Café, confirmed the intricated carving had now “melted away," leaving nothing but questions about its creator’s identity.

The real Venus de Milo statue was created in 125 BC in marble by a sculptor known as Alexandros and is regarded as on of the greatest examples of Ancient Greek sculpture.

It was found in pieces on the Aegean island of Melos on April 8, 1820.

Later, it was gifted to French king Louis XVIII as a present, who in turn gave it in the Louvre Gallery, in Paris, where it has remained since.

Remarkably, the snow-based replica retains all its features, including the damage to the sculpture’s arms.

Man uses his mouth to paint, make tea and even cross-stitch