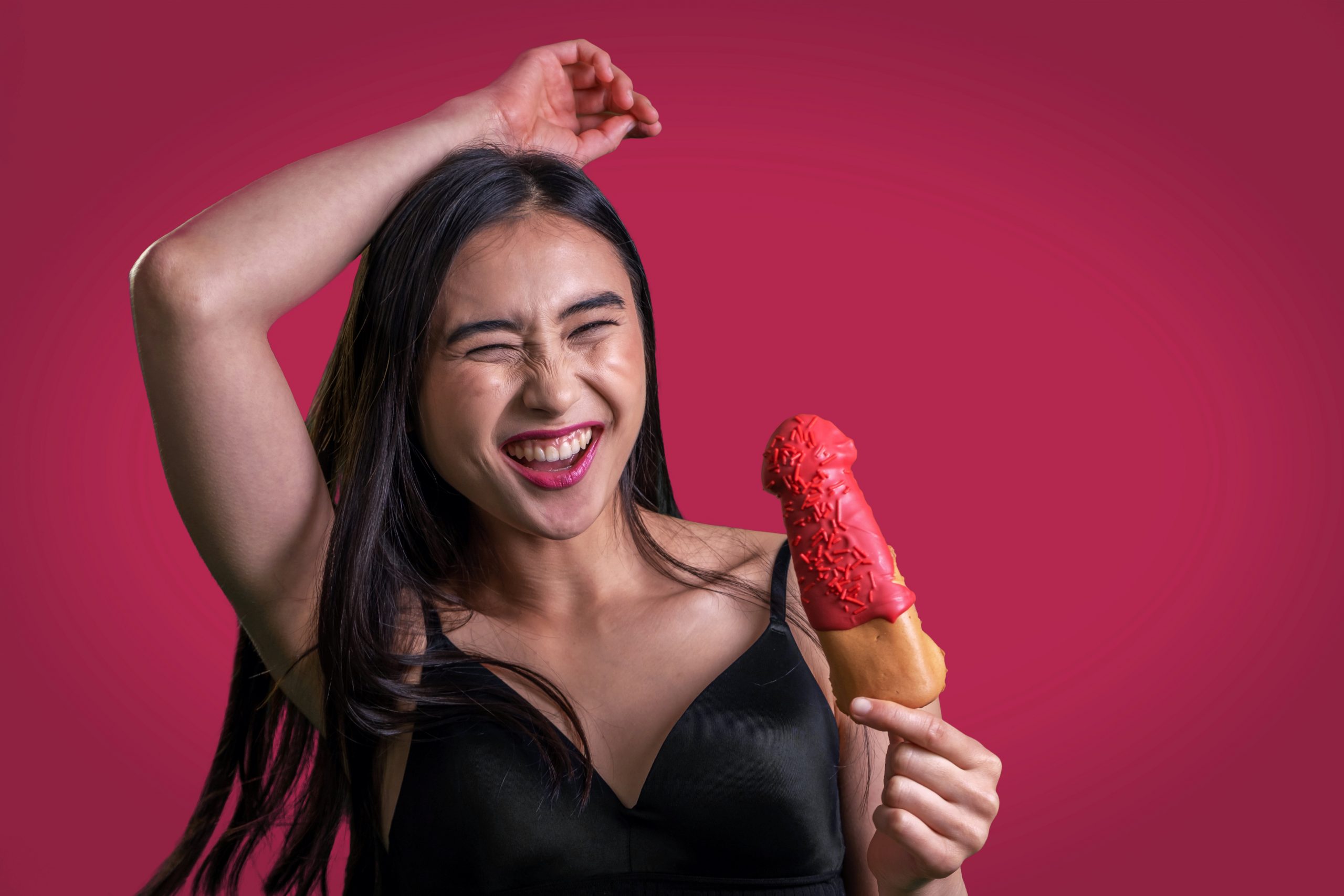 Nearly half of women who have sex on their period say it gives them a heightened sense of pleasure. (SWNS)

By Floraine Laroche, 72Point via SWNS

Nearly half of women who have sex on their period say it gives them a heightened sense of pleasure , but have been shamed for suggesting it, a study has revealed.

Research of 2,000 women found that only 15 percent have had sex while menstruating, and 70 percent have never even suggested it.

Only seven percent of women have been called beautiful for talking about or having sex on their period.

Conversations about sex during women’s periods may still be seen as one of the last taboos, but now a period pant brand has teamed up with a delicious new dessert range of sexy French waffles to 'destigmatize' attitudes towards menstrual sex.

Championing empowerment while women are on their periods, carbon-neutral, reusable and leak-proof period underwear brand WUKA, has partnered with London’s iconic Zizi Factory to create the wicked waffles, which were available until November 30.

The limited-edition waffles were available in two shapes - a penis and a vulva - and were created to celebrate WUKA’s new Lace Collection, which are designed to empower women to feel sexy while on their periods.

"The new research makes for some shocking reading when it comes to outdated attitudes towards period sex and women’s own body image during menstruation," said Ruby Raut, co-founder and CEO of WUKA.

"Just 11 percent of women say they usually wear lacy pants while they’re on their period but 63 percent say it makes them feel sexier."

Over a quarter (28 percent) have found it helps with their period pains, while a quarter confess it helps with headaches, and 14 percent say it’s an aid to dealing with muscular pains.

When it comes to how they feel during their period, more than half of women (54 percent) feel bloated, while 48 percent feel irritable and 43 percent feel unattractive.

And 26 percent go as far as to say they are left feeling dirty when they’re on their period.

Only six percent of women feel happy and desirable during their period.

A towel is a girls’ best friend though, with 63 percent using a towel to absorb the blood and 31 percent have sex in the shower instead of a bed during their periods.

The number one sex position for British women while they’re on their period is the missionary (43 percent), while more than a quarter (27 percent) say doggy style is their favorite, and one in five (20 percent) prefer the cowgirl position.

But only 10 percent of women enjoy receiving oral sex when they’re on their period, and 41 percent admit they have NEVER do this while they’re menstruating.

British males’ attitudes to women during their period has also uncovered some shocking views.

More than a third of men (39 percent) said they would rather not have sex with a woman while she’s menstruating.

A shocking 55 percent of women say they dislike period sex as it’s messy, and nearly a quarter (24 percent) went as far as confessing it’s a major turn-off.

But a third of men (33 percent) believe women orgasm more easily when they’re on their period, and 40 percent think they have a higher chance of getting pregnant.

Despite some outdated views, half of men (53 percent) openly talk about periods with partners and female friends.

The two limited-edition waffles were available in two shapes, a penis and a vulva, the former being thicker and chewier and the latter being thinner and crispier.