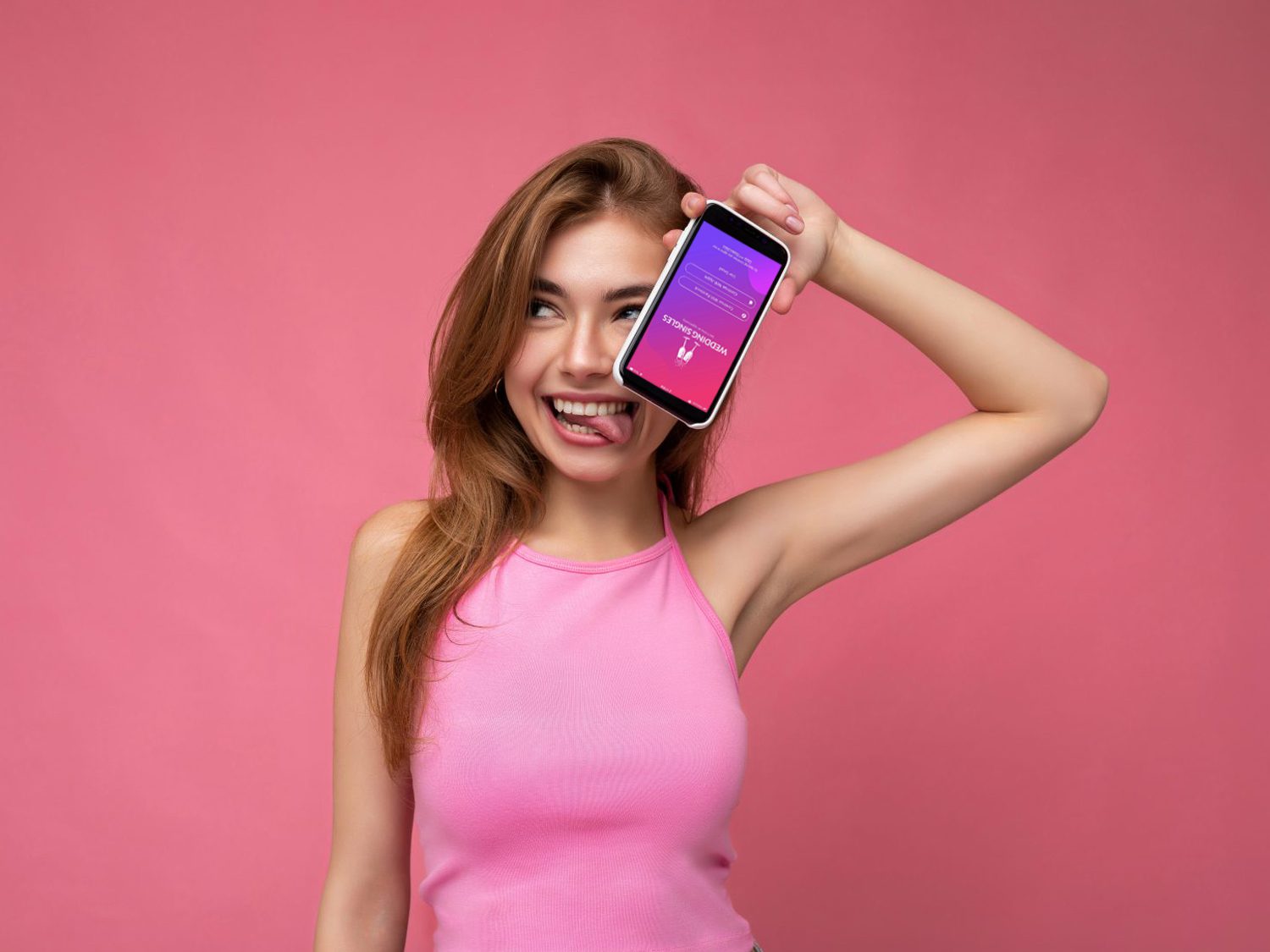 This app lets single wedding guests connect before the big day even happens.

Dinara Aprym Miller, 32, and her husband Mark Miller, 33, launched ‘Wedding Singles,’ a dating app that lets single wedding guests get to know each other before the wedding day.

“We met on Match.com and we have the same passion to help people find love,” said Dinara who works as a television editor in Los Angeles.

Dinara got the idea for the app after talking to her husband about an upcoming wedding.

“I came up with it because we have a wedding coming up next year and there are a few of my girlfriends who always say ‘if you know a really good guy for me please introduce me,’” she said.

“I was like okay well we have a wedding coming up and I would love for single guests to connect with each other and also find love.”

They decided to create Wedding Singles, launching it in early November.

“The bride and groom register on the app and they’ll add their name, a photo of them and they’ll create a unique code that’s only used for their wedding,” said Mark who builds apps for a living.

“They’ll take that code and share it with all the guests. The guest will sign up on our app and they’ll use that code to join for the wedding.

“So, in the app the singles will see other singles, they can like their profiles, send them likes, see profile details, things like that.”

And the app only shows people who will be attending the wedding.

“Only those people that are going to the wedding will see other singles,” Mark said.

“There’s no random people, it’s just people at the wedding that are single.”

They already have 37 users at time of writing.

“We went to two bridal shows and both times we were so grateful,” Dinara said.

“We were nervous, but every single bride and their guests or family member who came were super excited about the app.

“The first one there was no Wi-Fi to sign up, so they took all the flyers. The second one we had about a dozen brides who signed up.”

This isn’t the couple’s first app geared towards connecting couples.

“The first one was called Lovescan, it was during the peak of COVID,” Mark said.

“It was a virtual speed dating app.”

People would purchase tickets through the app and then be connected to 10 other speed daters in their area.

“So it’s not like they would be talking to people across the country. Everyone on the app was local to the area,” Mark said.

“Our first night launching it, the event sold out. We’re not really hosting events there anymore, all though the app is still in existence.

While the app is currently free, Dinara said they do have plans to monetize it down the road.

“Right now, we don’t want to ruin any excitement for the single guests before the wedding,” she said.

“For now, they can view profiles and like each other, but we plan to charge for them to get notified if there’s any mutual likes or to send a limited number of emojis before the wedding. Of course, no inappropriate emojis allowed.”

Still, she thinks the app is worth getting excited over.

“We would get excited personally if we were still single to use the app,” she said.

“Knowing ahead of time before the wedding who’s single, how do they look, what are their interest, hobbies, values, that’s a lot of information to get to know the person for or before the very first meeting.

“It saves time from all the dating apps and gives some credibility since the single guests are all friends of the wedding couple.

“It builds excitement for single guests prior to the wedding!”