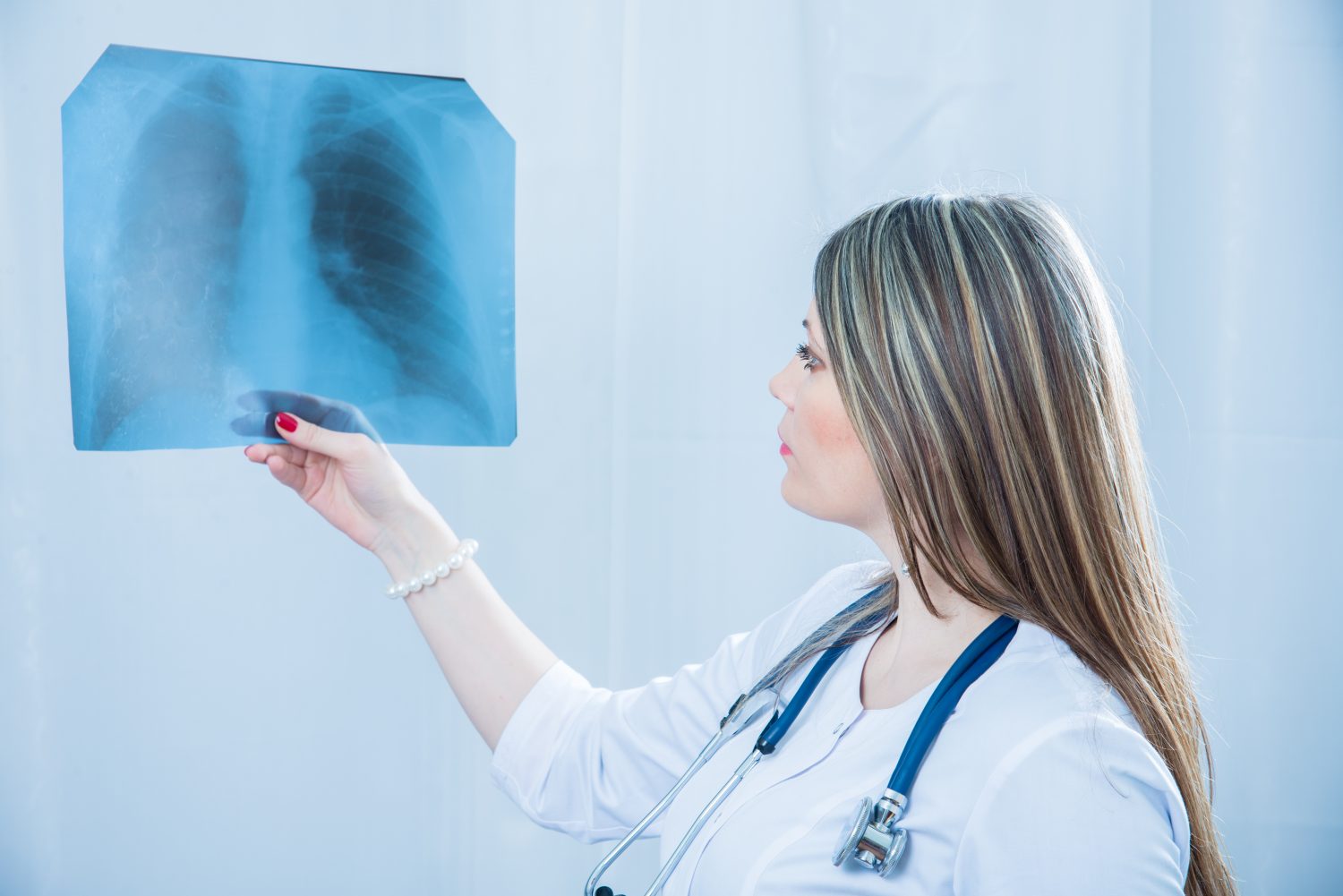 (Photo by Bee Bonnet via Shutterstock)

A screening program could slash deaths from lung cancer by 80 percent, according to new research.

Substantial declines in mortality rates are due to earlier diagnosis and surgery, say doctors.

The finding contradicts previous claims suggesting they were solely down to improved therapies.

Scientists called for increased use of CT (computed tomography) to combat the disease.

The scans uncover pre cancerous 'nodules' and early tumours when they can be removed with surgery - often leading to a complete cure.

Otherwise, they continue to grow unnoticed. Lung cancer is the world's deadliest cancer. Nine in ten cases are caused by smoking.

The findings are based on an analysis of 312,382 patients in the US. They had non-small cell lung cancer, the most common type.

"This study emphasizes the impact of screening followed by surgical intervention to save lives in people at high risk for lung cancer."

Experts in the UK are demanding the government brings in routine CT scanning.

Prof. Claudia Henschke, also from the Icahn School of Medicine, leads one of the largest lung cancer screening programs - overseeing an international registry of more than 80,000 patients.

"If all people who were eligible to be screened received the low-dose CT scan, which has a dose of radiation comparable to an annual mammogram, we could save up to 80 percent of those people," Henschke said.

“Our lung cancer screening program is open to all people at risk of lung cancer, anyone who is 40 and older whether they are never-smokers, current smokers or former smokers."

The disease is particularly brutal. Three out of four cases are diagnosed at stage three or four, when it is too late for potentially life-saving treatment.

Using data from 2006 to 2016, Prof. Flores and colleagues found deaths fell by about 4 percent each year.

The average length of survival for patients with early stage lung cancer is almost five years - compared to seven months for late stage.

In 2013, the US Preventive Services Task Force (USPSTF) recommended annual screening in older smokers with a 30 pack-a-year history.

Lung cancer is found in 24 percent of scans. An earlier method using chest X-rays only identified tumors 7 percent of the time.

"These findings in context with prior studies seem to suggest awareness of CT lung cancer screening is associated with an earlier detection of non-small cell lung cancer," said co-author Prof. Emanuela Taioli, of The Tisch Cancer Institute at Mount Sinai.

"But unfortunately, patient adherence to the USPSTF guidance on lung cancer screening with low-dose CT remains low, at around five percent of those people who meet the criteria.

"That means that we cannot only attribute CT screening to decreased mortality, but our findings reinforce the importance of screening in the early detection, intervention and effective treatment of cancer."

Lung cancer is diagnosed in more than 200,000 people annually in the US - claiming around 145,000 lives a year. It has one of the lowest survival rates of all cancers.

Anti-smoking campaigns have helped reduce deaths in the UK and the US, but doctors say more needs to be done.

The study in JAMA Network Open is the first to explore the role of diagnosis at earlier stages due to early detection.

It used data from the SEER (Surveillance, Epidemiology, and End Results) Program, an authoritative source for cancer statistics.

Prof. Henschke said the study underscores the need to ensure people who are eligible for screening receive it.

She also called for the expansion of eligibility given the increase in nonsmoking patients whose lung cancer is largely found in later stages.

Early in 2018 Ruth Strauss, wife of England Ashes hero Sir Andrew Strauss, was diagnosed with such a form.

Ruth died the following December. She was 46 years old and mother to two children, then ages 10 and 13.

Earlier this year a study by University College London found CT scanning can diagnose 70 percent of lung cancer cases at stage one or two.

The researchers recruited 12,100 smokers and ex-smokers aged 55 to 78, many from deprived parts of the capital.

Cancer Research UK said: "Lung cancer survival has not shown much improvement in the last 40 years."

Only one in six sufferers live for five years after diagnosis. One in ten survive for ten years.

NHS England has been carrying out small-scale trials in areas where smoking rates are highest.

People are offered the chance to have a CT scan to check their lungs, sometimes using a scanner in the back of a lorry in a supermarket carpark.

The NHS says: "There is currently no national screening program for lung cancer in the UK.

"However, trials and studies are assessing the effectiveness of lung cancer screening, so this may change in the future."

Why meerkat mobs are crucial to the survival of the species