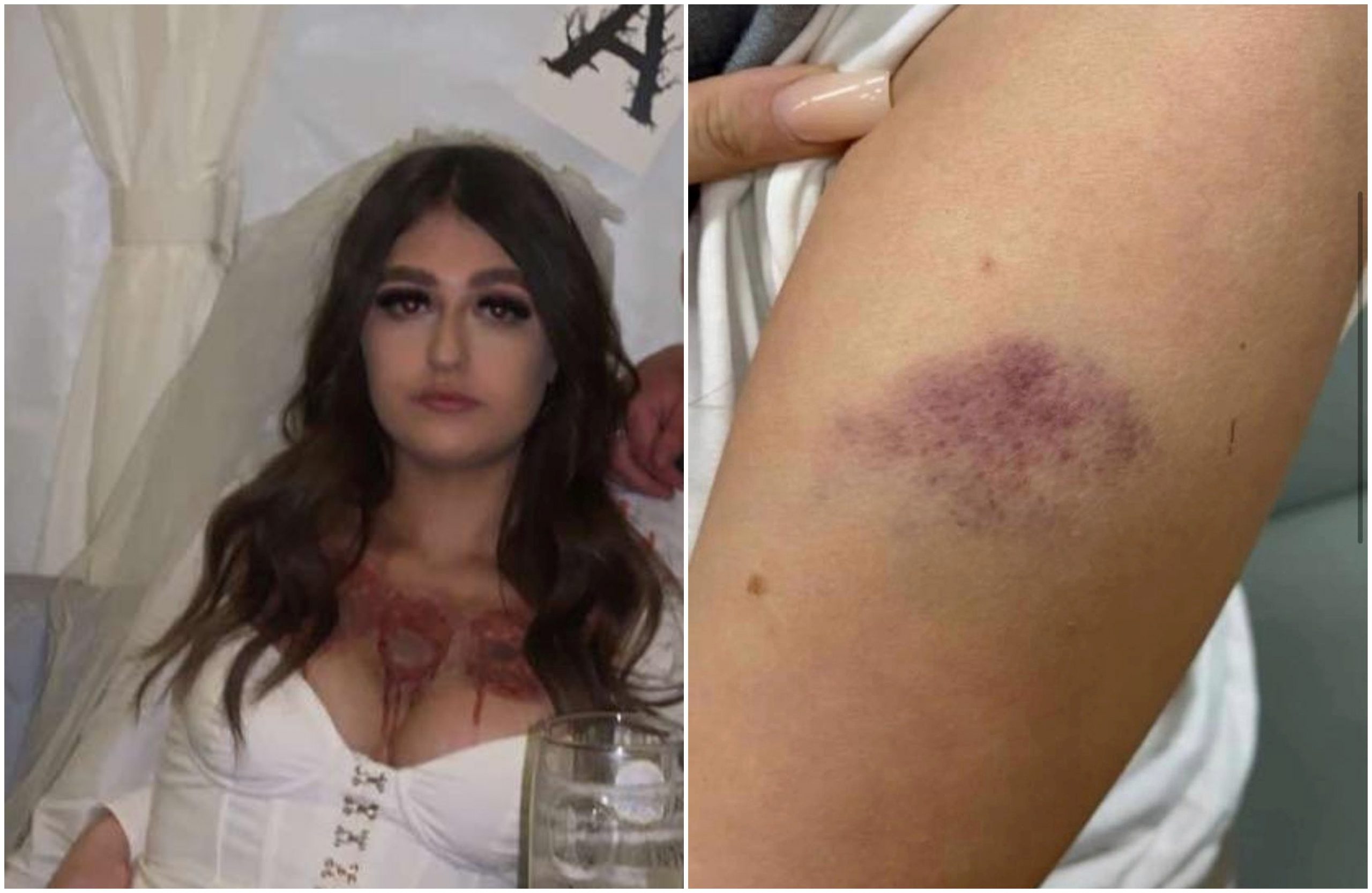 A teen who fears she was spiked with a needle on a night out says police told her CCTV was “too long to look through.”

Molly Hargreaves, 19, fears she was injected by a syringe while she was out celebrating Halloween with friends.

Molly, of Abingdon, England had visited several pubs when she started to to feel unwell
and feeling dazed out.

She was unable to walk the 20 minute journey home as she was really wobbly ,so she had to be pushed home in a trolley.

Terrified Molly later noticed a bruise appear on her arm near a puncture mark.

She reported it to Thames Valley Police, who said it was investigating a report of a potential needle spiking incident.

But Molly has since said the investigation has been “so disappointing” and she has been made to feel as if she should “be the person to investigate it.”

She claims police told her they were not going to check the CCTV as the time frame she gave could be inaccurate and it was “too long to look through."

“The police officer who spoke to me said they had spoken with the detective who said to stop the case as there was no point in watching all of the CCTV," Molly said.

''They said if there is another new case they will reopen mine.

''It’s so disappointing, it feels like the police will only care when something serious happens after somebody has been injected or spiked.

“These people could carry on doing it and they’re not getting any consequences.”

Molly's case came as concerns about spiking incidents grabbed national attention following a spate of spiking by injections in clubs across the UK.

“I haven’t been able to go out since. I went out once with my boyfriend, but I could only stay out for about 30 minutes," Molly said.

''I felt like people were way too close and they were going to attack and hurt me. They were probably perfectly normal people but I just didn’t feel safe.”

"An investigation has been conducted following a number of lines of enquiry.

''That investigation has now concluded and will be filed pending further information coming to light.

"Thames Valley Police are working closely with venues and partners to make sure they are aware of the measures they can take to ensure the safety of those who attend their pubs and clubs.

''We are also asking them to be vigilant and report any instances of drink spiking to us so we can investigate and take any action against offenders."