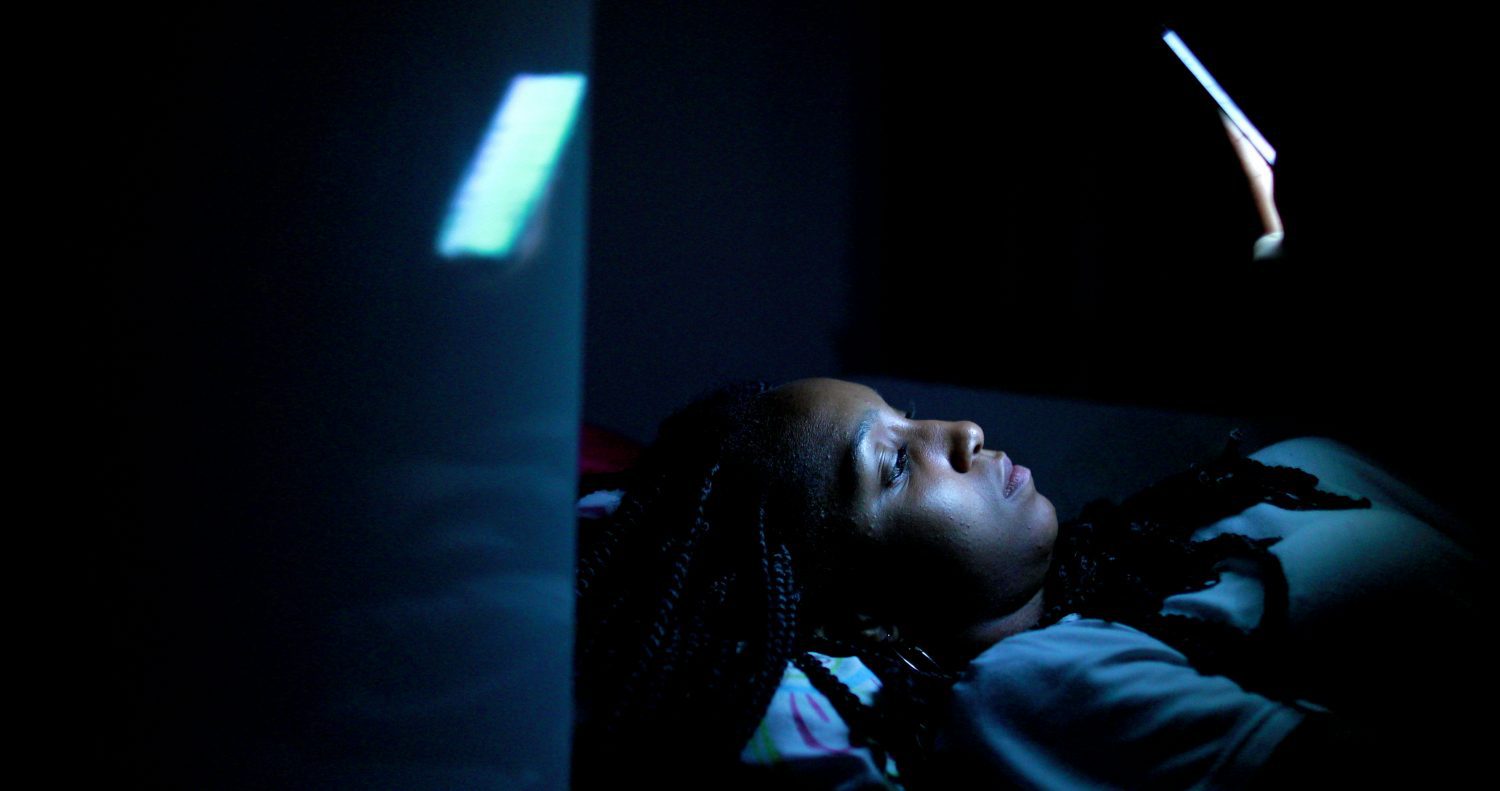 Children can lose sleep if they go on their phone too much before bed but not if they look at it during the day, according to a study.

Researchers said phone use is one reason many children do not get enough shut-eye, even though it is vital for their growth and development.

Scientists said the link between phone use and sleep deprivation could be down to mental stress, blue light exposure and radiofrequency electromagnetic fields emitted by devices.

But in a surprising twist, the researchers added that excessive phone use during the day does not make it harder for children to sleep at night.

The experts examined the online habits of 1,500 nine to 12-year-olds in Spain and the Netherlands.

They estimated how exposed to radiofrequency electromagnetic fields- which come from phones, laptops, tablets, TV and radio aerials and WiFi hotspots- the children were and collected facts and figures on their phone use through a questionnaire.

They then collected information on how much a group of 300 of the children used their phones after 7pm, and measured their sleep for a week using a wrist accelerometer and sleep diaries.

The children slept for an average of seven and a half hours a night.

One in five children made phone calls in the evening, but they slept for 12 minutes less than their peers.

No link between phone use during the day and sleep deprivation was found.

The study was the first of its kind to look at whether exposure to radiofrequency electromagnetic fields in the day, as opposed to the evening, has any impact on sleep.

Professor Monica Guxens, of the Barcelona Institute for Global Health and the study’s senior author, said: “Sleep is crucial for the health and development of adolescents. Inadequate sleep duration or quality is known to lead to adverse physical and mental health consequences.

“Despite its importance to health, insufficient sleep duration and resultant daytime sleepiness are prevalent among adolescents.

“Several biological, social, and environmental factors play a role in determining sleep patterns and have been related to insufficient sleep duration.

“The use of mobile communication devices such as mobile phones and tablets has been described as a potential factor impairing adolescents’ sleep.

"There are very few studies examining the potential effect of radiofrequency electromagnetic fields on sleep."

Alba Cabré-Riera, of University Pompeu Fabra in Barcelona and the study’s first author, added: “Our findings do suggest the amount of radiofrequency electromagnetic fields absorbed by the brain in the evening might be more relevant to adolescents sleep.”

“We cannot exclude the possibility that children who use their phones in the evening sleep for 12 minutes less is due to other factors related to the phone call and not to exposure to radiofrequency electromagnetic fields.”

Led by a team from the Barcelona Institute for Global Health, the study was published in the journal Environmental Research.

Queen goes Green: Engineer hired to put solar panels on one of her castles