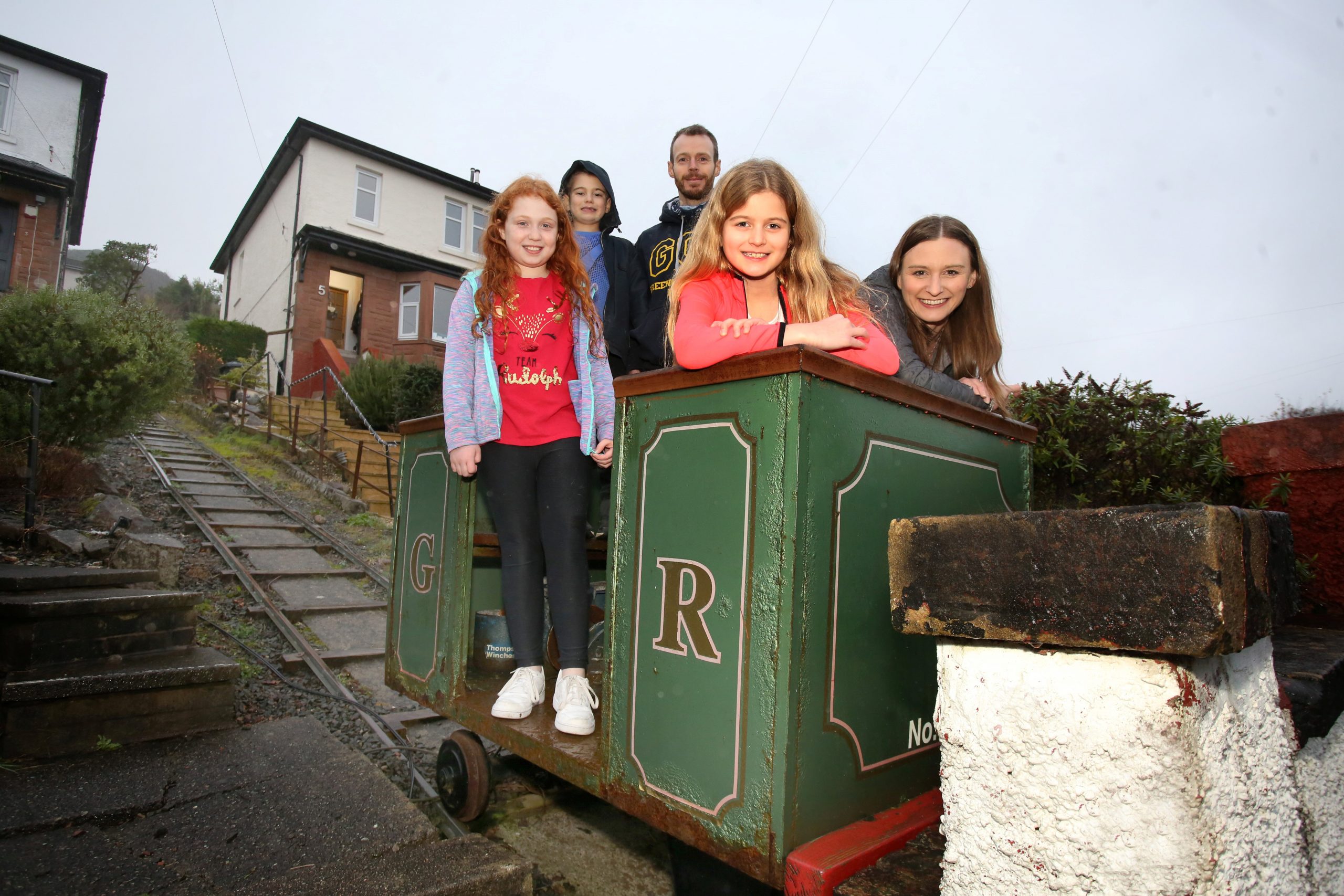 By Sarah Ward and Gordon McCracken via SWNS

A family inherited one of Britain's smallest funicular railways when they bought their house - and used it to help move a piano.

A former owner had installed a miniature funicular railway in the front garden due to the steep hill, overlooking the coast on Lyle Street, Greenock, Scotland.

Mom-of-three Ali, a pharmacist who is training to be a doctor, accidentally broke the motor in 2011, a year after they moved in.

The couple had just brought baby daughter Bethany back from hospital when Ali left the button pressed down for two long as she maneuvered stuff into the house, and the quote for repairs ran into thousands.

It had got regular use for transporting groceries and the buggy with oldest child Ellie, now 12, and the family hope to fix it again.

Bethany, now ten, and her friend, Daisy Jewell, also ten, like to play on it.

Their youngest child, Joshua, aged seven, has never seen it in use but Ali said she feared it might prove "chaos" with three kids and a dog trying to use it.

"When we looked at the house, Ellie was about seven months old - we were looking for somewhere with a garden," she said.

"It's got so many steps and the view overlooks the water, it's really nice.

"We ended up looking at the house and we didn't know about the railway.

"When I came home from the hospital with Bethany, Owen had hurt his back and couldn't lift stuff.

"I put something on the button to hold it down and the motor burnt out.

"There's no way we would have got a piano into the house without it.

"When we moved in we used it all the time.

"When the baby was small we used to put her in the pram at the bottom of the steps so she didn't wake up."

As well as the motor, the cable will likely need to be replaced although Ali is hopeful it might cost less than they were told a decade ago.

The railway has the letters 'G' and 'R' painted on it - for Glen Rail, as the house is named The Glen.

Now the children are older it also poses less of a safety hazard if it were to be repaired.

"Now they are older they're likely to be more sensible," Ali said.

"If we can get it fixed then great."

It was originally installed by ship's pilot James Morrison, who sold the house on in 2001.

The couple bought it from the next owner but heard from Mr. Morrison's son, who told them his dad installed it for practicality when he began to struggle with the steps.

"We would like to restore it, now it would be really useful for doing the shopping and things," Ali said.

"Four adults can travel in it.

"If somebody offered us lots of money for the house I'd take it."