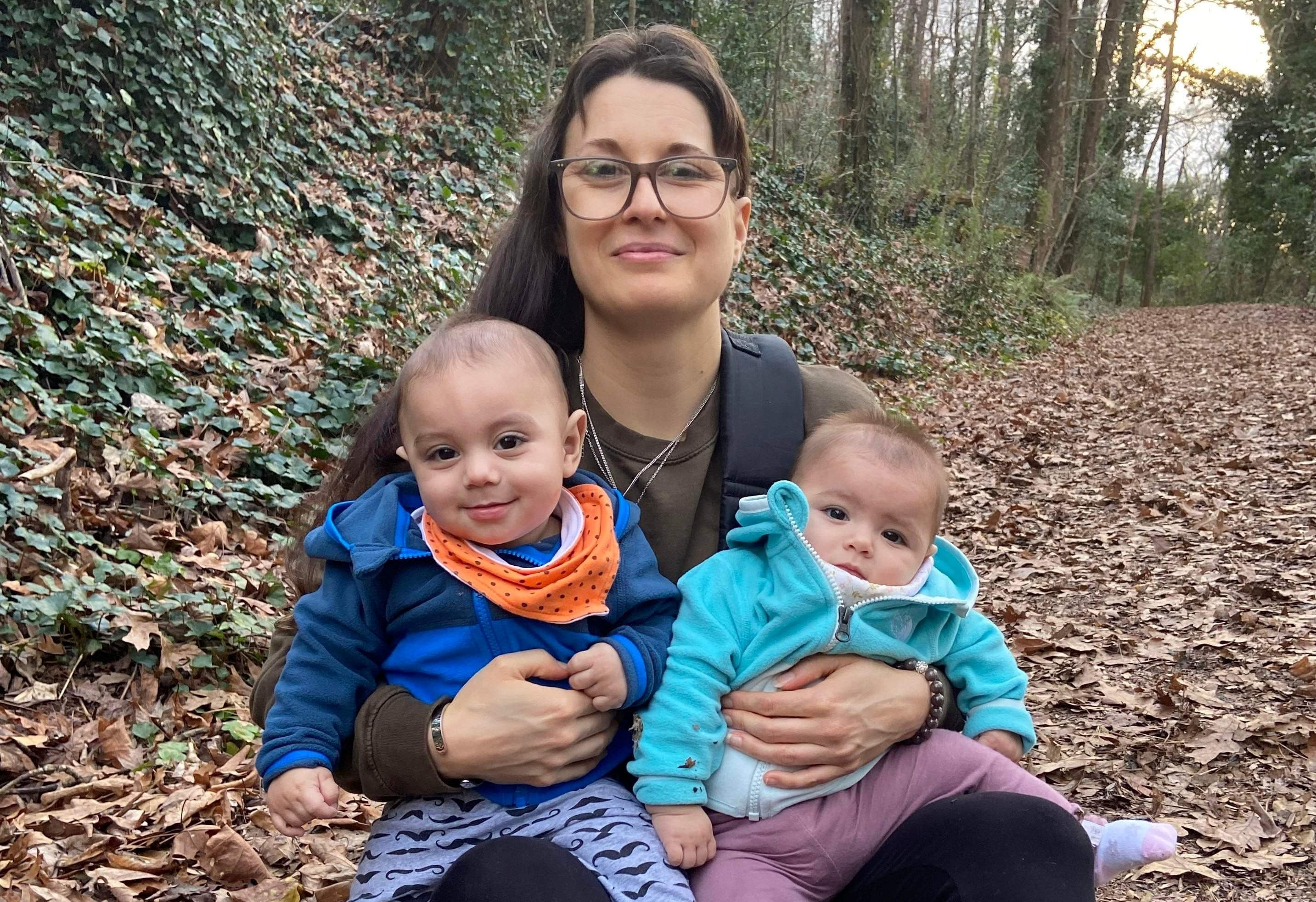 Kylie Weatherby with her twins Luca and Malena. (Brain Tumour Research via SWNS)

By Sarah Lumley via SWNS

A mom diagnosed with a terminal brain tumor while pregnant had twins - and was then told she was cancer-free.

Kylie Weatherby, 33, was 36 weeks pregnant when she woke up one morning in May 2021 feeling unwell.

She rushed to the bathroom where she was violently sick and collapsed on the floor having a seizure.

The then 32-year-old thought she may have had pre-eclampsia, a condition her mom had suffered from during two of her pregnancies, but a scan revealed the shocking truth that she had a brain tumor.

Her doctors allowed Kylie - who is originally from Norfolk, England but moved to Alabama in 2012 - to continue with her pregnancy until May 28, 2021, when she delivered her babies, Luca and Malena, at 37 weeks by caesarean section.

Ten days later she was taken to the hospital by ambulance after complaining of severe head pain, and rushed into surgery after it became apparent her brain had become so swollen that it was squashing her tumor and causing it to bleed.

But severe swelling meant it was not immediately possible to rebuild her skull, so Kylie was sent home wearing a helmet to protect her exposed brain until the operation could be completed on July 1, 2021.

It was the day before that final surgery that Kylie found out she had a grade 4 glioblastoma multiforme (GBM), an aggressive and fast-growing form of brain cancer.

Kylie went on to have chemotherapy and radiotherapy - and on October 18, 2021, she was miraculously told her cancer cells were no longer detectable and she showed no evidence of disease.

Kylie is now being monitored with three-monthly scans and planning to move back to the UK to be closer to family.

Her mom Barbara Hollands, 59, is preparing to take part in the Brain Tumour Research charity’s 10,000 Steps a Day in February Challenge, inspired by her youngest daughter’s brain tumor battle.

“They were honest and straight with her and said they didn’t know how long she had, but they did get everything out that they could see - but obviously these tumors have tentacles you can’t see which is the worry," Barbara said.

“Quite honestly, you wouldn’t look at her and think she’s as poorly as she is, except when she gets tired but she’s got seven-month-old twins. She’s had no seizures since her operation and has got such positivity.

“I don’t know where she gets her strength from because I’m a wreck but I’m looking forward to her coming home permanently.

"I wish it could be sooner but in four months’ time they should be here and I think Nanny’s going to be a bit emotional.”

Barbara herself suffers from chronic obstructive pulmonary disease (COPD), a lung condition that causes difficulty breathing - but was encouraged to ‘go for it’ when she told Kylie about the challenge and is determined to complete it.

She will be adding to her step count with the help of her French Bulldog, Ryka, who already enjoys several walks a day, and keeping track of it using the phone app Strava and her Apple watch.

“This is the first fundraiser I’ve ever taken part in but I think I’ll be able to do it," she said.

"The most important thing is to raise money for research because it’s only with continuous research that things will improve and it might only take something small to help those affected live that extra few years.

“I’m hoping I’m not going to lose Kylie but I also have to face the possibility I might have two babies to bring up at some point but by doing this challenge I could help fund a breakthrough that could stop this disease from taking her away from me.”

After a successful first challenge a year ago which raised nearly £1 million($1. 3 million) to support vital research and campaigning, Brain Tumour Research’s 10,000 Steps a Day in February Challenge is back.

The charity is calling for people to step up to the Facebook challenge and make it even bigger and better in 2022.

Participants will receive a free emoji t-shirt and fundraising pack when they receive their first donation and a special medal if they raise £274 ($372) or more.

“We’re really pleased to hear about Kylie’s latest results and welcome the support of her mum, Barbara, in helping us to raise the funds needed to research better treatment options and outcomes for brain tumour patients and, ultimately, find a cure,"said Charlie Allsebrook, community development manager for Brain Tumour Research.

“The statistics speak for themselves; brain tumors kill more children and adults under the age of 40 than any other cancer yet historically just 1% of the national spend on cancer research has been allocated to this devastating disease. We’re working to change that.”

Brain Tumour Research funds sustainable research at dedicated centers in the UK. It also campaigns for the Government and the larger cancer charities to invest more in research into brain tumors in order to speed up new treatments for patients and, ultimately, to find a cure.

The charity is the driving force behind the call for a national annual spend of £35 million ($47.5 million) in order to improve survival rates and patient outcomes in line with other cancers such as breast cancer and leukemia and is also campaigning for greater repurposing of drugs.