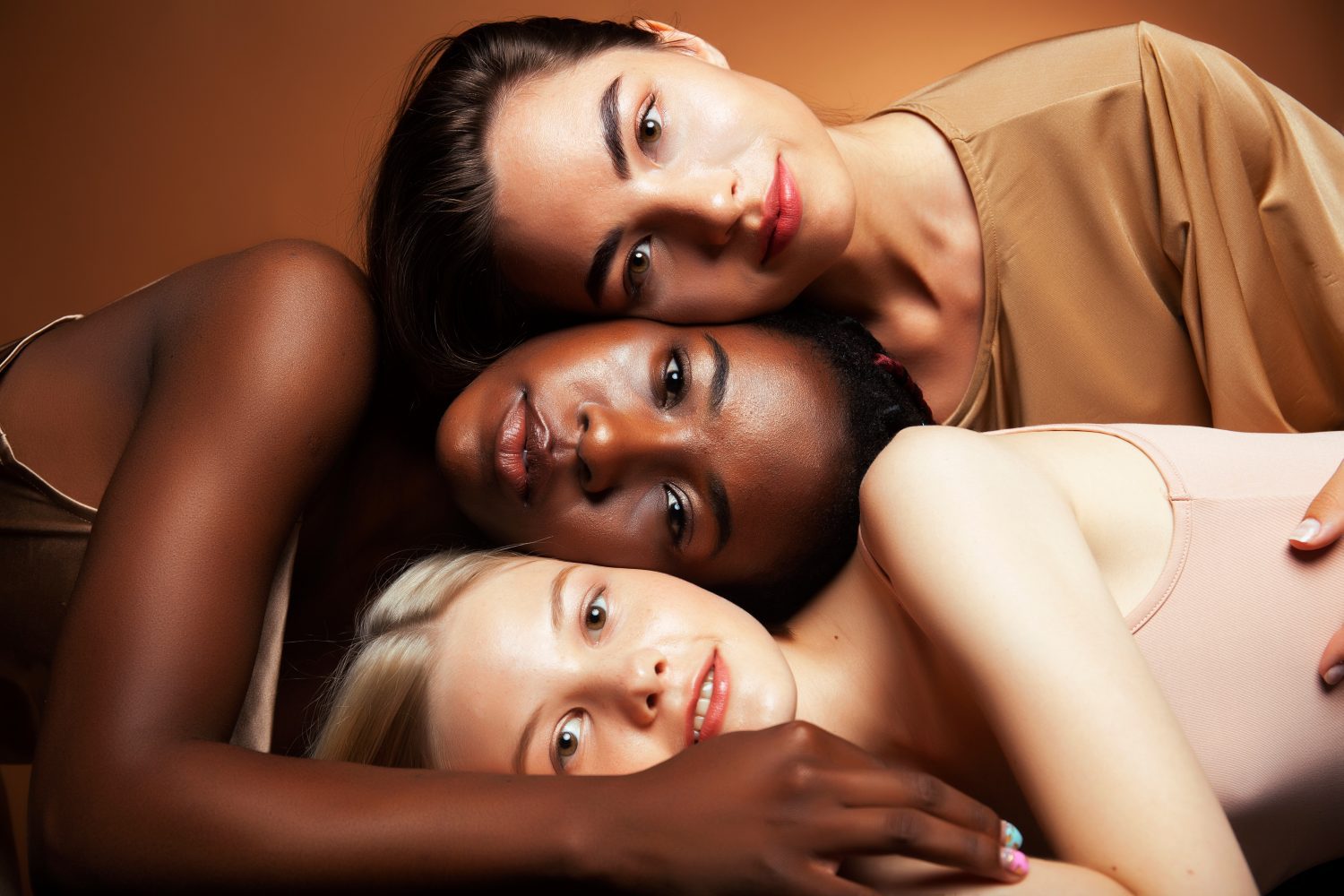 More than three in five images relating to beauty in online content feature women who are white, slim, have long hair and are wearing make-up, according to new analysis.

A study of more than 1,400 images across stock image sites, media outlets, and search engines, found 73 percent of pictures accompanied by words relating to ‘beauty’ featured a white woman.

In 88 percent of those, the woman was depicted as slim, while 65 percent showed them having long hair, and 73 percent were wearing make-up.

By comparison, body shape and racial diversity were disproportionately represented, with only a quarter (25 percent) of images featuring a woman of ethnic diversity, and just two percent of a plus-sized woman.

And only one in 20 images showed women with visible wrinkles, while just one percent had age marks, scars or acne.

The study, by dating app Plenty of Fish and social psychologist Dr. Sandra Wheatley, looked at 1,455 images from 67 of the largest-reaching online media and content outlets in the UK - including search engines and stock image websites.

The images were analyzed when searching for the terms ‘beautiful,' ‘pretty’ and ‘attractive.'

A review was then conducted of the top 10 results on each media website, and the first 50 images shown on search engines and stock image sites, against a series of aesthetic criteria.

It comes after a poll of 2,000 adults, commissioned by the dating app, found that despite a spotlight on diversity and representation over recent years, more than a third (35 percent) still don’t see themselves reflected in cultural content, media and advertising.

Three-quarters believe such content exacerbates ‘pretty privilege’ - which affords certain advantages to those deemed stereotypically attractive - since it showcases a narrow and old-fashioned idea of beauty.

And 70 percent feel media and brands must do more to show greater diversity in their promotional materials, to dispel such biases.

Dr. Sandra Wheatley said: “It’s no secret that pretty privilege exists in society, ingrained in the interactions we have with ourselves and others daily.

“However, what is most concerning is the underlying acceptance of it as normal, when more needs to be done to challenge and overcome it.

“The ‘Pretty Clever Plan’ I’ve developed with Plenty of Fish will take steps towards addressing the issue, by offering tangible advice for people to start implementing a universal celebration and empowerment of all, regardless of appearance.”

The study also found 21 percent of adults have felt judged by others for dating someone who doesn’t conform to stereotypical notions of beauty, with 27 percent admitting this has impacted their decision to date them.

And 65 percent have missed out on opportunities due to not fitting the ‘pretty’ mold.

More than two-thirds (69 percent) also feel that the more a person aligns with society’s standards of beauty, the more likely they are to have an advantage in life.

It also emerged that 63 percent admit their mental health has been negatively impacted, as a result of beauty biases that made them feel inferior (57 percent) or insecure, and self-doubting, about their own appearance (42 percent).

Another 41 percent have even turned to the extremes of altering the way they look in real life and online to conform to society’s standards.

Plenty of Fish, which banned heavily filtered photos across its platform in 2019, is launching the ‘Pretty Clever Plan’, created in partnership with Dr. Sandra Wheatley, to help dispel beauty biases and combat societal privileges.

It has been developed after 56 percent of adults admitted they have previously allowed looks to influence their judgment of another.

And 65 percent of those polled, via OnePoll, agree that pretty privilege is an underlying issue throughout society that needs to be addressed.

Kate MacLean, resident dating expert from Plenty of Fish, said: “We’ve been taking a stand against beauty biases and pressure to look a certain way since we banned heavily filtered photos from our app in 2019.

“While things have improved over time, the research reveals there is more to be done, so we’ve created our ‘Pretty Clever Plan’ as another step towards tackling the issue.

“We want to inspire our members to embrace their true, authentic selves, and these guidelines should help them do just that.”

* Embrace who you are
It can be hard work trying to be someone you’re not. Cognitive dissonance makes the distance between a lie and truth feel uncomfortable so channel the energy into believing in yourself. How you look is irrelevant to your value - if you decide that is so.

* Perceive others positively
What you think affects how you feel so you may have more control over this than you realize. Focus on the positives in people’s personalities over their appearance. Be part of the change to value who we are rather than what we look like, and practice this when you meet someone for the first time or comment on their dating profile by complimenting them regardless of looks.

* Remember scarcity does not equal value
The belief that scarcity creates value is limited, especially in the dating game. Potential partners are not scarce so remember to enjoy the journey and remain true to yourself - you’ll have a better chance at finding the right one.

* Choose to be brave
Trust and love are earned so to get them you have to give them and that takes bravery. Choosing to be brave is a powerful psychological action. So be brave, take control and show potential partners you are worthy of a healthy, happy relationship.

* Create a self-fulfilling prophecy
There’s truth in “before you can love anyone else, you have to love yourself." Ask your loved ones to share their favorite part of your personality to boost your self-confidence and do the same for them to practice your search for sincerity.

This new luxury yacht is actually a Blimp