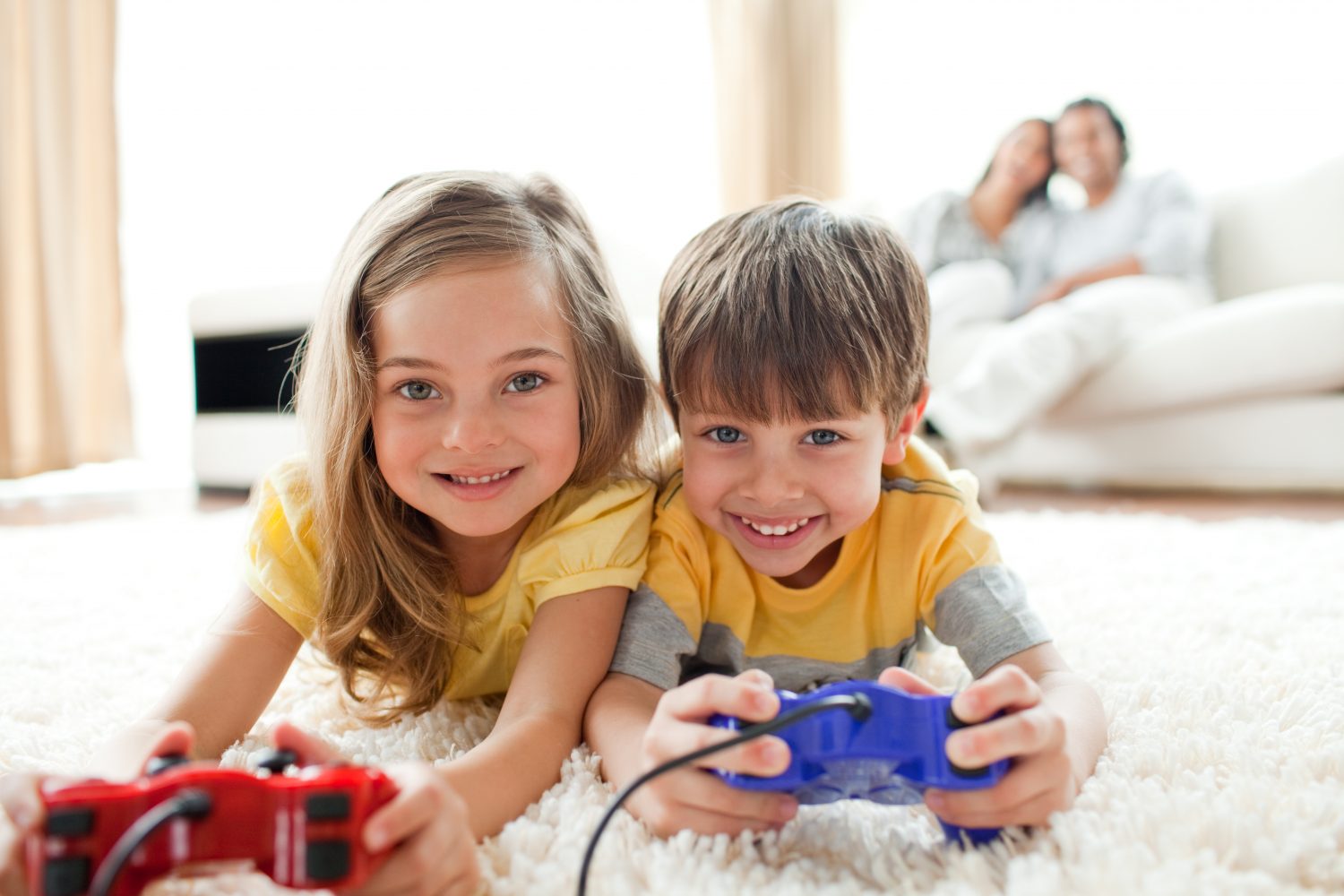 A new video game could help kids learn how to read and boost their grades, according to a new study.

The action game is suitable for all ages and improves children's reading speed and accuracy - with sounds and symbols instead of letters, say scientists.

Most youngsters learn to read and write when they start school, often before their fifth birthday.

But for many it is a tough task, with around 65% of 4th graders in the US reading below grade level, according to the Literacy Network.

Now, researchers have developed a video game that could help kids overcome this hurdle, all while having fun.

Senior author Professor Daphné Bavelier, of the University of Geneva said: "Reading calls upon several other essential mechanisms that we don’t necessarily think about, such as knowing how to move our eyes on the page or how to use our working memory to link words together in a coherent sentence.

"These other skills, such as vision, the deployment of attention, working memory, and cognitive flexibility, are known to be improved by action video games."

A video game, which combined action and adventure with small tasks designed to train different brain functions needed for reading, was developed by researchers.

While inspired by other action games, any violence was removed from the storyline to make sure it was suitable for younger children.

Lead author Dr Angela Pasqualotto at the University of Trento in Italy said: "The universe of this game is an alternative world in which the child, accompanied by his Raku, a flying creature, must carry out different missions to save planets and progress in the game.

"For example, the Raku flies through a meteor shower, moving around to avoid them or aiming at them to weaken their impact, while collecting useful resources for the rest of the game, a bit like what you find in action video games.”

One of the groups played the video game developed by the team, while the other - the control group, was given a different game called Scratch, designed to teach children how to code.

Both require players to use their executive brain functions, which include working memory, flexible thinking and self-control, but in different ways.

The action game encourages children to perform tasks within a limited time frame like remembering a sequence of symbols or responding to specific sounds.

Scratch, on the other hand, requires planning, reasoning and problem-solving skills, with players having to manipulate objects to reach the desired programming sequence.

Professor Bavelier said: “First, we tested the children’s ability to read words, non-words and paragraphs, and also we conducted an attention test that measures the child’s attentional control, a capacity we know is trained by action video games."

The children then embarked on a six-week training programme where they played one of the two games under supervision at school for two hours every week.

They were then tested at school by clinicians of the Laboratory of Observation Diagnosis and Education (UNITN) and again shortly after the programme had ended.

Dr Pasqualotto said: “We found a seven-fold improvement in attentional control in the children who played the action video game compared to the control group."

The reading abilities of children who played the action game improved, both in terms of speed and accuracy, the researchers found.

This was despite the game not setting any real reading tasks.

Dr Pasqualotto continued: “What is particularly interesting about this study is that we carried out three further assessment tests at six months, 12 months and 18 months after training.

"On each occasion, the trained children performed better than the control group, which proves that these improvements were sustained."

Over time, the grades in Italian of children who had been trained became significantly better - evidence that their learning abilities had improved.

The game, which could soon be adapted into German, French and English, will be made available for people at home, to complement school lessons rather than taking up precious lesson time.

Co-author Dr Irene Altarelli, of the University of Paris, added: “When reading, decoding is more or less difficult depending on the language.

"Italian, for example, is very transparent - each letter is pronounced, whereas French and English are quite opaque, resulting in rather different learning challenges.

"Reading in opaque languages requires the ability to learn exceptions, to learn how a variety of contexts impacts pronunciation and demands greater reliance on memorisation."

The findings were published in the journal Nature Human Behaviour.