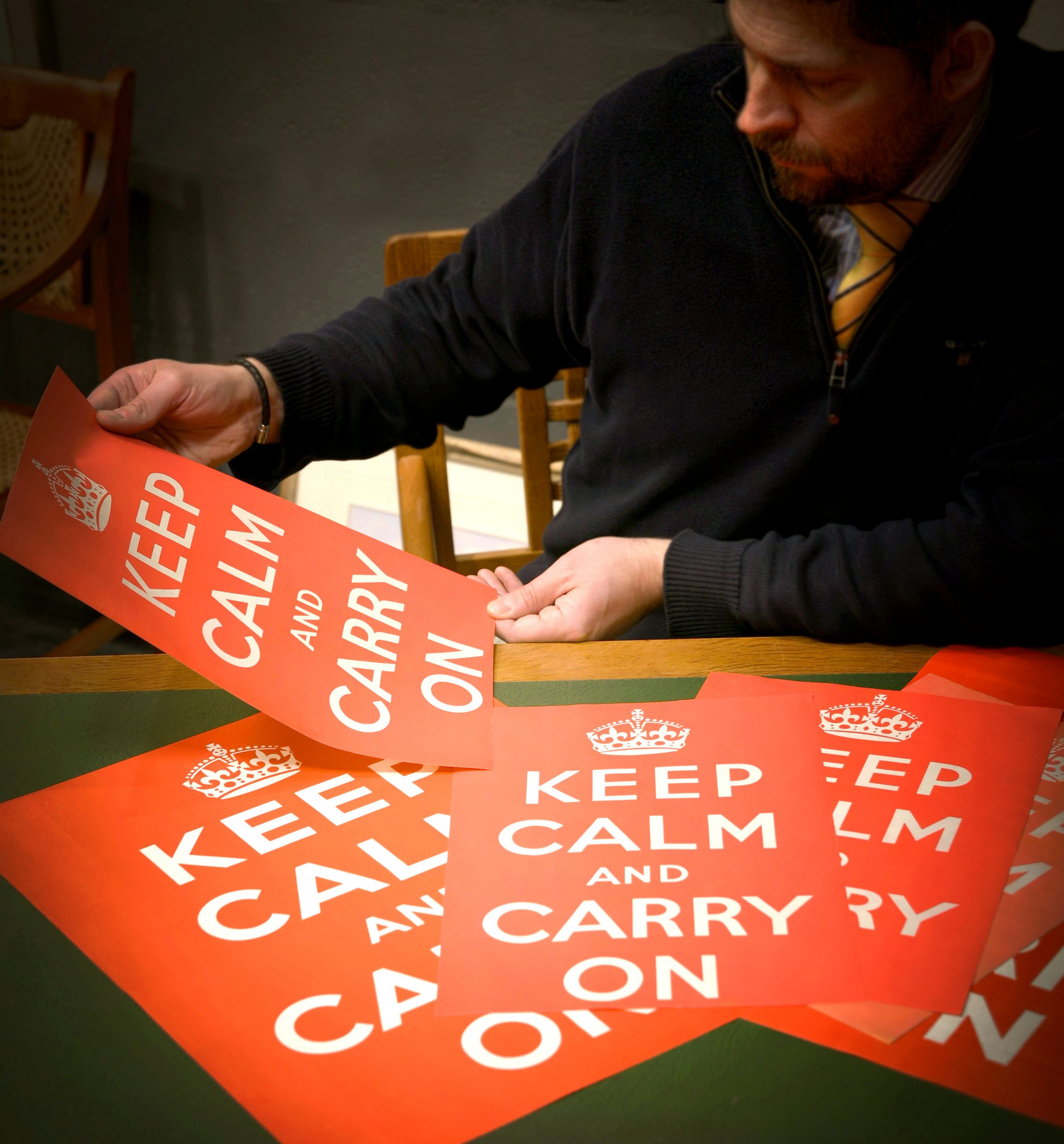 A rare batch of original Keep Calm and Carry On posters from World War II is going on auction. (Cheffins via SWNS)

By Ben Turner via SWNS

A rare batch of original "Keep Calm and Carry On" posters from World War II is going on auction after being found in a study.

Six copies of the iconic propaganda posters - all in mint condition - are expected to fetch up to £10,000 ($13,581) when they go under the hammer next month.

Only a handful of original "Keep Calm and Carry On" posters are thought to still exist.

The government printed 2.45 million copies in 1939 with the aim of boosting public moral during the Blitz but they were rarely displayed publicly and pulped a year later to salvage raw materials for the war effort.

They only came to prominence in 2000 when a copy was rediscovered in a bookshop in Alnwick, England.

Now, a collection of six posters has been uncovered in the study of a house near Cambridge - with the seller choosing to remain anonymous.

Nicholas Burnett, a paper conservation specialist, analyzed the copies and said they were consistent with originals at the Imperial War Museum.

He said: "I looked at the paper, ink and printing and they matched with the reference copies.

"There were signs of natural aging. They are in very good condition, there's a little bit of discoloration on some."

Mr. Burnett has previously identified forged versions and said that these copies showed no signs of being fake.

He said: "Usually with fakes and forgeries they will give themselves away by doing too much, like putting stains and stamps on them."

Martin Millard, director of Cheffins, said: "To be able to offer an original version of this is highly unusual, and to have six is simply unheard of.

“These posters are a remarkable find. There are only a handful of original ‘Keep Calm and Carry On’ posters known to be in existence, the majority of which are held by the National Archives or the Imperial War Museum."

Art of the Meme: Meet the man who turns viral memes into works of art