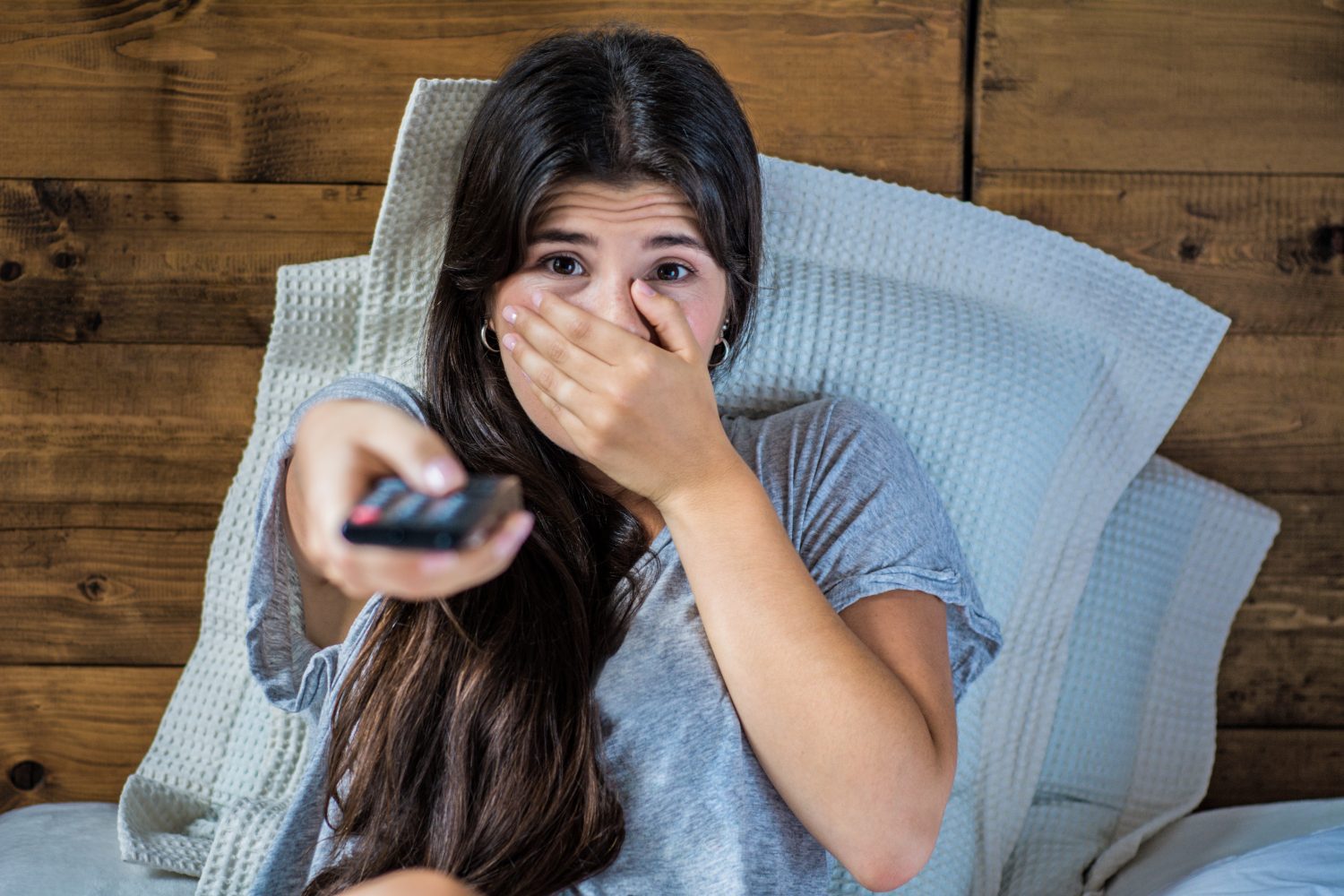 Bingeing on your favorite TV show could kill you as scientists reveal prolonged television stints increase the risk of blood clots by more than a third.

The academics say box-set lovers should press the pause button to stand and stretch or even use an exercise bike every half an hour.

They warn fans to avoid unhealthy snacks as they sit on the sofa and say exercising in the middle of a show does not completely eliminate the risk from blood clots.

Lead study author Dr. Setor Kunutsor from Bristol University said: “If you are going to binge on TV you need to take breaks.

“You can stand and stretch every 30 minutes or use a stationary bike. Avoid combining television with unhealthy snacking.”

The researchers looked at the link between television watching and a condition called venous thromboembolism, which causes blood clots in the lungs and in deep veins, usually in the legs.

For the study, they looked at previous research and then combined the findings in a process called ‘meta-analysis.’

Dr. Kunutsor said: “Combining multiple studies in a meta-analysis provides a larger sample and makes the results more precise and reliable than the findings of an individual study.”

The analysis included three studies with more than 130,000 participants who were older than 40 and did not have venous thromboembolism to begin with.

People who goggle a lot were 35 percent more likely to become one of the 964 participants who ended up getting venous thromboembolism.

This relationship stood up irrespective of variables such as age, sex, body mass index and physical activity.

The length of time before participants were up by scientists ranged from five years to 20 years depending on the study they took part in.

“The findings indicate that regardless of physical activity, your body mass index, how old you are and your gender, watching many hours of television is a risky activity with regards to developing blood clots.”

Dr. Kunutsor said the fact people sit still for a long time when they binge-watch is a likely reason people develop blood clots, which is why people are told to move around during a long-haul flight or after an operation.

Problems also crop up because blood pools at the edge of our bodies when we sit down and people often eat bad food when they watch television, according to the academic.

He added: “Prolonged TV viewing involves immobilization which is a risk factor for venous thromboembolism. This is why people are encouraged to move around after surgery or during a long-haul flight.

“In addition, when you sit in a cramped position for long periods, blood pools in your extremities rather than circulating and this can cause blood clots.

“Finally, binge-watchers tend to eat unhealthy snacks which may lead to obesity and high blood pressure which both raise the likelihood of blood clots.

“Our results suggest that we should limit the time we spend in front of the television.

“Long periods of TV watching should be interspersed with movement to keep the circulation going.

“Generally speaking, if you sit a lot in your daily life – for example, your work involves sitting for hours at a computer – be sure to get up and move around from time to time.”

The findings were published in the European Journal of Preventive Cardiology.

Study reveals why whales can take such big gulps without choking