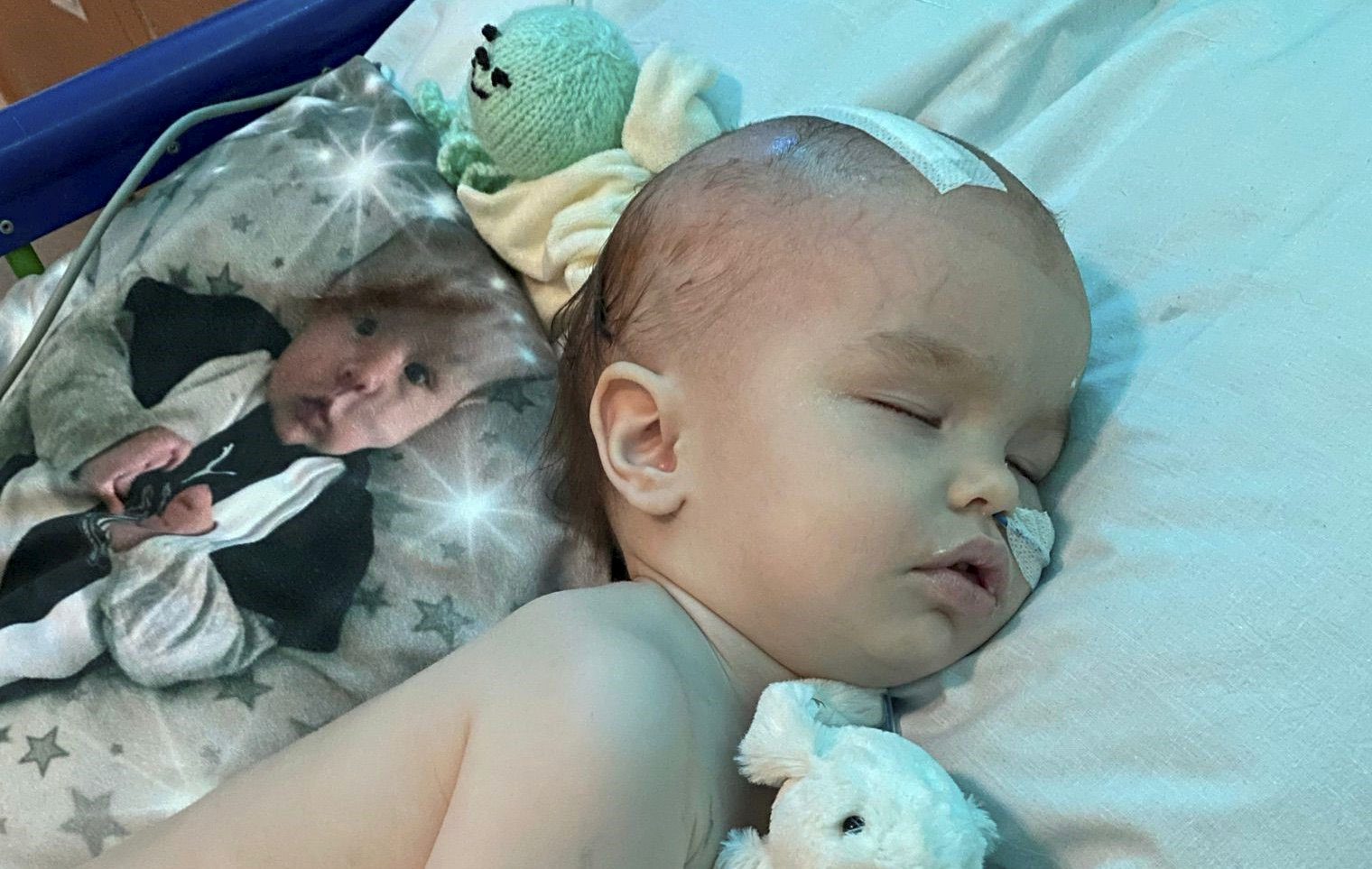 A baby’s brain tumor was spotted in time for urgent treatment – after clever doctors said his head looked TOO BIG.

Sixteen-month-old Albie Shears fell ill in October 2021 and was rushed to hospital - where doctors asked ‘Has his head always been big?’

Tiny Albie was diagnosed shortly after with a 6cm tumor on his brain and had several emergency surgeries to stop its growth and remove it.

Now anxious mom Jess Shears, 31, is waiting for a scan at the end of the month to see if her boy is all-clear.

She is now raising money for a charity called Brain Tumour Research to help other families going through what hers did.

Jess from Darlington, England, said: "The consultant said: ‘Has his head always been big?’ Which we had never been asked before.

"The night he was diagnosed was a whirlwind - I was in total shock.

"I want to help fund research into pioneering treatments like the embolising of the tumor Albie had prior to its removal - which ultimately saved his life."

Jess and her partner Sam Turbitt, 33, first noticed something wrong in July last year after Albie had a bout of sickness he never fully recovered from.

The once-active baby became less and less active before October 5, when he became very sick in the night.

The tot was rushed to Darlington Memorial Hospital as his heart rate became slower and slower - so he was sent for an urgent CT scan.

Jess said that was the moment his consultant asked them: "Has his head always been big?"

She said: "We had never been asked that before."

To Jess and Sam's devastation, the scan revealed a 6cm tumor on baby Albie's brain.

He was rushed to Royal Victoria Infirmary (RVI) in Newcastle.

Jess said: "I was in total shock. That night was a whirlwind."

Before the tumor could be removed, it had to be embolised - an operation where the tumor's blood vessels were blocked the reduce the blood supply and shrink the abnormal tissue.

A specialist team from Great Ormond Street Hospital traveled to Newcastle prior to the main operation to complete the embolisation and allow the removal of the tumor to go ahead.

Albie's tumor was then removed on October 14 - around a week after first going into hospital - and the procedure was a success.

Although the tot suffered some seizures and lost the use of his left-hand side, intensive physio helped him to recover - and he is now able to walk again.

An MRI scan at the end of January will show whether or not all of the tumor has been removed.

Following her son's life-saving treatment, Jess is fundraising for Brain Tumour Research to give others the chance of recovery that her son had.

She will be walking 10,000 steps every day in February after joining the challenge on the charity's Facebook page - the same challenge which raised almost £1m ($1.35 m USD) last year.

She said: “It’s so important for me to raise money for Brain Tumour Research so that more can be known about the tumors and their causes.

Matthew Price, community development manager at Brain Tumour Research said: “We’re really grateful to Jess for taking on this challenge for us.

"It’s only with the support of people like her that we’re able to progress our research into brain tumors and improve the outcome for patients like Albie who are forced to fight this awful disease."