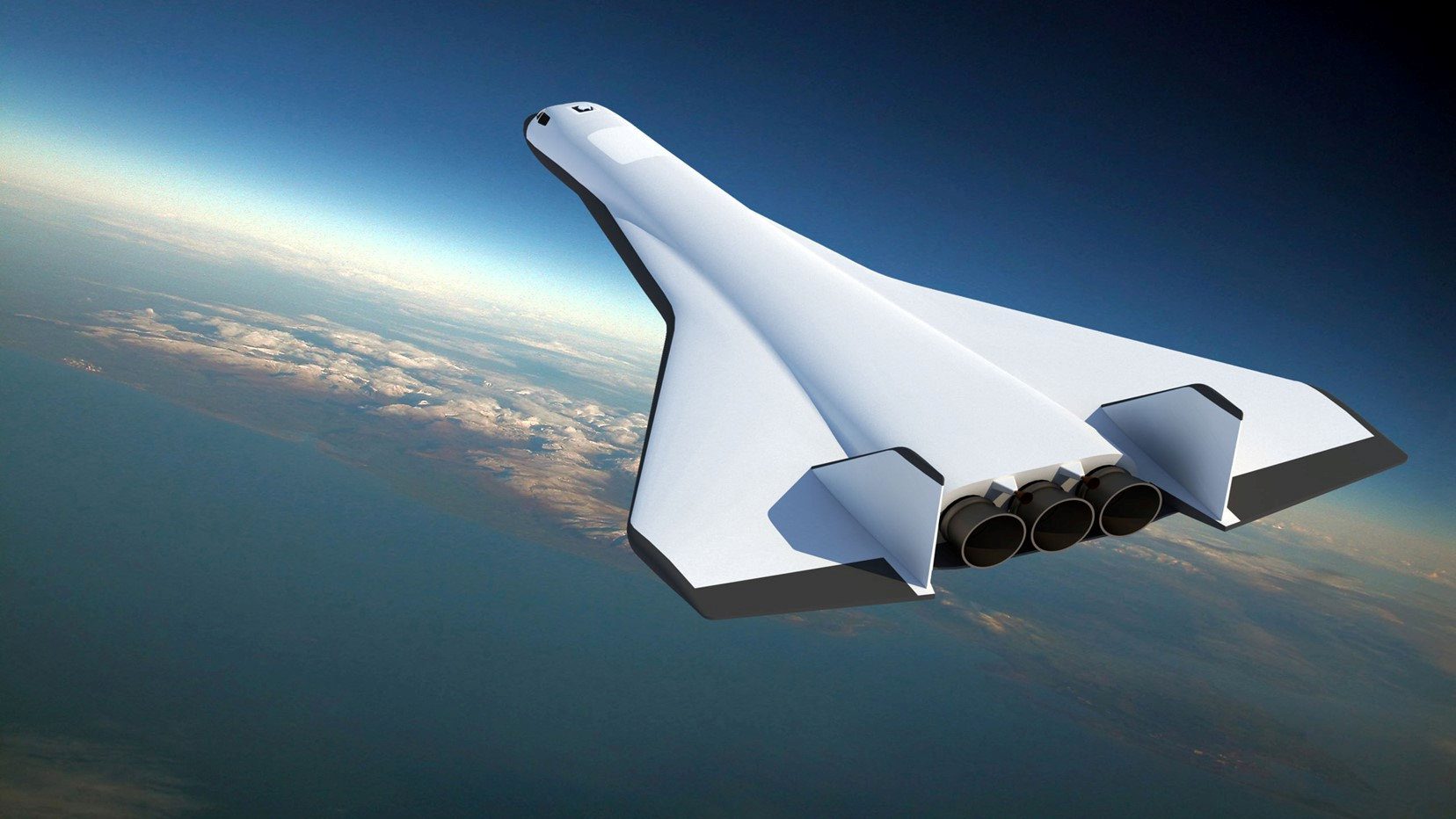 Artist impression of the Radian One spaceplane. (Radian via SWNS)

A company claim their new spaceplane will transform travel.

The Radian One craft would be the world’s first crewed, single-stage to orbit vehicle with runway-like take-off and landing.

They explain: “Our fully reusable, aircraft-like configuration requires far less infrastructure than vertical launch systems and can be reflown within 48 hours.”

Radian say they have "operated in stealth mode” focusing on the design and initial development of the Radian One aerospace vehicle that will "fill the efficiency and capability gaps that exist with traditional vertical rockets."

The craft would have a 'sled-assist take-off,' taking off subsonically with full propellant tanks.

There would be a low-G ascent for safe crew flight to low earth orbit (LEO), where missions could range from once around to five days in orbit.

Upon reentry, wings allow smooth landing on any 10,000ft runway. Landing to launch times can then be achieved as fast as 48 hours.

Radian's system will be capable of a wide range of space operations, including the delivery of people and light cargo to low earth orbit (LEO) with aircraft-like operations.

"We believe that widespread access to space means limitless opportunities for humankind," said Richard Humphrey, CEO and co-founder of Radian.

"Over time, we intend to make space travel nearly as simple and convenient as airliner travel.

"We are not focused on tourism, we are dedicated to missions that make life better on our own planet, like research, in-space manufacturing, and terrestrial observation, as well as critical new missions like rapid global delivery right here on Earth."

"To date, a low-cost space transport solution has been lacking that can get humans and cargo to and from space at a highly responsive rate," said Brett Rome, Venture Partner at Fine Structure Ventures, who led the fundraising.

"Radian is well-positioned to fill that gap with disruptive technology that helps enable the emerging space economy.

"We are confident in the experienced team at Radian, and thrilled to be supporting its mission as Radian works to revolutionize the future of space access."

Radian say they are building the first of a new generation of launch vehicles with transformational capability and a wide range of applications.

They explain: “The ability to fly to space, perform a mission, return, refuel, and fly again almost immediately enables in-space and terrestrial missions that are simply not possible with traditional vehicles.

“Radian is leveraging existing enabling technologies with high technology readiness levels and integrating them in ways never done before.”

"What we are doing is hard, but it's no longer impossible thanks to significant advancements in materials science, miniaturization, and manufacturing technologies."

Radian will focus on mission types that align with its unique capabilities, many of which can only be done because of its winged configuration. The company already has launch service agreements with commercial space stations, in-space manufacturers, satellite, and cargo companies, as well as agreements with the U.S. government and selected foreign governments.

"Radian is leveraging a unique combination of technologies with an optimized business model to unlock what I like to call 'the potential of space,' serving existing aerospace markets and catalytically enabling new ones," said Doug Greenlaw, a former chief executive of Lockheed Martin and one of Radian's investors and strategic advisors.

"We're talking about materially enabling an industry that's expected to grow to $1.4 trillion in less than a decade and Radian is doing what's known as the 'Holy Grail' of accessing space with full reusability and responsiveness to provide customers unmatched cost-effectiveness and flexibility."

"On-demand space operations is a growing economy, and I believe Radian's technology can deliver on the right-sized, high-cadence operations that the market opportunity is showing," said Dylan Taylor, Chairman and CEO of Voyager Space and an early personal investor in Radian.

"I am confident in the team working at Radian and look forward to cheering them along in this historical endeavor."