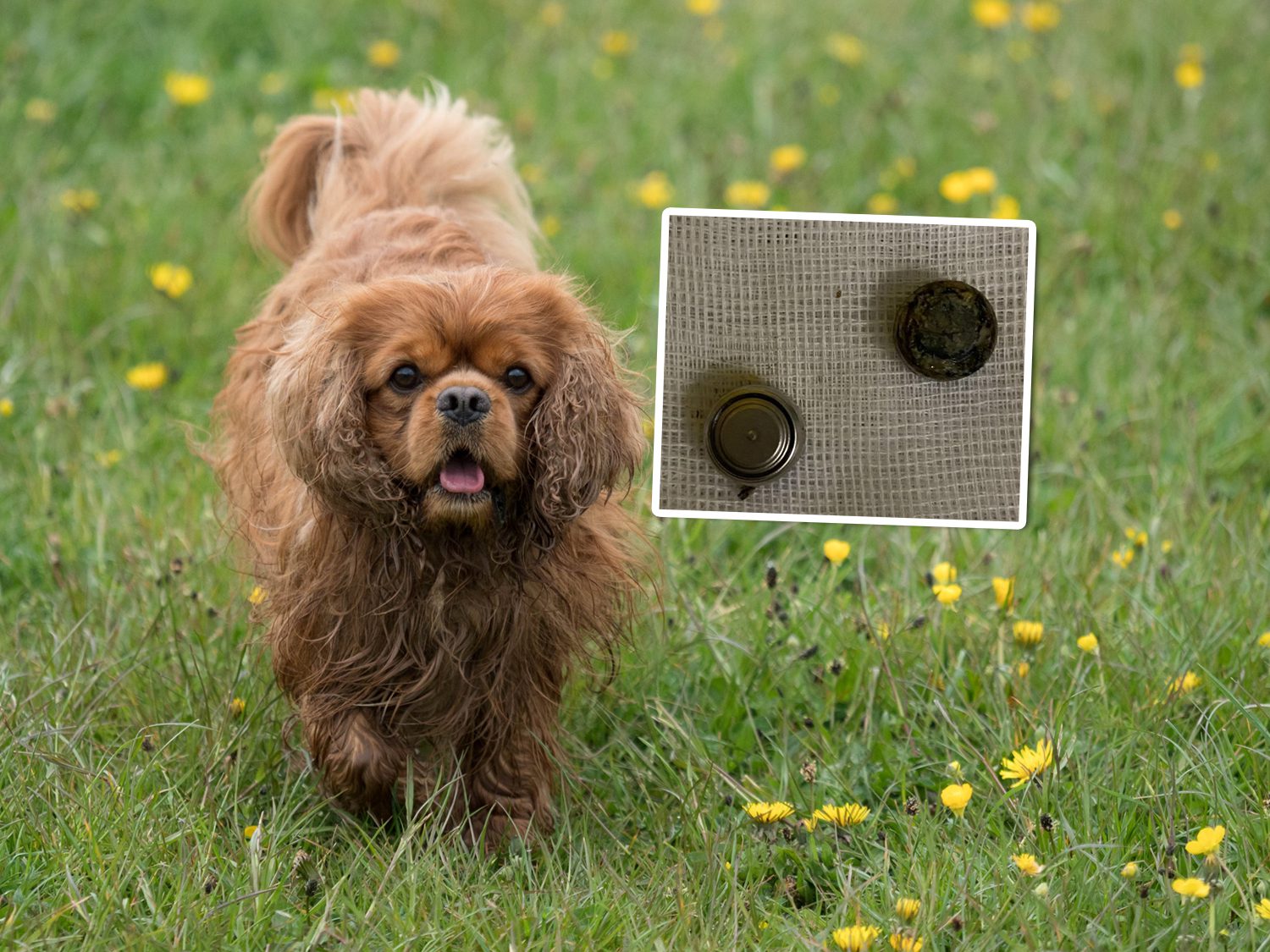 Dog owners who dropped a battery in the middle of a blackout faced a race against time to save their King Charles Spaniel - after the pooch swallowed it.

Owner Terry Murphy, 60, was coping with the power outage following extreme weather in the Northern England when two-year-old Hugo gobbled up the toxic object.

The young pup had snaffled a torch battery Terry’s wife had dropped at their home near Bishop Auckland, County Durham.

But as soon as the battery hit the floor, the married couple knew straight away that their inquisitive mutt had hoovered it up and so dashed off to the vets.

After an X-ray confirmed that the battery was already corroding the dog's stomach, he was referred to specialist surgeons who successfully removed it.

And though Hugo has since made a full recovery, Terry issued a warning to fellow pet owners following the ordeal, which cost him £3,000.

He said: “If there are two lessons, they are when in doubt, whip off to the vets and get insured.

“When the dog swallowed the battery, I thought this is the worst thing he could have eaten.

"You’ve swallowed the damn battery. We’ve got to act now.”

Terry, a child protection specialist, said that the nightmare began on December 1, last year, when his wife was exchanging batteries in one of their torches.

The married couple had been left without power for seven days, following storm Arwen, and had been relying on handheld lamps to find their way around the house.

He said: “On the day, my wife had just been replacing batteries in the torches and lights.

“It was dark. She picked up a torch and she actually tripped and dropped the torch, and one battery fell out and span on the floor.

“It’s one of those small watch batteries, not a bigger one, but Hugo snaffled it as he’ll go for anything.

“Although it was very dark, we were pretty certain straight away that is what he’d done.

“We tried to tip him upside down and give him a good old slap on the back, but he’d swallowed it.”

Within ten minutes, Terry had grabbed the dog and dashed with him to their local vets, where they x-rayed the mutt and confirmed he’d swallowed the battery.

But given the damage it was already doing inside the young dog, the vets took the decision to call up local surgeons so that he could be dealt with swiftly.

He said: “Once we got to Vets for Pets, which is our local vets in Bishop Auckland, they x-rayed him and stayed late phoning round the hospitals until they got to another vets, Wear Referrals.

“It was only 15 minutes away. They didn’t want to do a forced regurgitation because the acid in his stomach was already breaking the battery down.

“They removed it successfully, and fortunately, the fact that he’d had a meal protected him against some of the corrosive impact of it breaking down.

Hugo has since made a full recovery, and Terry said he is immensely pleased with work of the animal experts who treated him.

“We were full of praise for the vets as well – they stayed late phoning round to make sure we could get someone who could do a soft tissue operation on him.

“He had a little bit of ulceration to the stomach lining, but he had some meds for that and it was cleared up over the next few days.

“He was a bit groggy because he’d been sedated, but basically, after two or three days he was eating again and was a happy boy.