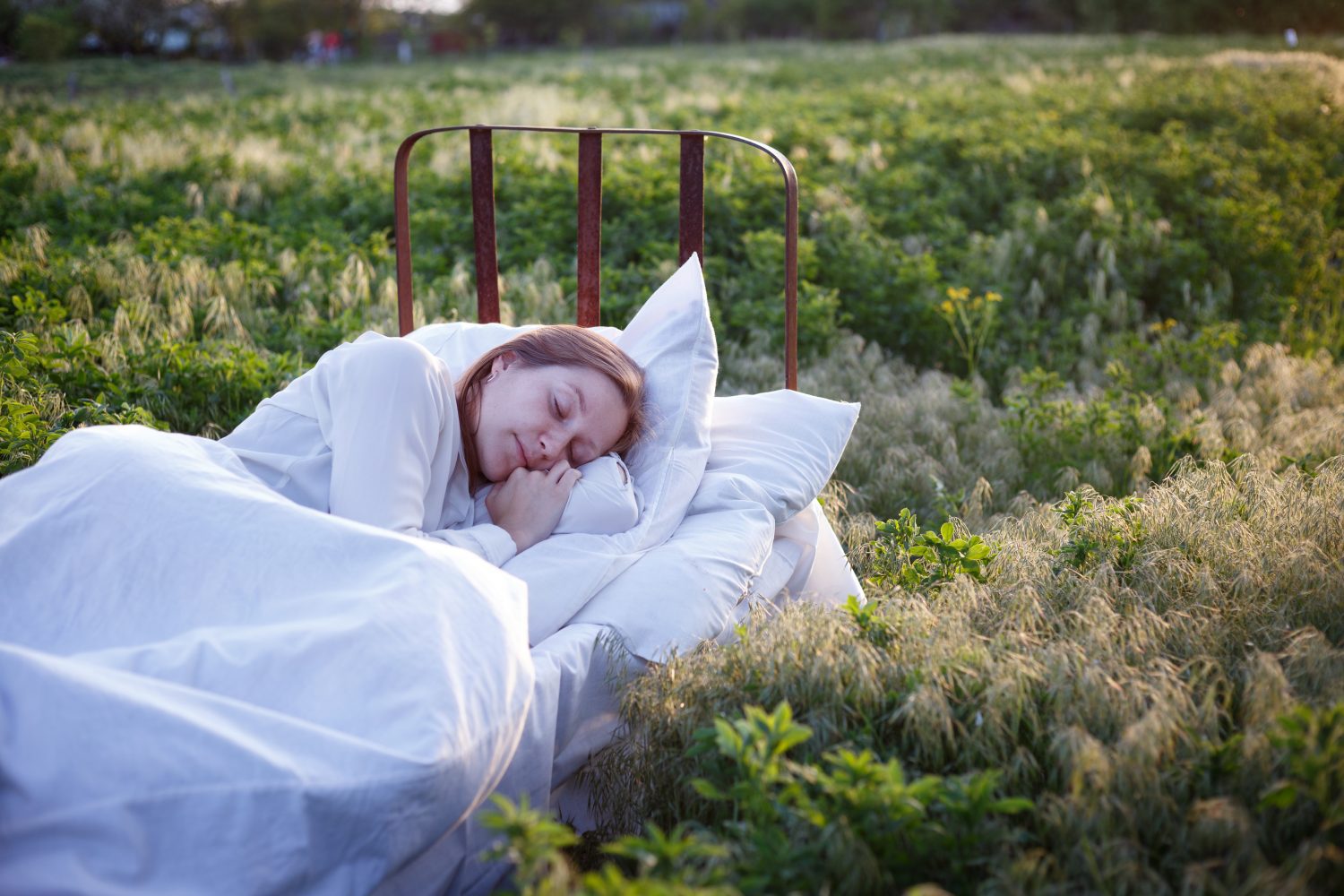 The rapid eye movement (REM) phase of sleep evolved to help protect against predator attacks, according to new research.

REM sleep ensures the brain's stress threshold for waking up and fighting off attackers remains low, according to a new study.

Humans, as well as other mammals and birds, experience three to five periods of rapid eye movement, sleep a night, lasting for around 10 minutes each.

These bring about brief but periodic awakenings, described as a 'sentinel function', to help animals prepare for fight or flight against predators.

But there has not been any experimental evidence for this hypothesis until now, the researchers say.

Author Dr. Wang Liping at the Shenzhen Institute of Advanced Technology (SIAT) in China said: "The new findings in this study offer a potential evolutionary explanation of this phenomenon and elucidate the underlying neurobiological mechanism.

Animals sleeping in sealed containers were exposed to a substance called trimethylthiazoline (TMT) which mimics the strong smell of a predator.

"This suggests that REM sleep has specific properties that allow rapid arousal in response to predatory stimuli."

This was an interesting finding as it usually takes more to wake somebody from REM sleep than non-REM sleep.

To take a closer look, the researchers studied part of the animal's brain known as the medial subthalamic nucleus (mSTN).

The mSTN contains a large number of neurons that release corticotropin, a hormone involved in the so-called stress response.

It took less to arouse these neurons during REM sleep so the animals could detect predators and defend themselves after awakening, the researchers found.

Animals continuously exposed to the smell of a predator enjoyed more REM sleep than others and it became more fragmented.

An increase in REM sleep has been linked to stress-related mood disorders in previous clinical studies.

A potential evolutionary explanation of this phenomenon has now been discovered and its biological workings revealed.

Dr. Wang added: "Our study raises the question of whether it is possible to treat mood disorders by targeting the common regulatory circuit of sleep and fear.

"We will continue working on this question."

The findings were published in the journal Neuron.