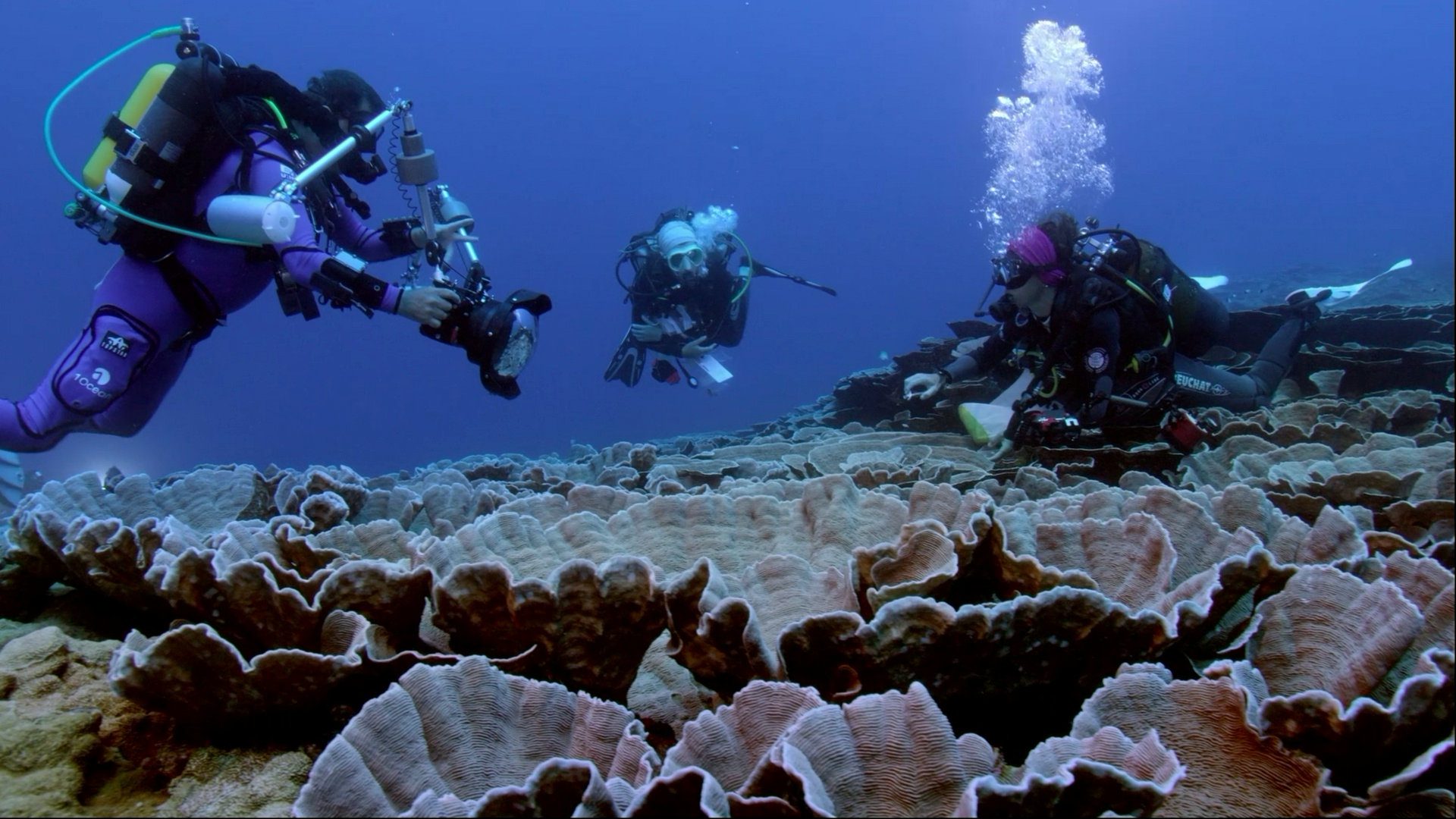 Scientists have discovered one of the world's largest and rarest coral reefs - which proves deeper reefs might be better protected from global warming.

The remarkable discovery off the coast of Tahiti was made by a scientific research mission supported by UNESCO.

This special reef is covered extensively with untouched rose-shaped corals - up to two meters wide - making it a ''highly valuable and unusual discovery."

It is approximately 2 miles in length and between 98 feet and 200 feet wide - which makes it one of the most extensive healthy coral reefs on record.

Researchers who found it say it may prove '''deeper reefs may be better protected from global warming."

Director-General of UNESCO, Audrey Azoulay, said: “To date, we know the surface of the moon better than the deep ocean.

"Only 20% of the entire seabed has been mapped.

''This remarkable discovery in Tahiti demonstrates the incredible work of scientists who, with the support of UNESCO, further the extent of our knowledge about what lies beneath."

Before now the vast majority of the world’s known coral reefs sit at depths of up to 82 feet.

This discovery suggests there are many more large reefs out there, at depths of more than 98 feet, in what is known as the ocean’s ‘twilight zone,' which we know nothing about.

Coral reefs are an important food source for other organisms so locating them can aid research around biodiversity, and they also provide protection from coastal erosion and even tsunamis.

Dr. Laetitia Hedouin from France’s National Centre of Scientific Research (CNRS) and the environmental research body CRIOBE who was present on the mission, said: "The discovery of this reef in such a pristine condition is good news and can inspire future conservation.

"We think that deeper reefs may be better protected from global warming.”

The campaign - '1 Ocean, the anatomy' - is led by explorer photographer Alexis Rosenfeld, in partnership with UNESCO for the Decade of Ocean Science for Sustainable Development.

Each year, until 2030, expeditions will be carried out across the ocean to bear witness to its assets for humanity, the threats it faces, and the solutions we can provide.