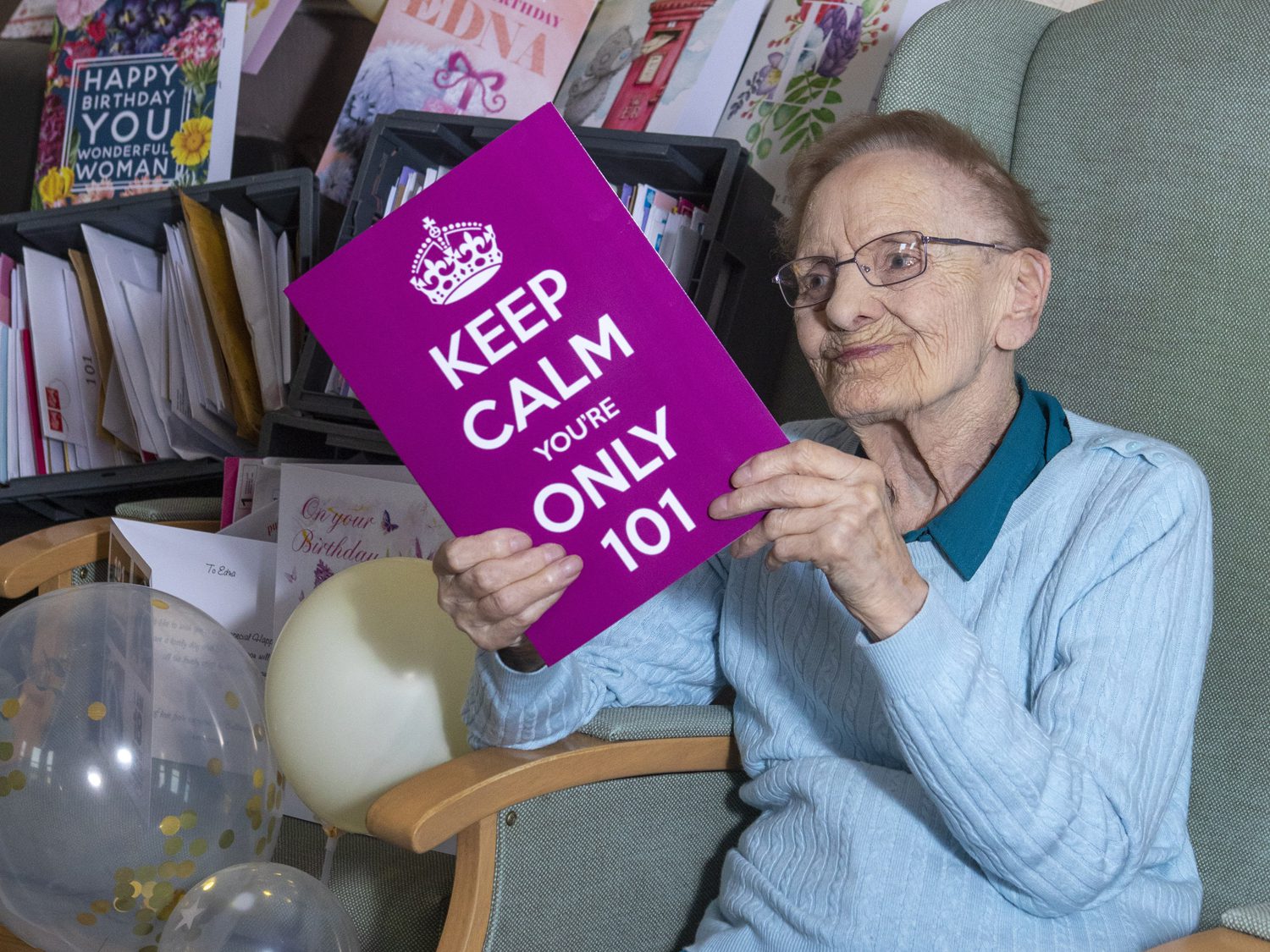 By Sarah Ward via SWNS

A woman was inundated with thousands of birthday cards from strangers to celebrate turning 101 after an appeal from her care home.

Mom-of-one Edna Clayton, 100, has few relatives so staff at her care home issued the appeal before the big day on January 31.

She received 4,500 cards in just three days, after an appeal after she spent her 100th birthday alone due to lockdown.

Edna will also have a trip on a party bus with her son James, 58, and her pals from the care home.

She lives at Hector House in Glasgow, Scotland where she will have a birthday tea party after the jaunt and is expecting a special card from The Queen as she missed out last year.

Edna, who lived in Battlefield, Southside, attributes her long life to having a carefree attitude and not getting hung up on things going wrong.

She still does her own makeup in the morning and gets her hair done due to not wanting to let standards slip.

Edna said: "Not worrying, sheer determination, being positive, being independent, taking what life throws at you with a smile on your face and getting on with it are the secrets to my long life.

"I love getting my hair done, I still color my hair, I might be 101 turning but it doesn’t mean I should let the grey hairs show through.

"I like to put my make-up on in the mornings too, and I like breathing in fresh air."

She said the idea of people taking time to write to her renewed her faith in the world.

Edna added: "It reminds me that there a lot of lovely, kind people in this world

"I am planning on going on a party bus, first time for everything, a wee afternoon tea afterwards, hopefully with my boy and my fellow residents."

"Prior to the pandemic, she was a popular character in Battlefield.

"Her home care made sure she got a card and balloon but all Edna wanted was her card from the Queen and to spend the day with her son.

"Due to restrictions, she couldn’t see her son and no card arrived from the Queen.

We have been in contact with Buckingham Palace who has confirmed that Edna will receive a special card this year."

Toddler born with no legs now does handstands, flips and inspires people on TikTok