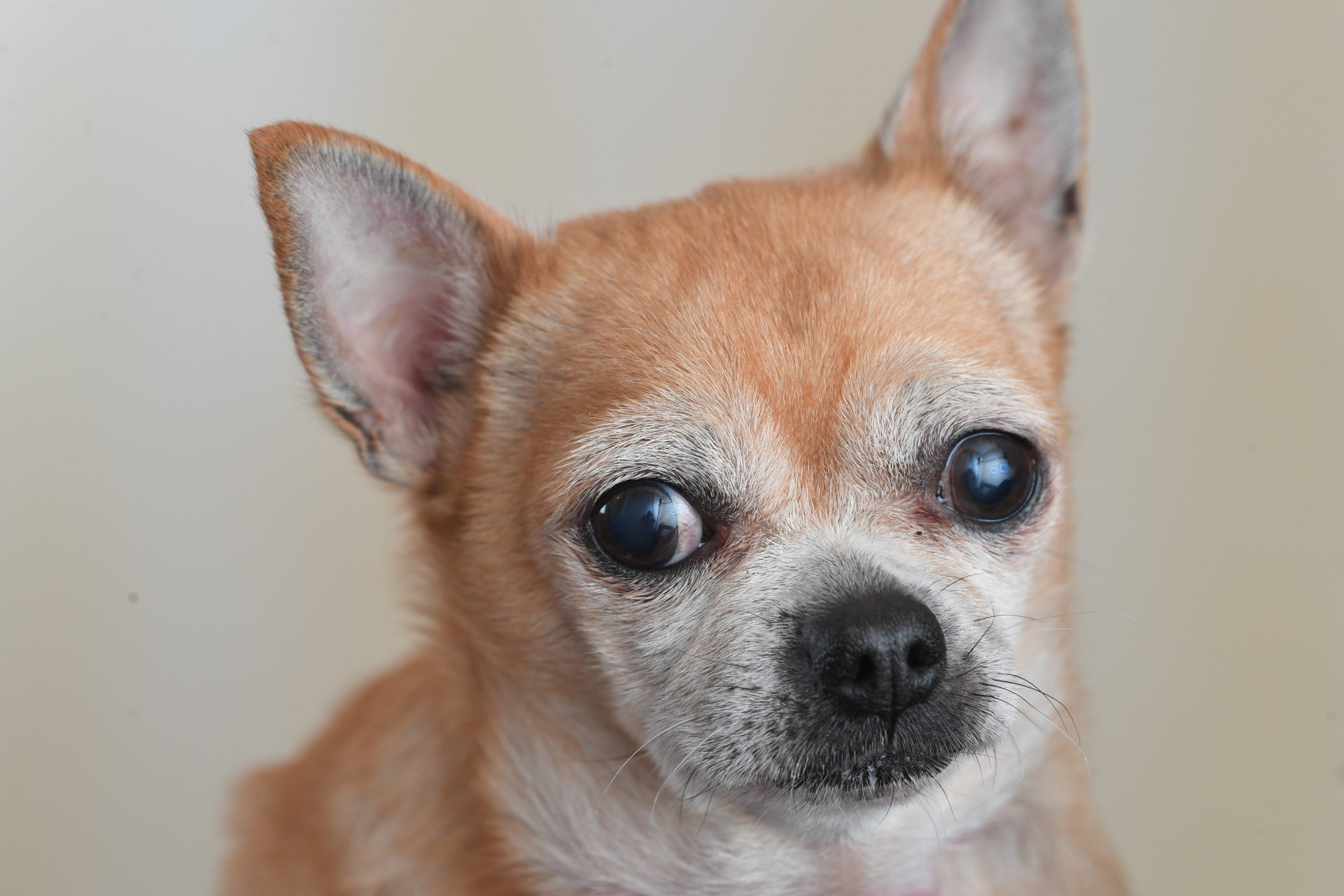 A devoted pet lover has told how she has spent an extraordinary $33,883 (£25,000) in vets bills helping her beloved pooch back to health after a series of illnesses.

Julie Blakeley, 58, said her husband had wanted to buy a camper van, but instead they had to spend their savings helping Chino, their tiny golden Chihuahua, walk again.

The mom-of-two said she began looking after the “feisty” 11-year-old pooch when he was just a few weeks old after inheriting him from her daughter when she left home.

But after his health started to deteriorate in 2016, he needed two knee operations, four spinal operations and even physio treatment.

Though Julie has pet insurance, Chino’s mounting vet bills rapidly reached the limits of his policy – meaning she had to fork out £13,000 ($17,619 USD) of her own money.

And most recently, when the little hound was left immobile, Julie and her husband, Dave, purchased pool-based hydrotherapy sessions where experts helped him to walk again.

The production manager, from Lancashire, England, said she was happy to splash the cash so that little Chino could live his best life.

She said: “Despite the money, it’s all been worth it.

"My husband Dave wanted to buy a camper van, but I would do it all again in a heartbeat.

“I am amazed at my little chihuahua.

"He has been through so many operations throughout his life and left paralyzed and written off, but we got him walking again.”

While Julie has looked after little Chino since he was 12 weeks old, his health woes began back in 2016 when he suffered a severely dislocated knee.

She said: “On the first occasion, one of his knees came out of the socket, and it had come right out.

“When we took him to the vet, they said they’d have to operate to put it back in again with pins. So they pinned it back together.

“Then a year after, his other one went, so they had to operate on that straight away again.”

In 2018, Julie said little Chino began to suffer with spinal problems and needed a series of four further operations to treat his worsening condition.

She said: “The insurance did pay some of the money out, but we were only insured up to so much.

"So we have to pay the rest of it, and when I tried to improve his policy, they wouldn’t let me do it.

“I think the insurance has paid around £12,000, but it doesn’t cover anything like the aftercare.

“And that’s quite expensive as well, so I have to pay that out of my own pocket. There was a lot of stress in having to get the money out.”

After Chino’s most recent operation in July, surgeons fitted him with a false disk and screws in his spine to help treat his worsening back condition.

But following the complex procedure, he was left briefly paralyzed and needed specialist pool-based hydrotherapy and physiotherapy treatment.

Once again, Julie and her husband dipped into their reserves to ensure that Chino could walk again.

She said: “He started from nothing – he was just a heap on the floor and he couldn’t even stand up, so I took him for hydrotherapy.

“He couldn’t do anything in the pool to begin with, but over a period of time, he started moving.

“And then he started physiotherapy, and then the therapist massaged him and put him on a magnetic mat, covered him in a heat mat, and just did it each week.”

Lancashire Vet Physio Tilly Wild, 25, who has been working with Chino on a weekly basis since October last year, said his mood has improved significantly now he’s able to walk again.

She said: "He is very feisty and definitely has confidence and drive.”

"When he couldn't move, he became quiet and subdued, but when he got walking again he wanted to do his own thing."

Julie said it is "brilliant" to have her lap dog fit and healthy again, and she would be ready to part with more of her cash if he needed treatment in the future.