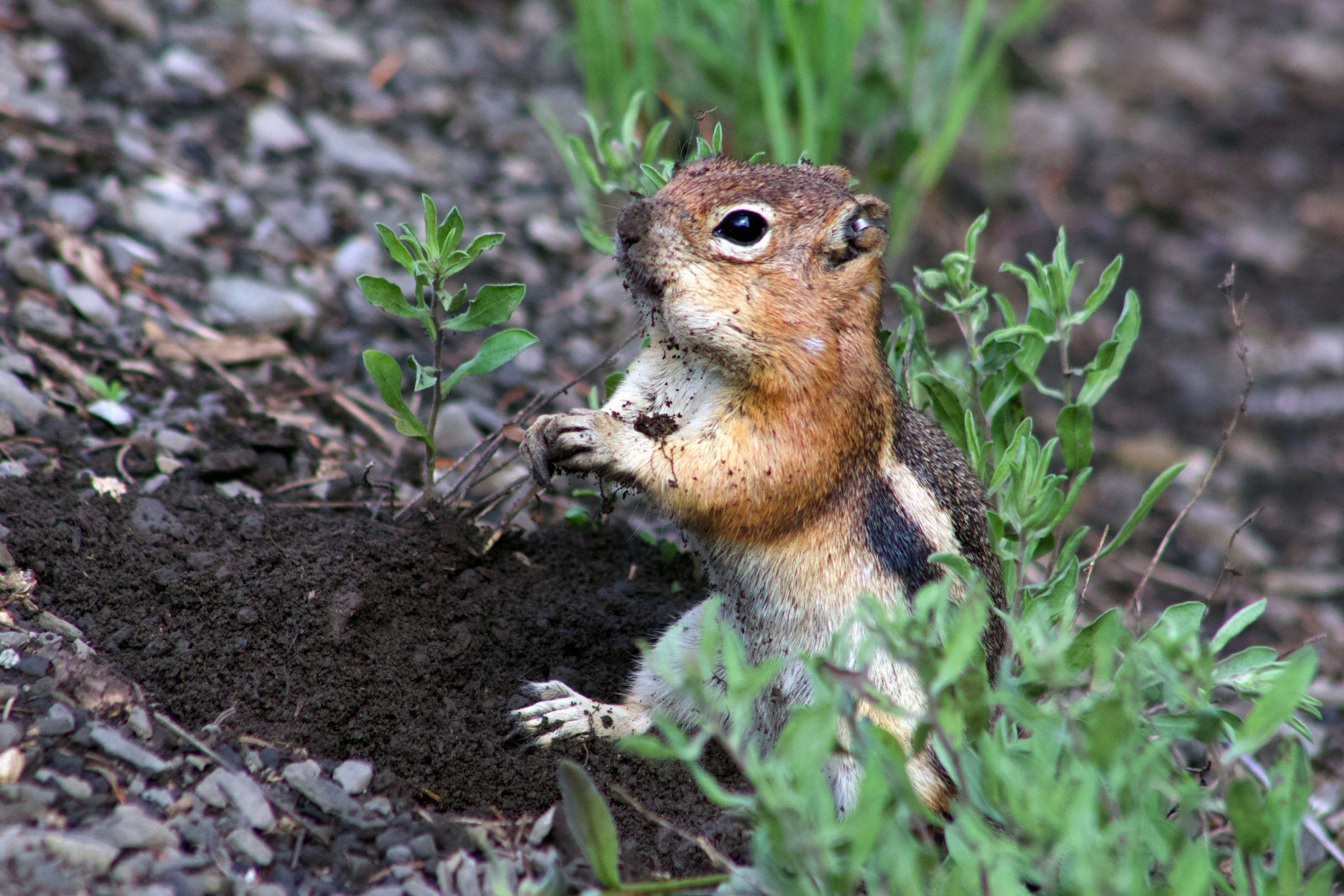 Squirrels have personalities just like humans, according to new research conducted by scientists at the University of California, Davis.

Personality traits of squirrels can range from aggressive, social and polite to careful and shy.

The furry tailed rodents are more like us than previously believed, say scientists.

It could help conservation efforts to save endangered species, and other animals, from extinction.

"This adds to the small but growing number of studies showing individuals matter." said the study's lead author, Dr Jaclyn Aliperti, an ecologist at the University of California, Davis.

"Accounting for personality in wildlife management may be especially important when predicting wildlife responses to new conditions, such as changes or destruction of habitat due to human activity."

They are boldness, aggressiveness, activity level and sociability, which vary dramatically.

They were put in an enclosed box with gridded lines and holes, faced with their mirror image which they do not recognise and approached slowly in the wild to see how long they waited before running away.

They were also caught briefly, unharmed, in a simple trap. Their responses to each test were observed and recorded over the course of three summers.

Bolder squirrels moved faster and concentrated on larger core areas. They were also more aggressive and active and had greater access to perches, such as rocks.

This can provide a better vantage point for seeing and evading predators - and was also linked to sociability.

Golden-mantled ground squirrels, found across the western U.S. and parts of Canada, are considered loners.

They are relatively small, giving them little opportunity to form the tighter bonds common in larger peers who spend more time in family units.

"Within this asocial species, individuals that tend to be relatively more social seem to have an advantage," said Dr Aliperti.

In such cases, it could be a lifesaver. Personality differences influence a squirrel's ability to survive and reproduce — which could scale up to the population or community level.

The university campus is home to many tree squirrels, which have become an honorary mascot.

The findings published in the journal Animal Behaviour will also apply to them.

"The squirrels of UC Davis are something else," Dr. Aliperti said. "I see them more as individuals. I say 'Who are you? Where are you going? What are you up to?' - rather than looking at them on a species level."

Noticing such uniqueness brings a more personal angle regarding wildlife.

The golden-mantled ground squirrel is frequently mistaken for a chipmunk. It is named after the markings on its head and shoulders.

The fact they have personalities may not seem surprising watching them chitter, skitter, stop and scurry, said Dr Aliperti.

But the scientific field is relatively young, as is the recognition there are ecological consequences.

Bold and aggressive types may find more food or defend a larger territory but their risky behaviour may also make them prone to predation or accidents.

Understanding how an animal's character influences the use of space is important for wildlife conservation.

Scientists have been reluctant to ascribe personality — defined as consistent behaviour over time — to other animals.

"Animal personality is a hard science, but if it makes you relate to animals more, maybe people will be more interested in conserving them," Dr Aliperti said.

Previous research has suggested endangered red squirrels have a range of personalities, from exploratory and aggressive to careful and passive.