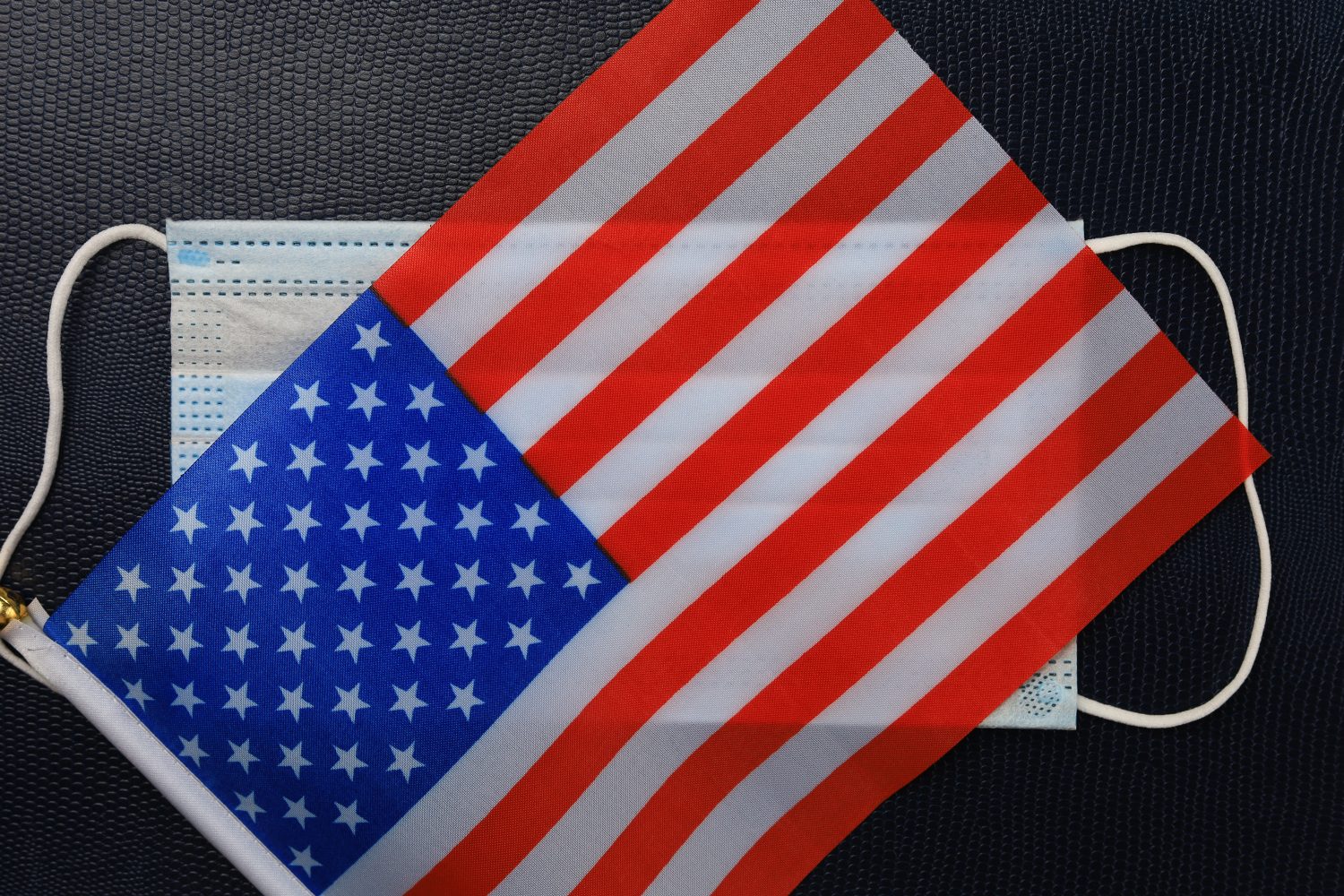 (Pedal to the Stock via Shutterstock)

Patriots were more likely to wear face masks and stick to lockdown rules during the coronavirus pandemic, according to a new study.

Analysis of the attitudes in people in 67 countries showed that those who identify more strongly with their nation report greater engagement with public health measures and support for restrictive policies.

The findings, published in the journal Nature Communications, suggest that national identities play a "significant" and "positive" role in battling a global pandemic.

“But research has also revealed that there is a pro-social side to group identity.

"This study points to a new and promising possibility - that national identity can be useful in effectively addressing the current pandemic and may serve as a public health resource in the future.”

Co-author Doctor Aleksandra Cichocka, director of the political psychology lab at the University of Kent, said: “We see the positive effects, especially for those who feel genuinely proud and close to their nation, rather than those who are mostly concerned about how others see their country."

Another co-author Doctor Paulo Sérgio Boggio, of Brazil’s Mackenzie Presbyterian University, said: “National Identity as measured reflects what it means to be part of a nation for each person.

“Valuing this can foster the collective feeling of the population in the fight against Covid.

"In real life, this can be seen in countries like New Zealand, whose Prime Minister, Jacinda Ardem, has emphasised each one’s role as a member of a larger group that is the country itself.”

The international team, also including researchers from the University of St Andrews in Scotland, recognized the productive role national identity might play in responding to a widespread crisis -in this case, the coronavirus pandemic.

While COVID-19's impact has been global, policies and calls for practices to address it have largely been implemented by individual countries, raising the question of the role national identity plays in responding to national public health measures.

The researchers aimed to separate national identity, which gauges how strongly people identify with their country, from national narcissism, which is a form of social identity that involves the belief that a person's group - or, in this case, nation - is exceptional but also underappreciated by others.

Previous studies have found that national identification tends to correlate with national narcissism because they both involve a positive evaluation of one’s nation.

However, the researchers noted, they are linked to very different outcomes.

For example, prejudice against outgroups - those seen as different - is negatively associated with national identification, but positively with national narcissism.

The team conducted a survey, involving nearly 50,000 participants across 67 countries, asking the extent to which they reported adopting public health behaviors - such as social distancing - and endorsed public policy measures, including shutting down bars and restaurants, during the early stage of the pandemic in April and May 2020.

They also asked about the participants' political ideology - left-wing or right-wing - and included questions aimed at capturing national identification and national narcissism.

Overall and across the studied countries, participants who reported identifying more strongly with their nation consistently reported greater engagement in public health behaviours and support for public health policies.

The researchers said that, unlike left-wing ideology, right-wing political ideology had a "positive, moderate correlation" with both national identification and national narcissism, but "very weak" correlations with support for public health measures.

They said that suggests that political ideology may be relatively unimportant for predicting public health behavior outside the United States.

Prof Van Bavel said: “It is important to note that the relationship between national identity and public health support was distinct from national narcissism.

“In past research, national narcissism has predominantly been linked to problematic attitudes towards both out-group and in-group members.

"However, we found that national narcissism was positively associated with self-reported physical hygiene and support for COVID-19 preventative policies. Still, these effects were much smaller than those for national identity.”

To better understand if self-reporting was reflected in the actual actions people took, the team conducted a second international study.

They examined whether countries with higher average national identification prior to the pandemic predicted a stronger reduction in mobility after the COVID-19 pandemic spread around the world during April and May 2020.

Prof Van Bavel added: "Consistent with the results from the initial survey, national identification was associated with reduced spatial mobility, suggesting that those with a strong national identity were following public health guidelines by reducing their movements, thereby reducing physical interactions with others."