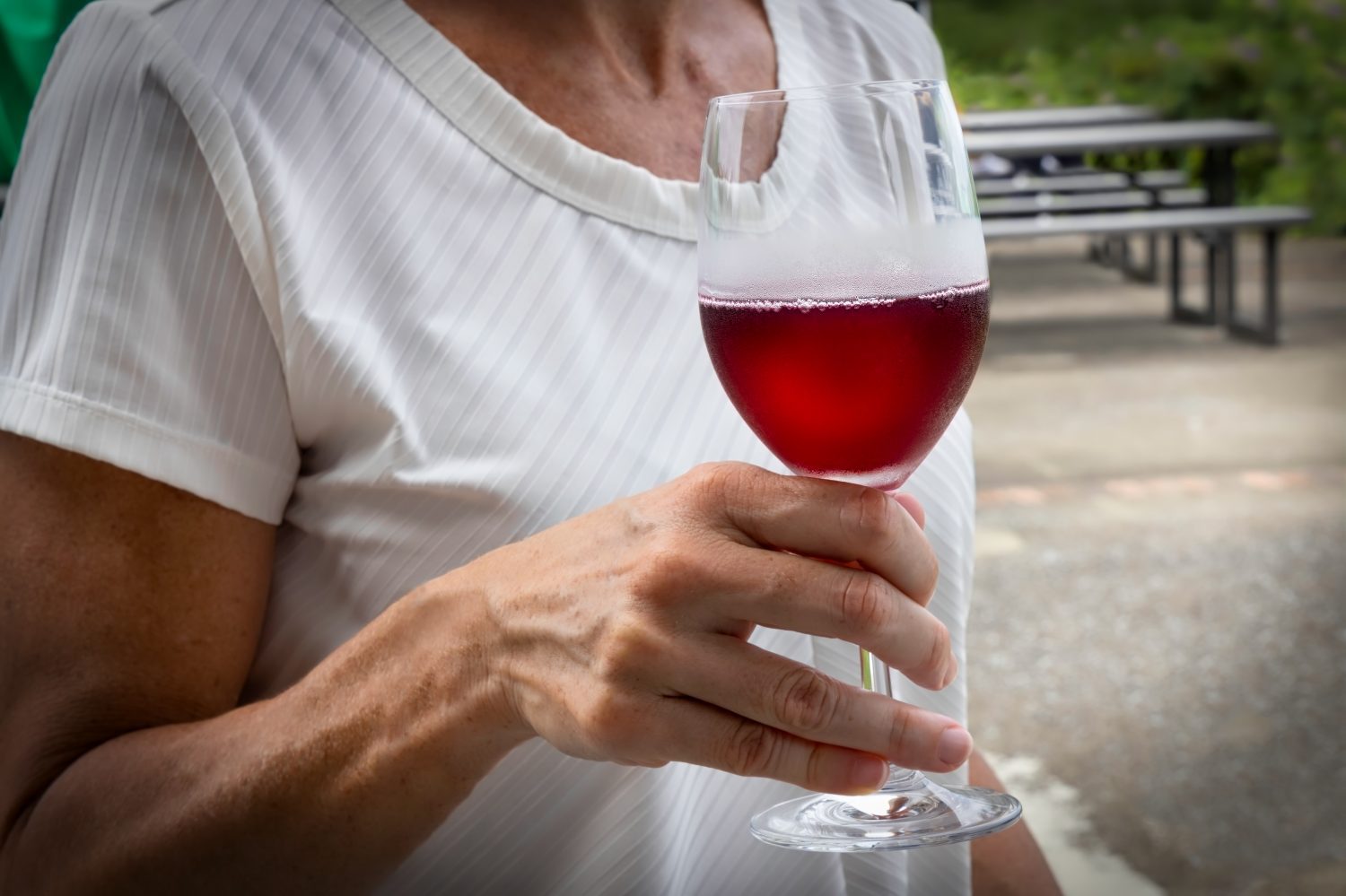 (Photo by Toasted Pictures via Shutterstock)

Three glasses of red wine or portions of chocolate a week may help Parkinson's disease patients live longer, according to new research.

The foods are high in flavonoids - healthy plant chemicals that boost the nervous system.

The compounds are also abundant in apples, berries, orange and tea.

Those who consumed at least three servings of such foods a week were up to 70 percent more likely to survive - over the next three decades.

He said: "People with Parkinson's who did something as simple as including three or more servings per week of common foods like red berries, apples and orange juice may have improved chances of living longer."

The degenerative disease is caused by a reduction in the brain chemical dopamine that regulates movement - leading to the classic symptoms of tremor and rigid muscles.

The study was based on 1,251 people with an average age of 72. It looked at several types of flavonoids - powerful antioxidants that douse inflammation.

Those in the top quarter of consumers of flavan-3-ols - found in apples, tea and wine - had an average 69 percent greater survival.

This was compared to peers whose intake of these products was in the bottom 25 percent.

The highest and lowest was around 673 and 134 mg (milligrams) a day, respectively.

Strawberries, for example, have about 180 mg of flavonoids per 100-gram serving, and apples roughly 113.

The US team used a questionnaire to determine participants' intake before and after diagnosis, for an average of 33 years.

Every four years, they were surveyed about how often they ate various foods - including tea, apples, berries, oranges and orange juice.

Specific flavonoids were calculated by multiplying the content of each by its frequency.

This was after taking into account additional factors including age and total calories consumed.

Interestingly, before diagnosis it was also linked to a lower risk of dying from any cause - but only in men.

Professor Gao said: "More research is needed to understand why people with Parkinson's who have diets higher in flavonoids may have better survival rates.

"However, if someone with Parkinson's is able to add a few servings of berries, apples, oranges and tea to their weekly diets, our results suggest it may be an easy and low-risk way to possibly improve their outcome.

"And while we do not encourage people who do not currently drink alcohol to start, people who do drink could consider shifting to red wine."

Professor David Dexter, associate director of research at Parkinson's UK, said: "Parkinson's is the fastest growing neurological condition in the world and there is currently no cure for it.

"While we do not fully understand what causes Parkinson's, a number of factors which may cause the dopamine producing brain cells to die have been identified.

"These include protein clumping together, faulty mitochondria, oxidative stress and accumulation of iron.

"About 3,500 different flavonoids are present in plants, particularly fruits. Flavonoids are powerful antioxidants which means they can stop oxidative stress, while some can also bind iron preventing its toxic effects.

"However, not all flavonoids we consume in our diet can get into the brain.

"Whilst this was a small study, looking at 1,251 people affected by Parkinson's, there is an interesting association between people who consumed high levels of flavonoids living longer during the study period, than those individuals consuming lower levels.

“Considering not all flavonoids we consume in our diet can get into the brain, further studies are needed before we can conclude flavonoids have a beneficial influence on the progression of Parkinson's."

Nearly one million people in the US are living with Parkinson's, according to Parkinson.org