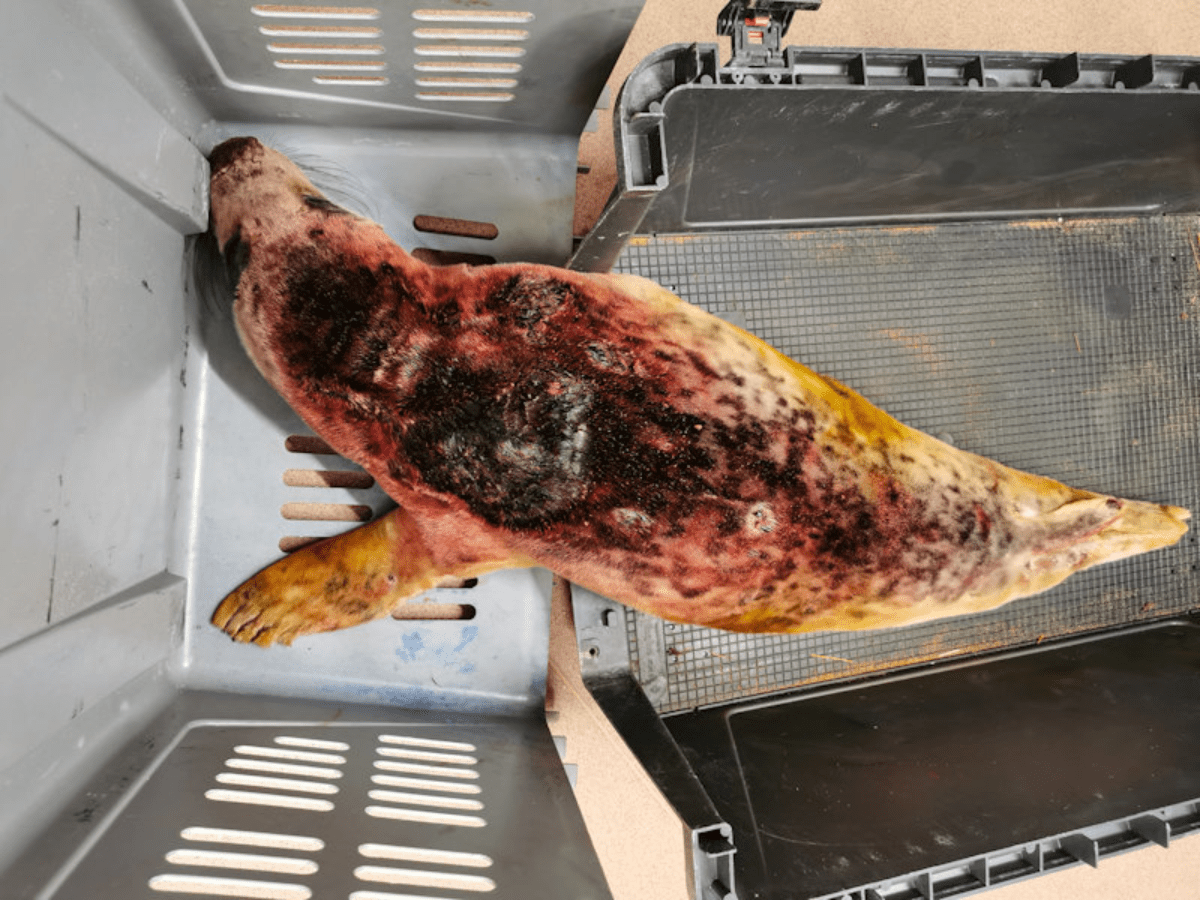 By Tilly Kirk via SWNS

Beachgoers have been warned to leave baby seals alone after a pup was discovered mauled by a dog on a British coast.

Shocking photos show a traumatized pup - believed to be less than a year old - left bloodied with 24 puncture wounds’ after a brutal dog attack.

The seal was rescued on Sunday from Kilnsea at Spurn Point on the Yorkshire, England coast by medics from British Divers Marine Life Rescue.

Emily Mayman, from the group, said: "So far the seal – now named Puck – is doing okay but understandably sore and traumatized.

"If you see a stranded pup on the beach, please give it double the amount of space you may think is necessary."

The incident was one of at least two reported over the past few days, as another seal was seen to be approached by a dog, which scared it but eventually left it unharmed.

The second pup was identified as uninjured and safe and is being monitored by the medics.