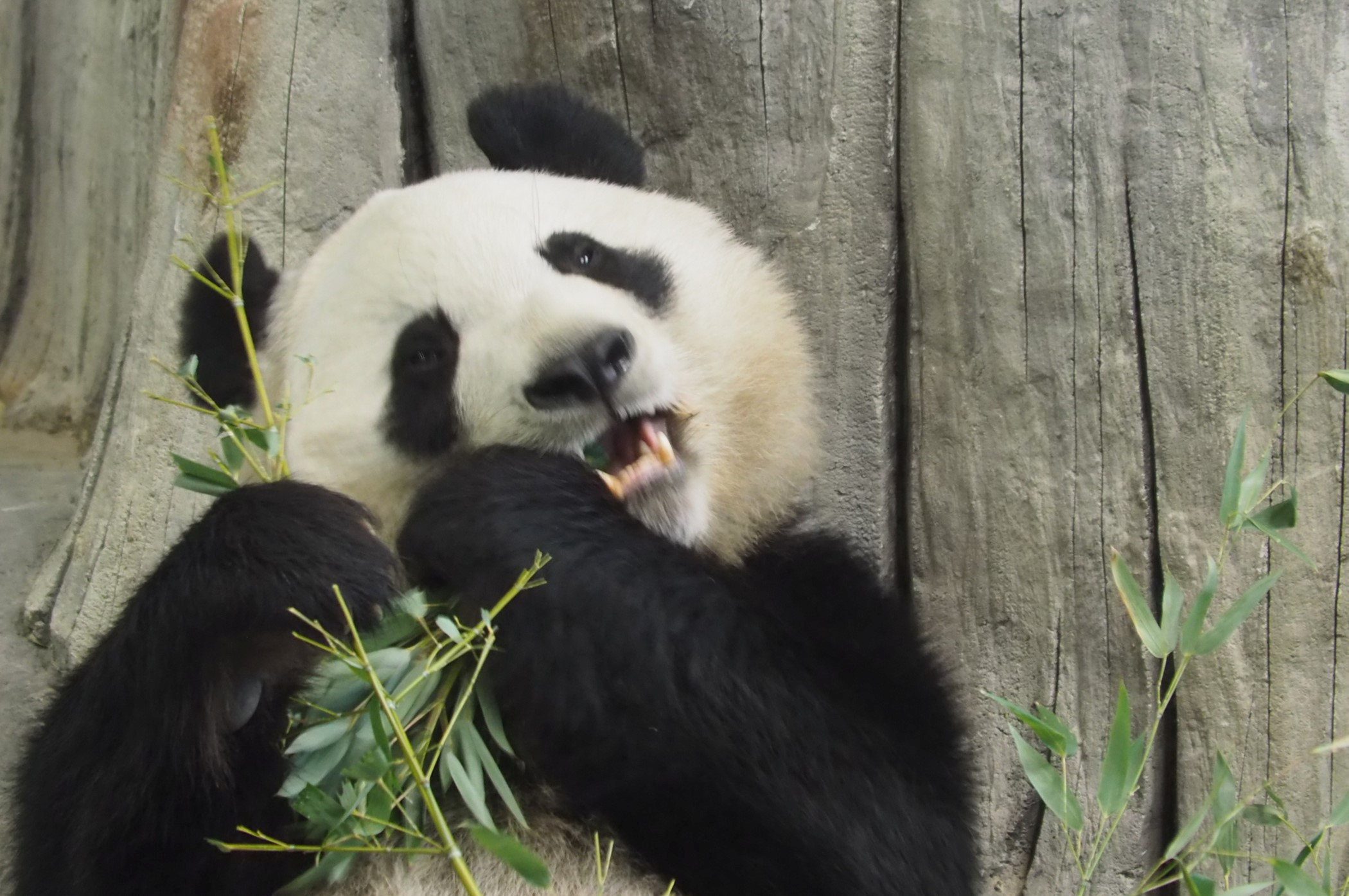 Pandas are black and white because it helps them hide from predators, according to new research.

The iconic bear's distinctive coat makes it one of the most recognizable creatures on the planet.

But it also provides one of the most effective camouflages in nature, across a range of environments.

Now, state of the art scans have shown its unique colorings actually work as a disguise.

The paradox came to light as biologists looked at panda pictures - and realized they couldn't see the animal.

"I knew we were on to something when our Chinese colleagues sent us photographs from the wild," co-author professor Tim Caro, of the University of Bristol explained.

"I couldn’t see the giant panda in the picture. If I couldn't see it with my good primate eyes, that meant would-be carnivorous predators with their poorer eyesight might not be able to see it either. It was simply a matter of demonstrating this objectively."

Most mammals are drab browns and grays with a few exceptions, like zebras, skunks, and orcas. The giant panda is perhaps the most famous.

Its face, neck, belly and rump is white to help it hide in snowy habitats. The arms and legs are black, making it hard to spot in the shade.

The findings in Scientific Reports back Charles Darwin's theory that evolution happens by natural selection.

Individuals in a species show variation in physical characteristics. As a consequence, those most suited to their environment survive.

The panda's dual coloration stems from its poor diet of bamboo and inability to digest a broader variety of plants.

They can never store enough fat to go dormant during the winter as other bears do.

So it has to be active year-round, traveling across long distances and habitat types that range from snowy mountains to tropical forests.

Analysis of the rare snaps - taken in their natural environment - found its black patches blend in with dark shades and tree trunks of the jungle.

Meanwhile its white areas match foliage and snow when present. In rare cases brown hair emerges, which fits in with the ground.

The intermediate color bridges the gap between the very dark and very light surroundings.

Results were based on computer models that represented the vision of a variety of species.

They remained whether images were 'viewed' by humans, jackals, snow leopards or yellow-throated martens. The latter three kill and eat pandas.

"The rare photographic evidence allowed us to examine the giant panda appearance in its natural environment for the first time," said lead author Dr. Ossi Nokelainen, of the University of Jyvaskyla, Finland.

"With help of the state-of-the-art image analysis, we were able to treat these images as if the pandas would have been seen by their predator surrogates using applied vision modeling techniques and also to explore their disruptive coloration.

"Comparative results totally bust the myth of giant pandas being overtly conspicuous in their natural habitat.”

Disruptive coloration is a second form of camouflage in which highly visible boundaries on the surface of an animal break up its outline.

In the panda's case, these are borders between the large black and white patches of fur.

It confirmed the giant panda fell solidly within other species that are traditionally considered as well camouflaged.

Co-author professor Nick Scott-Samuel, a psychologist at Bristol, added: "It seems giant pandas appear conspicuous to us because of short viewing distances and odd backgrounds.

"When we see them, either in photographs or at the zoo, it is almost always from close up, and often against a backdrop that doesn't reflect their natural habitat.

"From a more realistic predator's perspective, the giant panda is actually rather well camouflaged."

Interestingly a study by US scientists five years ago suggested the zebra's black and white stripes are not for camouflage.

It found they polarize light - reducing biting flies' ability to home in for a meal.