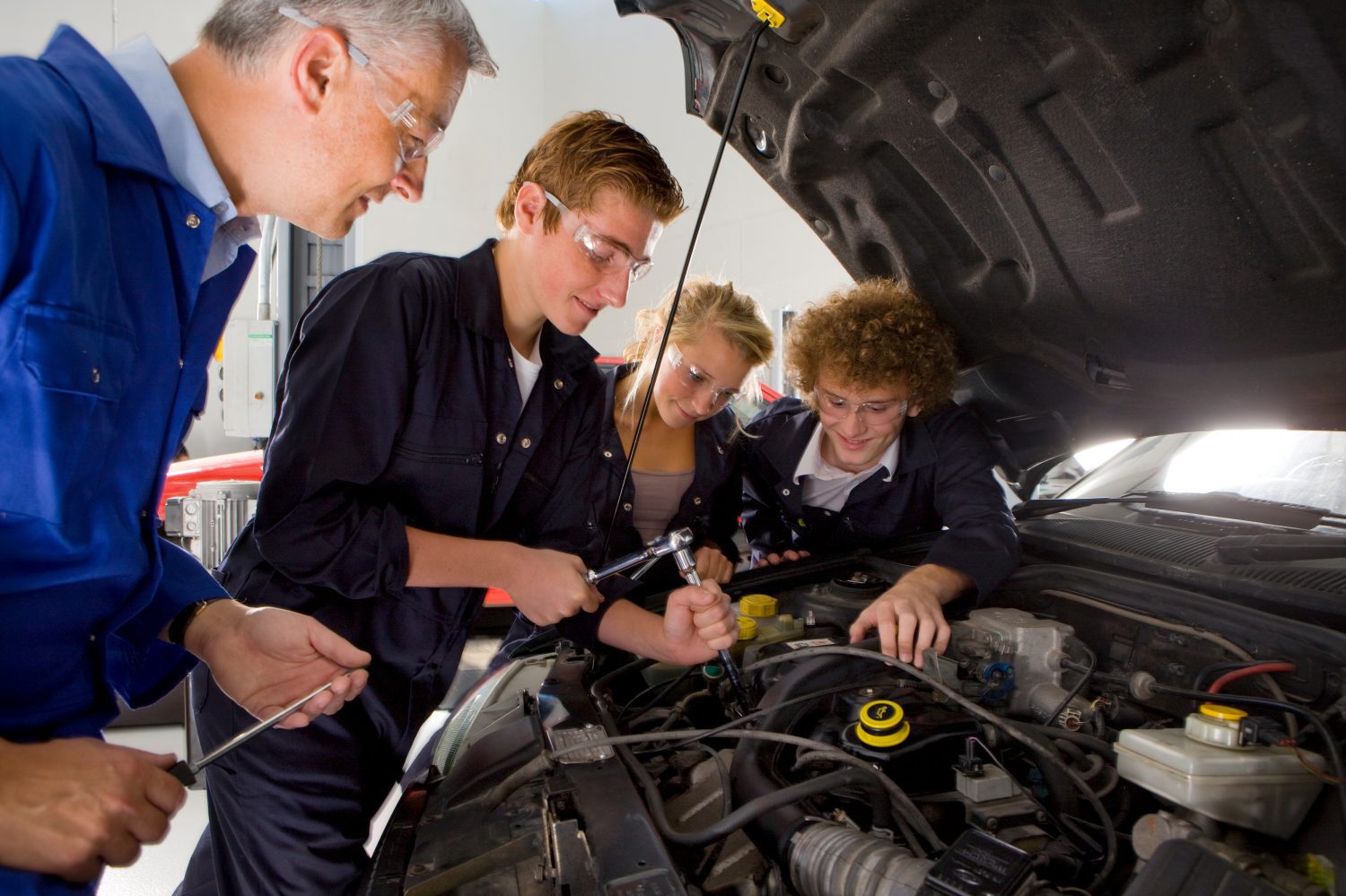 (Photo by Juice Verve via Shutterstock)

Teens today only want one thing: to forge their own success and happiness in their future careers.

A recent survey of 2,000 American high school students found that although a third of respondents have no post-graduation plans, 82% agree the most important thing to them is to do something they’re passionate about, regardless of what career they choose.

Seven in 10 (69%) said it’s important to have a job immediately after graduating, while others consider higher education more polarizing. Over half of students surveyed (55%) believe college isn’t a requirement for a successful career, compared to 45% who think it’s mandatory.

For students who haven’t considered any alternatives to higher education, half (51%) explained they didn’t know enough about other options, such as career paths in the skilled trades — hinting that students aren’t being exposed to those options in school.

Commissioned by Wolverine and conducted by OnePoll, the study revealed two-thirds saw how important essential workers and skilled trade careers were and continue to be during the pandemic, prompting 45% of students to show more interest in pursuing essential jobs.

But getting there may be no easy feat for these students. A third of American high-schoolers want to learn how to pursue their goals (34%), money to pay for their education (33%) and how to deal with parental pressure (31%).

The results also found students feel more pressure to pursue traditional higher education after high school than alternatives — a third (35%) have felt pressured to attend a traditional four-year college. Still, only 18% have felt the same pressure for vocational schools.

Three out of five (62%) said the pressure comes from their parents. Students also said they feel the heat about school from society (47%) and their high school's faculty (45%).

Meanwhile, nearly three-quarters (72%) believe looking at alternative options to a traditional four-year college is important. However, 30% have considered vocational schools, with 46% contemplating community college and 41% are thinking about having a job immediately after graduation.

“Those choosing to pursue a path in the skilled trades should always be celebrated and supported,” said Tom Kennedy, global president for Wolverine. “As the demand for skilled workers continues to grow, it’s more important than ever to understand student attitudes toward the future of work and help them to see the skilled trades as a valued and rewarding career path.”

Half (51%) said they’re familiar with skilled trade careers at some level, with 70% saying they’ve been taught a practical skill by someone they know outside of school.

However, two in three students said their schools offer vocational classes that teach them practical skills and essential careers. Meanwhile, 65% favor their vocational courses over their core curriculum.

For many respondents, it appeals to their learning abilities. Nearly half of students said they were either hands-on learners (42%) or visual learners (45%).

Students expressed the popular skills they want to learn in vocational classes are auto mechanics (33%), electrics (32%) and welding (32%).

“It’s essential that we continue to give high school students practical, hands-on opportunities — inside and out of the classroom — to nurture their interests and help them learn more about the array of career options available to them in the skilled trades,” continued Kennedy. “Our mission to raise awareness and help support those who want to forge their own path in the trades remains a key cornerstone of everything we do.”

TOP 10 SKILLS STUDENTS THINK SHOULD BE TAUGHT IN SCHOOL

New study says there’s nothing sexier than THIS