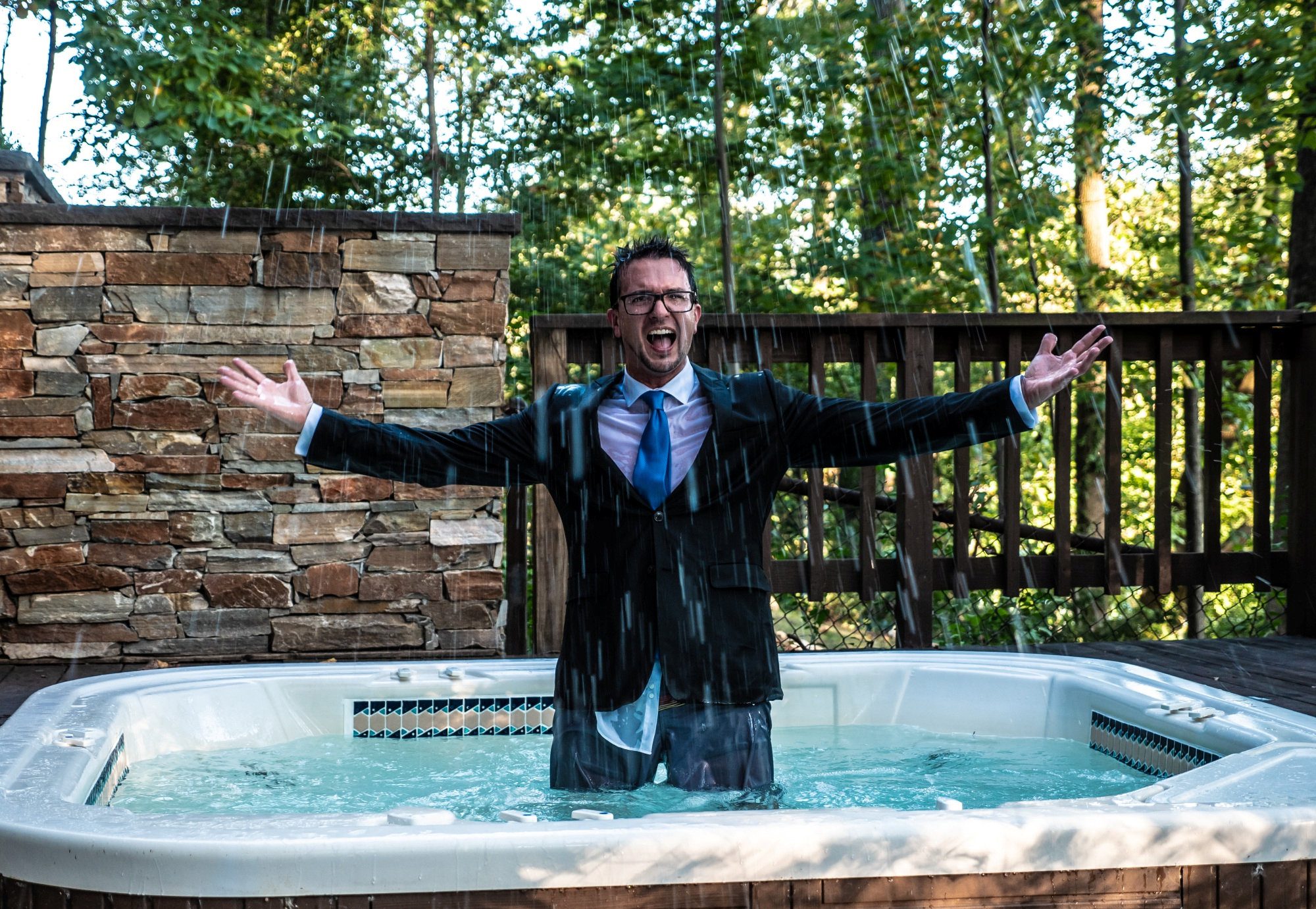 This realtor goes to extraordinary lengths to sell the homes in his portfolio.

Shawn Battle has posed as a fake meteorologist, bathed in a hot tub fully clothed, and even staged a phony football snap to showcase the properties he has on offer.

The inventive realtor has even created a video that promises to cure the insanity induced by working at home – a condition he calls “Labor Domicile Syndrome.”

“This is my thing and I love doing it.”

Shawn, an agent for 19 years, was looking for a way to bring a spark back to his career and, as a former drummer, he decided to mix his creative flair with his real estate chops.

“I said to myself, ‘I’ve been doing real estate for so long, how do I make it fun again?”

After being pushed by his business partner to start making videos he decided to use them to make memorable listings, drawing inspiration from sports, public holidays, movies and other areas of pop culture.

“It’s not always easy, but a lot of times I’ll just take a feature of a house and make it the main thing we’ll exploit,” he said.

He attributes much of the videos’ spunk to his videographers, who often come up with ideas and sometimes have cameos in his videos.

“My videographers help me a lot of times, they’re very creative and that really helps me,” he said.

Shawn now makes a video for every listing he has, and releases about two a month.

He’s always seen wearing a suit but often his attire gets spoiled when he jumps into a lake, plays basketball or climbs into a bubbling hot tub.

“Anytime I meet a client, no matter where it is, I’m in a suit, and I said ‘okay I’m going to incorporate being in a suit into my gimmick,’” he said.

Originally, Shawn was nervous about how the videos would be received.

“You always worry about what people will think about you and with my first video I was so scared to put it out there and was worried people would think I’m an idiot,” he said.

“But after you put it out and people really like it, it’s who cares what people think, so over the past two years I don't care anymore and I do what I like.”

He says comedic videos have brought him lots of new clients over the years.

“In open houses, people who don’t know me will come in and say they love my videos and ask me to help them buy a house.

“That’s the greatest part about it, they feel like they know me already and I don't have to do the introductions because they've already watched me.

“I don’t have to sell them on me, it’s already sold in the video.”