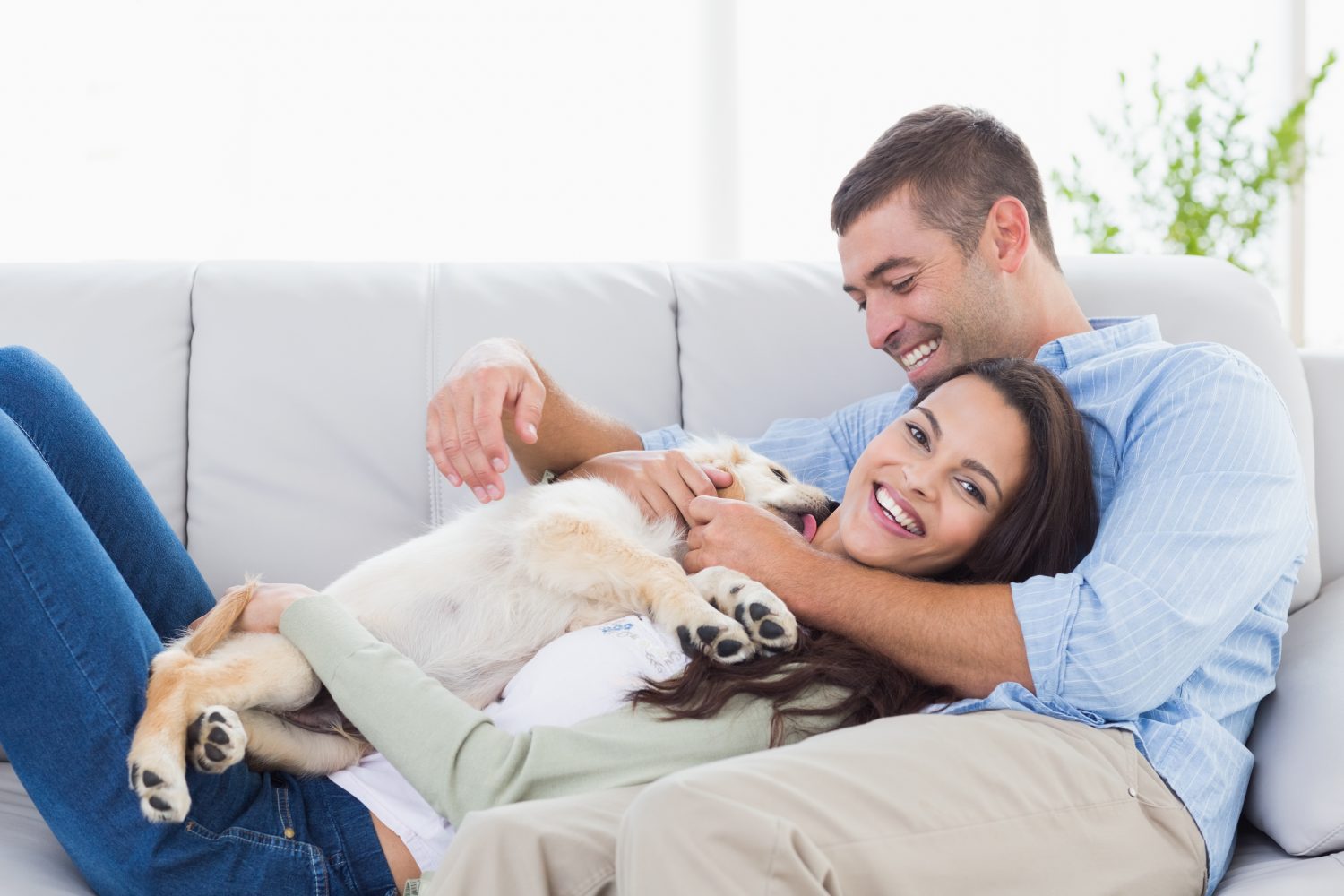 Six in 10 people would rather snuggle up with a pet than a partner, new research suggests.

A recent survey of 2,000 pet owners found that 61% would prefer to share their couch or bed with their pet over their significant other.

The reason? Two-thirds said their pet is usually a cleaner and quieter companion.

Conducted by OnePoll on behalf of Lovesac ahead of National Comfy Day, the survey also found that four in 10 also reported a higher quality of sleep when sharing their sofa or bed with their pet, likely because their fur pal doesn’t wake up to use the bathroom (59%) or disturb their slumber by snoring (53%).

The poll also hinted at a nation divided, with half saying they’d never allow their pet on their couch.

However, 77% of people would reconsider with older couches, and 65% would do so if their couch had washable covers.

“It’s important to consider the needs of everyone in the household, including your pets, but this can be challenging when it comes to furniture,” said Shawn Nelson, Lovesac’s CEO and Founder. “Choosing a durable couch with machine-washable covers and replaceable cushions will save you a lot of time worrying about potential repairs or tough stains.”

Respondents also noted that their pets seem to get better sleep than they do, especially dogs (75% vs. 65% of cats).

Half (51%) of pets forgo their regular bed in favor of a carpet or rug, while 37% nap on a table. Twenty-nine percent of fur pals have also gotten cozy on the laundry.

And people sometimes do the same. In fact, about as many people (30%) have used laundry as a bed. While 51% have slept or napped on their couch, others admitted to catching some Zs in more unconventional places, including a carpet or rug (44%) and a table or desk (36%).

Overall, the average respondent spends 41 minutes a week sleeping or napping somewhere other than their bed, most commonly their couch, with more than half saying that’s their preferred napping spot.

More than half (52%) of respondents say their pet has damaged their couch and 69% of those were forced to throw it away due to the damage.

What makes a couch more comfortable than other pieces of furniture? Having an ideal level of softness (34%) and an optimal height (23%), according to most respondents.

The most popular things to do on a couch include watching TVs and movies (98%) followed closely by napping or relaxing (96%).

“A good couch should be washable, changeable and rearrangeable so that you can relax, nap or catch up on our favorite series without worry.” Shawn added. “That’s what comfort is all about.”