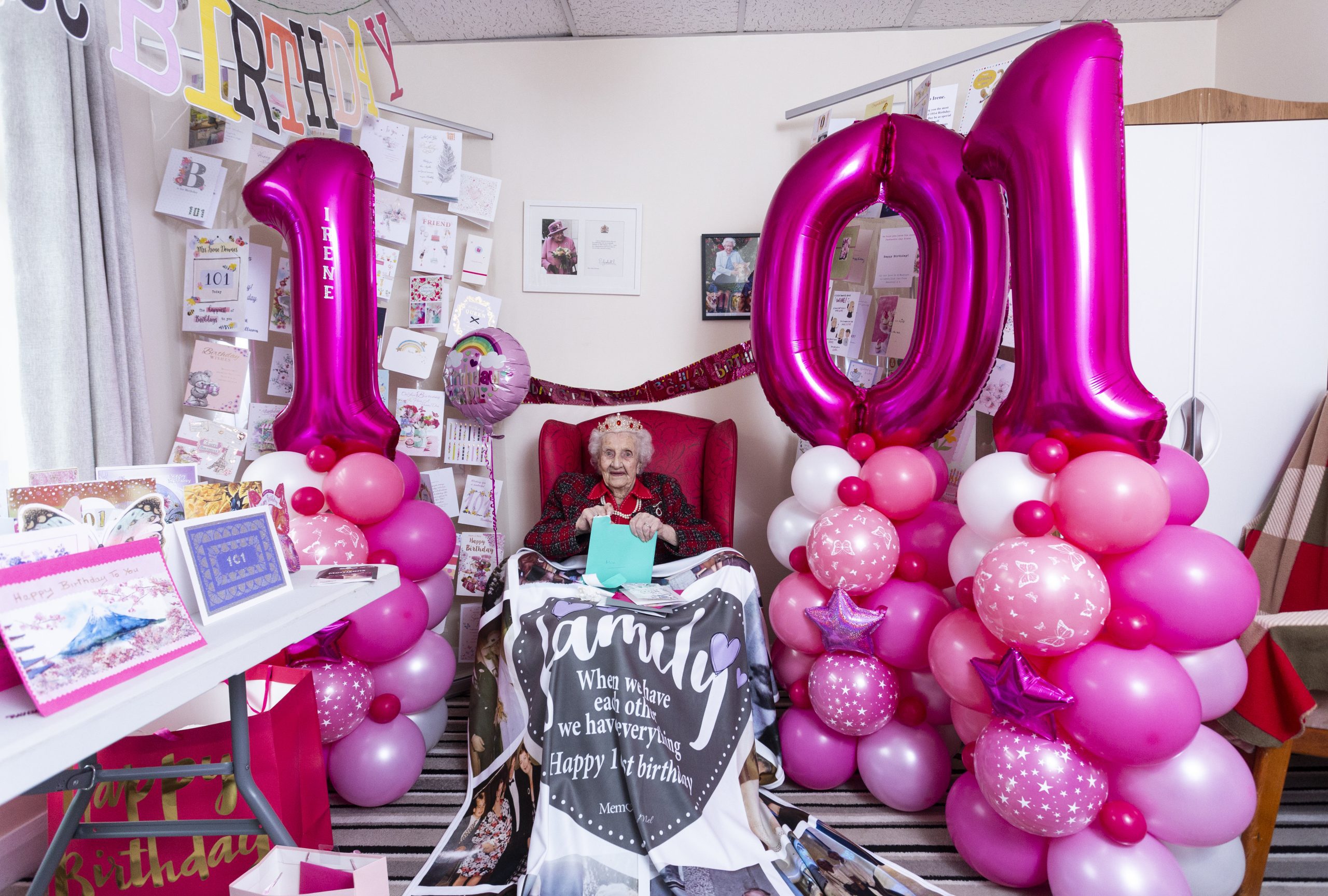 Irene Downes has celebrated her 101st birthday surrounded by hundreds of cards from generous strangers. (SWNS)

By Ashley Pemberton via SWNS

A widow has celebrated her 101st birthday surrounded by hundreds of cards from generous strangers after nursing home staff launched an appeal on social media.

Irene Downes said she was overwhelmed by the kindness of well wishers who sent a greeting to the nursing home where she is a resident.

Staff at the Woodlands Residential Home in Wakefield, New York, were saddened when they heard how her 100th birthday was ruined as Coronavirus restrictions meant she couldn't have visitors.

So manager Vikki Banks set about to make her birthday this year extra special and asked strangers to send a card to Irene.

Vikki even appeared on local radio to plug her campaign to encourage more people to send cards.

On February 18, giddy Irene opened more than 300 cards from people across the country.

She said: “I just want to say thank you to everybody for being so kind.

“I’m overwhelmed by your kindness. Thank you very much – I’m famous now.”

Leeds lass Irene has been at the nursing home since September.

She met her late husband, Frank, when she was just three years old at Sunday School and the pair married at 21, and had two sons, Geoffrey and Stephen.

She was sent a card from the Queen for her 100th birthday, which is now framed and has pride of place on the wall of her room and she greets it every day with a royal wave.

Sprightly Irene, who has five grandchildren and two great-grandchildren, said she loves visits from her family and even has a dance routine she does with the staff.

She added: “I am quite in time with the routine – not bad for 100 years young!

“My mother Florence lived until she was 104 years old and I looked after her through her later years – this milestone age must be in the blood!”

Vikki said: “My overall aim was to make her 101st birthday one to remember as Irene couldn’t celebrate her 100th birthday due to Covid and I want to make this year memorable for her.”