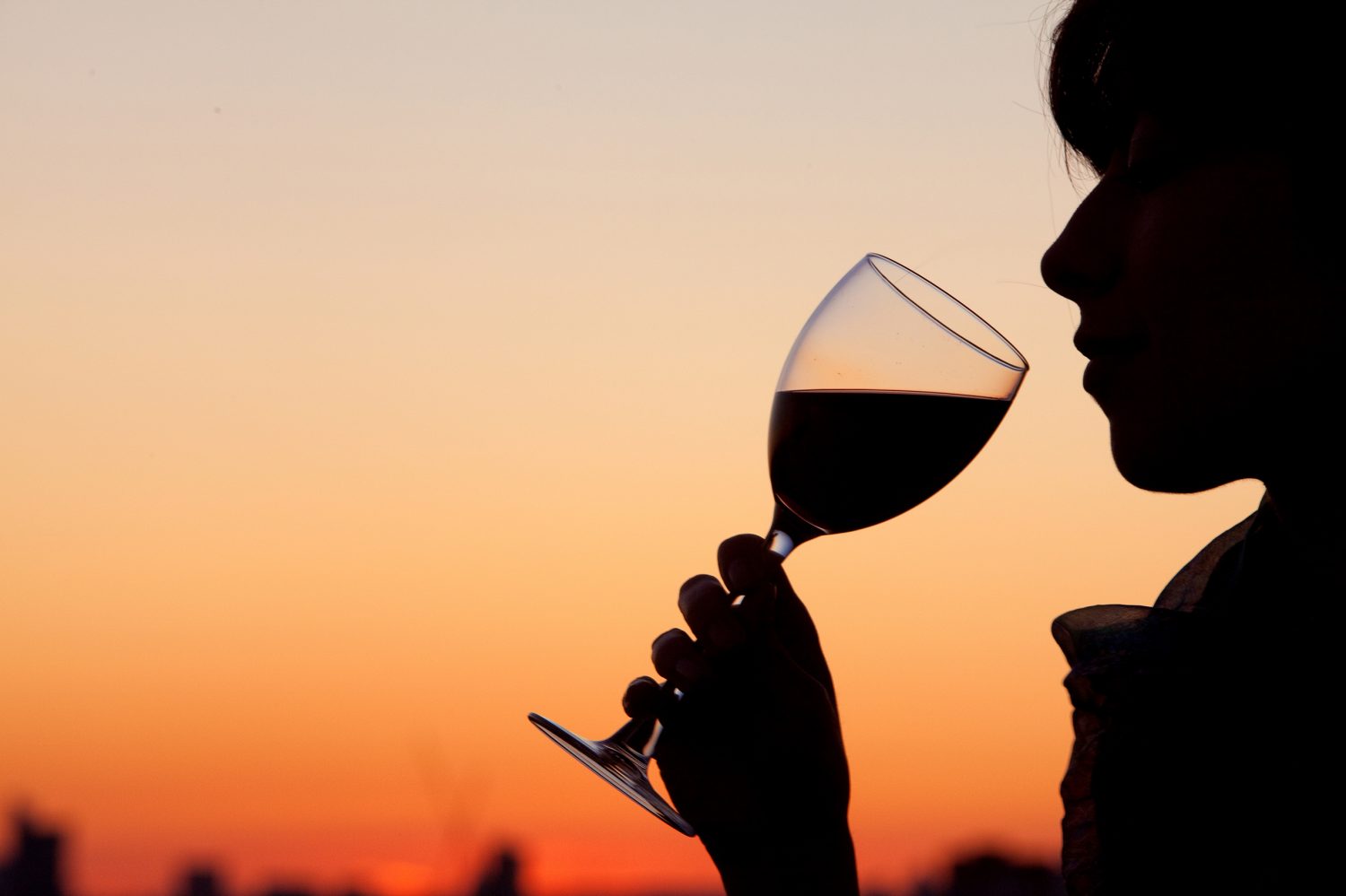 Just one glass of wine a day reduces the size of the brain and two could age the brain by two years, warns new research.

The study involving more than 36,000 people revealed that two alcoholic drinks a day was linked with changes in the brain equivalent to aging two years.

Heavier drinking was associated with an even greater toll.

Previous research has shown that heavy drinkers have alterations in brain structure and size that are associated with cognitive impairments.

But, according to the new study, alcohol consumption even at levels most would consider modest - a few beers or glasses of wine a week - may also carry risks to the brain.

The analysis of data from more than 36,000 British adults, led by a team from the University of Pennsylvania , showed that light-to-moderate alcohol consumption was associated with reductions in overall brain volume.

The link grew stronger the greater the level of alcohol consumption, according to the findings.

As an example, in 50-year-olds, as average drinking among individuals increases from one alcohol unit (about half a pint of beer) a day to two units - a pint of beer or a glass of wine - there are associated changes in the brain equivalent to ageing two years.

Going from two to three alcoholic units at the same age was like aging three-and-a-half years, according to the findings published in the journal Nature Communications.

Corresponding author Dr. Gideon Nave, Assistant Professor in the Wharton Neuroscience Initiative at Penn, said: “The fact that we have such a large sample size allows us to find subtle patterns, even between drinking the equivalent of half a beer and one beer a day."

Professor Henry Kranzler, who directs the Penn Center for Studies of Addiction, said: “These findings contrast with scientific and governmental guidelines on safe drinking limits.

“For example, although the National Institute on Alcohol Abuse and Alcoholism recommends that women consume an average of no more than one drink per day, recommended limits for men are twice that, an amount that exceeds the consumption level associated in the study with decreased brain volume.”

While strong evidence exists that heavy drinking causes changes in brain structure, including major reductions in grey and white matter, other previous studies have suggested that moderate levels of alcohol consumption may not have an impact, or even that light drinking could benefit the brain in older adults.

The Penn team have conducted previous studies using the UK Biobank, a dataset with genetic and medical information from half a million British middle-aged and older adults.

They used biomedical data from the same resource for the current study, specifically looking at brain MRIs from more than 36,000 adults in the Biobank, which can be used to calculate white and grey matter volume in different regions of the brain.

Dr. Nave said: “Having this dataset is like having a microscope or a telescope with a more powerful lens.

“You get a better resolution and start seeing patterns and associations you couldn’t before.”

To gain an understanding of possible connections between drinking and the brain, he explained that it was "critical" to control for confounding variables that could cloud the relationship.

The volunteer participants had responded to survey questions about their alcohol consumption levels, from complete abstention to an average of four or more alcohol units a day.

When the research team grouped the participants by average-consumption levels, a small but apparent pattern emerged - the grey and white matter volume that might otherwise be predicted by the individual’s other characteristics was reduced.

Going from zero to one alcohol units didn’t make much of a difference in brain volume, but going from one to two or two to three units a day was associated with reductions in both grey and white matter.

Study first author Dr. Remi Daviet, an Assistant Professor of marketing at the University of Wisconsin, said: “It’s not linear. It gets worse the more you drink.”

He said that even removing the heavy drinkers from the analyses, the associations remained.

The lower brain volume was not localised to any one brain region, the findings showed.

To give a sense of the impact, the researchers compared the reductions in brain size linked with drinking to those that occur with ageing.

Based on their modelling, each additional alcohol unit consumed per day was reflected in a greater ageing effect in the brain.

While going from zero to a daily average of one alcohol unit was associated with the equivalent of a half a year of aging, the difference between zero and four drinks was more than 10 years of aging.

In future work, the authors hope to tap the UK Biobank and other large datasets to help answer additional questions related to alcohol use.

Dr. Nave said: “This study looked at average consumption, but we’re curious whether drinking one beer a day is better than drinking none during the week and then seven on the weekend.

“There’s some evidence that binge drinking is worse for the brain, but we haven’t looked closely at that yet.”

The researchers say the findings may prompt regular drinkers to reconsider how much they imbibe.

Dr. Daviet said: “There is some evidence that the effect of drinking on the brain is exponential.

“So, one additional drink in a day could have more of an impact than any of the previous drinks that day.

"That means that cutting back on that final drink of the night might have a big effect in terms of brain aging.”

This blood pressure pill could end injections for diabetics

Forget FOMO, many adults are now struggling with FOGO