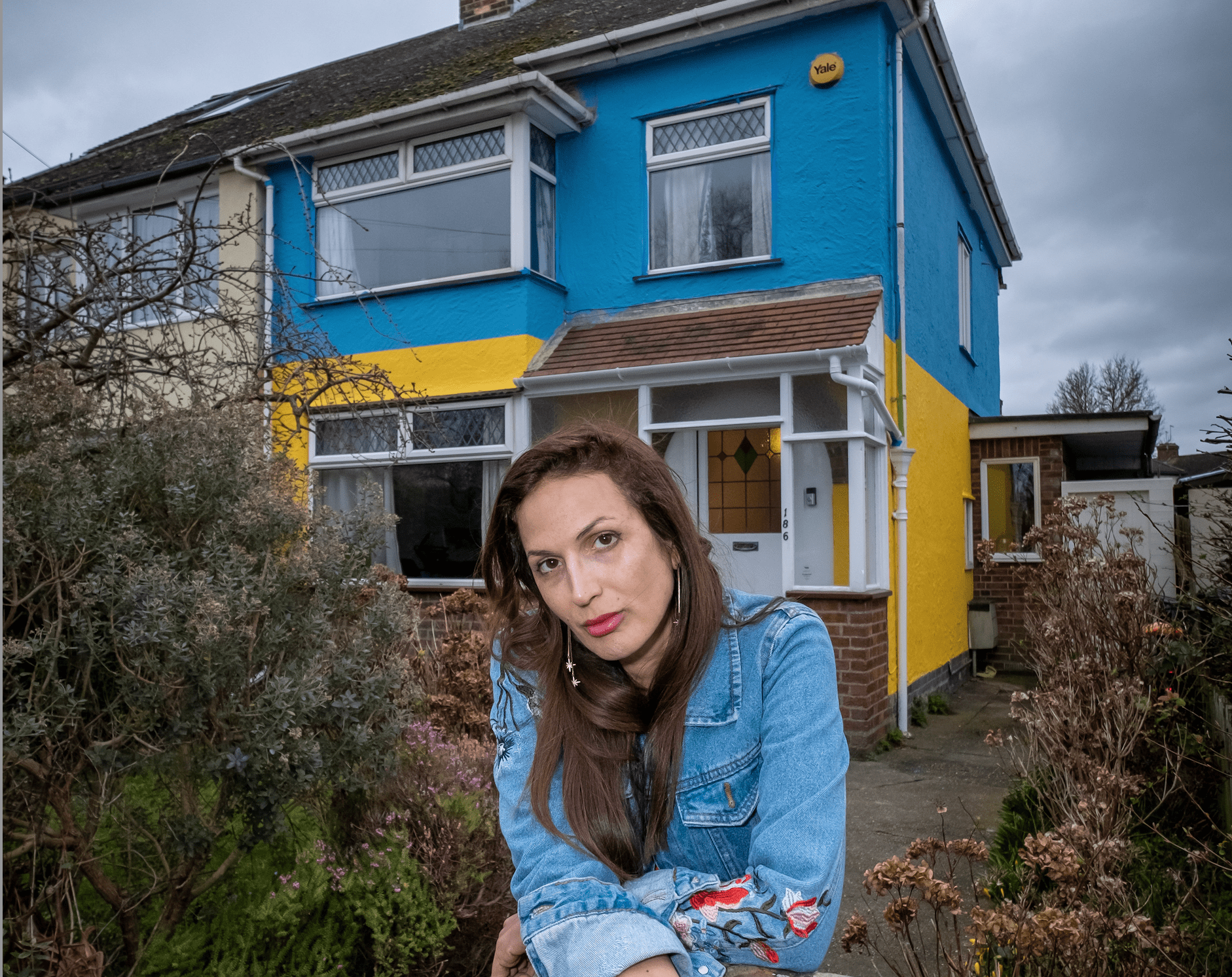 By Ben Turner via SWNS

A couple who painted their house in the colors of Ukraine's flag has promised to host a refugee under the British government's Homes for Ukraine scheme.

Rend and Michael Platings, who live with daughter Samantha, eight, daubed their three-bed house in blue and yellow last week.

Now they have revealed plans to open their doors for a friend who is stranded with her parents at an apartment in central Kyiv.

Rend and Michael are among tens of thousands of Brits who have offered spare rooms to Ukrainian refugees under the government's new initiative which went live yesterday (March 14).

Rend has completed her online application and hopes to sponsor friend Kristina Corniuk, who she met at a restaurant in Kyiv three years ago, to stay at her semi-detached home in Cambridge, England.

Rend said: "I don't feel like I can just sit back. I think it's our responsibility to be active citizens and fight injustice."

She and her husband have agreed to offer their spare double room to Kristina, a Spanish teacher who is living within metres of falling bombs in Kyiv.

The couple said that daughter Samantha was happy with the family's plan.

Rend, who has been on holiday with Kristina and met her family, said: "The war is feeling like it's coming closer and closer to Kristina.

"Yesterday she told me that she was up all night because there were sirens and bombs.

"The next day they found out the strikes were around 200 metres from their apartment."

Rend, a former Iraqi diplomat who now runs Cambridge-based charity Sugarwise, said that Kristina had stayed in Kyiv to look after her parents and grandfather, who is around 90 years old.

She added that it is not clear whether Kristina's family will also try to reach the UK or seek safety in western Ukraine or another European country.

Rend, who used to visit Kyiv several times a year for work, said: "We've had to reassure Kristina that she won't be a burden staying with us.

"She's worried about finding a job here so I've told her that will find work.

Rend described the Homes for Ukraine application form as "pretty straightforward" and said it involved sharing details about the room size and access to shared facilities like the kitchen and bathroom.

In a message to others considering offering a spare room, she said: "I can understand people's hesitancy but they should be reassured that this is an official government programme and they will be supported."

Rend and husband Michael last week turned heads when they painted their home in the colours of Ukraine's flag as a show of "solidarity" with the country.

The couple spent £76 ($99) on two five-litre tubs of blue and yellow paint to transform their house, which is situated opposite a park.

Rend, who said she and Michael had made thousands of pounds worth of donations to Ukraine's army and humanitarian aid, added that neighbours had given a "fantastic" response to the new paint job.

You could be the Queen of England’s next-door neighbor for $1.5 million