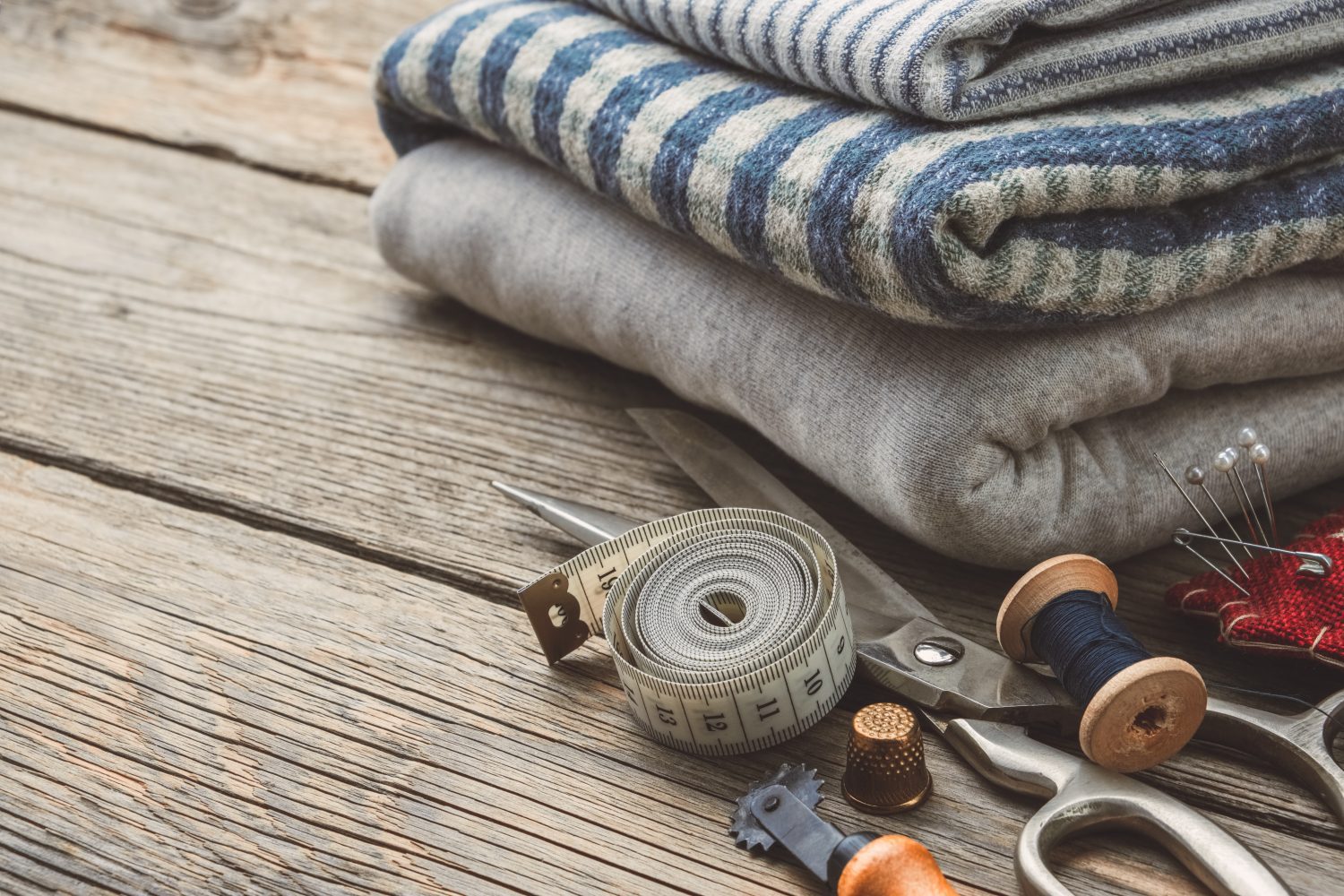 (Pedal to the Stock via Shutterstock)

A clothing fiber based on the ear that can "hear" your heartbeat has been developed by scientists, leading to a revolution in acoustics, according to scientists.

The new tech could give rise to everything from wearable hearing aids and clothes that can speak to each other to ways to detect cracks in buildings and even detect space dust accumulating on spacecraft.

Researchers in the US stitched a single fiber to a shirt’s inner lining, just over the chest region, and found it accurately detected the heartbeat of a healthy volunteer, along with subtle variations in the heart’s “lub-dub” features.

The tech could also be used on clothes worn by pregnant women to help them pick up their baby’s heartbeat.

It works by first converting sounds into mechanical vibrations before they are converted again into electrical signals, similar to how the ear works.

Lead author Dr. Wei Yan who started the research at the Massachusetts Institute of Technology said: "It can be integrated with spacecraft skin to listen to accumulating space dust, or embedded into buildings to detect cracks or strains.

“It can even be woven into a smart net to monitor fish in the ocean. The fiber is opening widespread opportunities.

“Wearing an acoustic garment, you might talk through it to answer phone calls and communicate with others."

Dr. Yan, who is now an assistant professor at the Nanyang Technological University in Singapore, added: “In addition, this fabric can imperceptibly interface with the human skin, enabling wearers to monitor their heart and respiratory condition in a comfortable, continuous, real-time, and long-term manner.”

All fabrics vibrate in response to sounds, although these responses are normally far too small to be audible.

Researchers created a flexible fibre that bends when it is woven into fabric.

It can capture a whole range of sounds and can determine the direction noise from sudden sounds such as handclaps are traveling in.

When woven into a shirt’s lining it can detect the subtle features of a wearer’s heartbeat.

The fibers can also be made to create sounds, such as recordings of spoken words, that can be picked up by another fabric.

The researchers say the fabric allows wearers to monitor their heart and breathing in a comfortable way over long periods and could also be used to answer phone calls and communicate.

In their quest to make sound-sensing fabrics they looked to the human ear for inspiration.

When these waves reach our ear, which is an extremely sensitive and complex three-dimensional organ, our eardrum uses a circular layer of fibers to translate the pressure waves into mechanical vibrations.

These vibrations travel through small bones into the inner ear, where our cochlear converts the waves into electrical signals that are sensed and processed by our brain.

Inspired by the human ear, the team sought to make a fabric ‘ear’ that would be soft, durable, comfortable and good at detecting sound.

As the team did their research they made two important discoveries- that any fabric would need stiff fibers to effectively convert sound waves into vibrations, and that they would need to design a fiber that could bend with the fabric and make electricity in the process.

With this in mind, the team developed a layered block of materials called a preform, made from a piezoelectric layer as well as ingredients to enhance the material’s vibrations in response to sound waves.

The resulting preform, about the size of a thick marker, was then heated and pulled into thin, 40-meter long fibers.

They then wove the fiber to a fabric that was lighter than a denim jacket but thicker than a dress shirt.

The team tested the fabric’s sensitivity to directional sound by clapping their hands while standing near the shirt at different angles.

The fabric was able to detect the angle of the sound to within one degree at a distance of three meters away.

The researchers envision that a directional sound-sensing fabric could help those with hearing loss to tune in to a speaker amid noisy surroundings.

Finally, the team used the device as a speaker, recording a string of words before feeding the recording to the fiber.

The fiber converted the electrical signals to audible vibrations, which a second fiber was able to detect.

Professor Yoel Fink, a co-author of the study, said: “This research offers quite literally a new way for fabrics to listen to our body and to the surrounding environment.”

You could be the Queen of England’s next-door neighbor for $1.5 million

Staff noticed a change in Bibi’s behavior two days ago. She was restless outside and wanted to go indoors and...

Scientists have learned the secret to its success.

Guests will have just 10 minutes inside the bar to sample the single cask Scotch whiskies on offer.

“Buddy is still understandably a little nervous around the rest of the Wellbeing Dog team, but he’s a lovely calming...

The couple - who have two sons, Jason, 32, and Kyle, 31- continued to grow sunflowers over the years and...