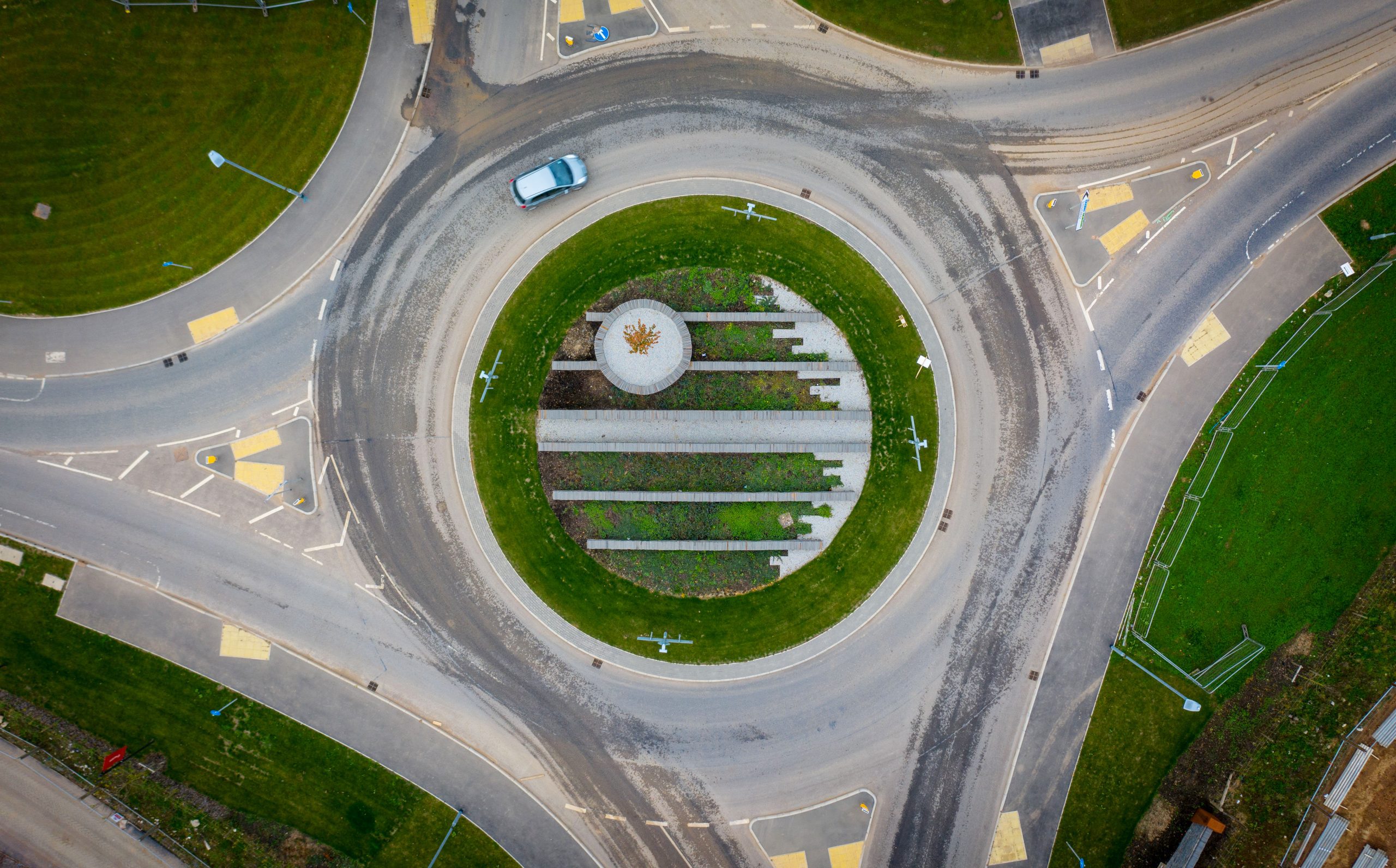 Motorists have been left stunned by a new roundabout built in their town after noticing it bears an uncanny resemblance to the Death Star from "Star Wars."

From the ground, the unassuming roundabout just appears to feature ornamental walls with a single solitary tree.

But the force was strong with some locals who noticed that from an elevated position it looks just like the evil Galactic Empire's space station and superweapon.

Drivers have now joked of their fears that the "Coalville Death Star" had descended on their town from a galaxy far far away.

"I'm a big fan of the films so to get our own Death Star is really exciting," said teaching assistant Christie Bankhurst, 36, who lives in the town.

"Hopefully it doesn't spell too much trouble for Coalville, although the shopping center could do with being knocked down and rebuilt.

"I just hope our Death Star doesn't suffer the same fate as the one in the films as it's a really cool addition to the area."

Other locals took to social media to react to their new roundabout with one person quipping: "Be a shame for X-wings to blow up Coalville."

Another added: "You wouldn't want to over shoot that roundabout, you might get obliterated by the super laser."

A third commented: "Sometimes see some sinister characters in black hoodies hanging about round there. It must have been Darth Vader and the Emperor though."

The Death Star was made famous by the Star Wars films – first appearing in "Episode VI: A New Hope" in 1977. It was a galactic space station and super-weapon capable of destroying planets and was led by Peter Cushing’s Grand Moff Tarkin.

The Death Star was created to blow up the planet Alderaan with its powerful superlaser before later being destroyed by Luke Skywalker. A second partially-completed Death Star appeared in "Return of the Jedi" in 1983 before that too was destroyed by the Rebel Alliance.

The roundabout’s likeness with the famed space station is not a coincidence though and is a deliberate homage to the town’s links with Star Wars.

The area once made toys for the sci-fi film franchise at the Palitoy factory until it closed in 1994.

“One of the planning conditions for the Grange Road housing development was that the developer come up with a landscaping scheme for the roundabout and the green space in front of the houses," said councillor Ozzy O’Shea, Leicestershire County Council’s cabinet member for highways and transport.

"The Death Star themed roundabout is rather unusual and we are pleased to see it is now fully operational -but not armed!

"It is a great way to celebrate Leicestershire’s heritage - Palitoy, which made Star Wars figures for the UK market, employed hundreds of local people over many decades.

“The roundabout has been funded by the developers, Harworth Estates, and although we will adopt it after 12 months, as part of the highway, they will continue to be responsible for its maintenance.”