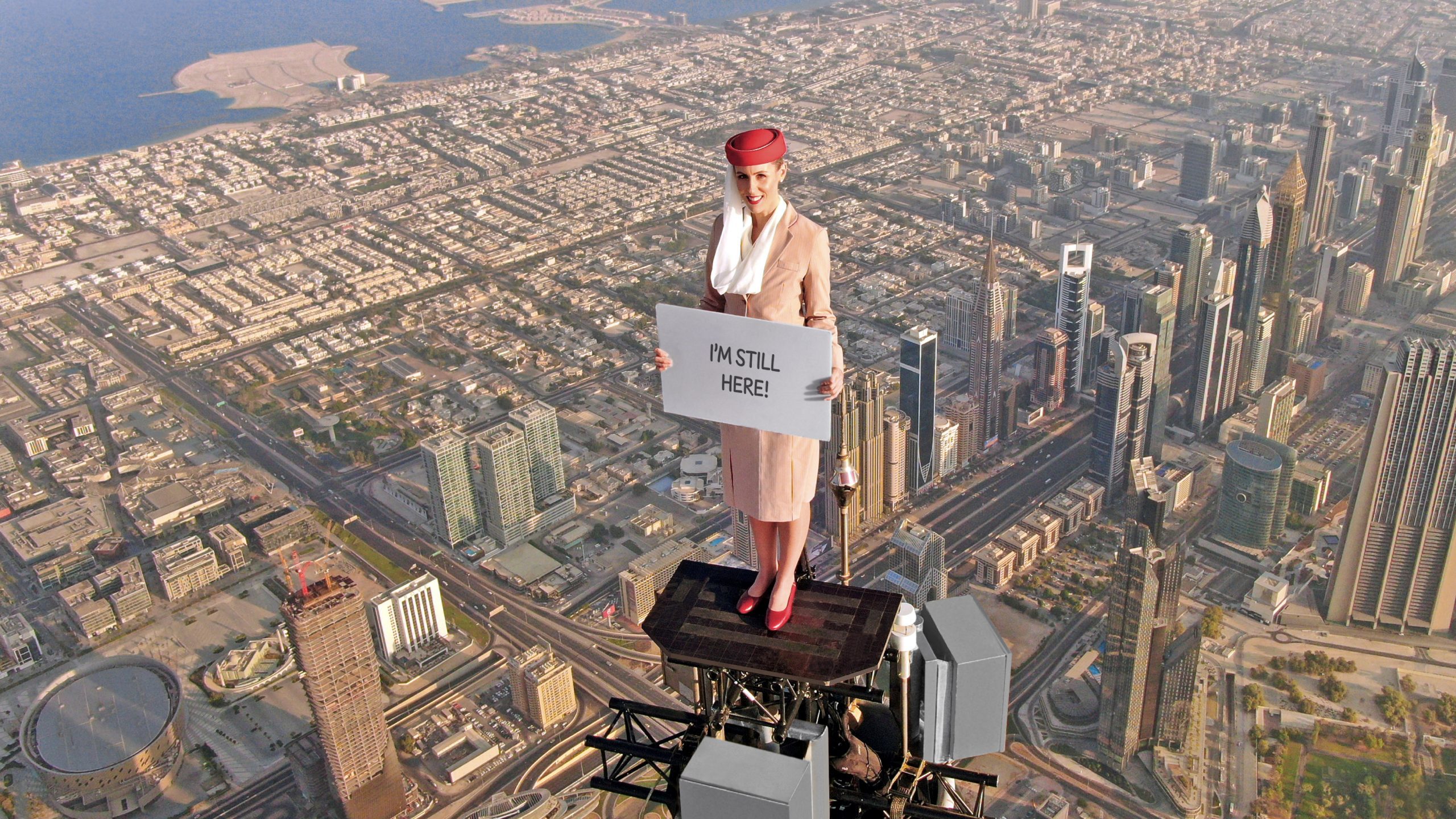 These jaw-dropping images show a stuntwoman standing on top of the tallest building in the world – as a passenger jet flies by.

The Emirates airline hit global headlines and social media feeds in August 2021 when it released scenes of Nicole Smith-Ludvik atop the Burj Khalifa in Dubai.

Now, brave Nicole has recreated the stunt, but this time joined by an Emirates A380 airplane.

She is seen standing at the pinnacle of the building holding up message boards with an invitation to visit the Expo 2020 Dubai.

Gesturing to her ‘friend,' an Emirates A380, wearing the Expo 2020 Dubai livery, gracefully soars into the background as Nicole stands firmly on the spire of the world’s tallest building.

Cleverly, the plane's fuselage bears a picture of Nicole in the same pose.

While the ad looked like it was shot effortlessly, Emirates say the whole project involved in-depth planning and meticulous execution involving stakeholders across Dubai’s aviation ecosystem, with a strong focus on safety at every juncture when conducting the low flying maneuvers.

The carefully choreographed flypast involved the A380 flying at a low altitude of only 2,700 feet, the exact height of Burj Khalifa by Emaar.

The aircraft also flew at a very low speed of 145 knots. To put that into perspective, the average cruising speed of an A380 is around 480 knots.

The low speed ensured the aircraft could efficiently and continuously circle around the Burj Khalifa and achieve a tight radius without drifting away.

In total, the Emirates A380 circled the Burj Khalifa 11 times to get the right selection of shots for the ad.

The aircraft also appeared as if it was flying very close to the stuntwoman as she was standing on the Burj, when in fact it was over half a mile away.

Sir Tim Clark, President of Emirates Airline said: “Now at the halfway mark of its six-month run, the excitement and momentum around Expo 2020 Dubai remain strong.

"Our latest campaign boldly carries the Expo message and invites people to come and experience what is truly the world’s greatest show.”

Survey says these are 40 most boring things in life