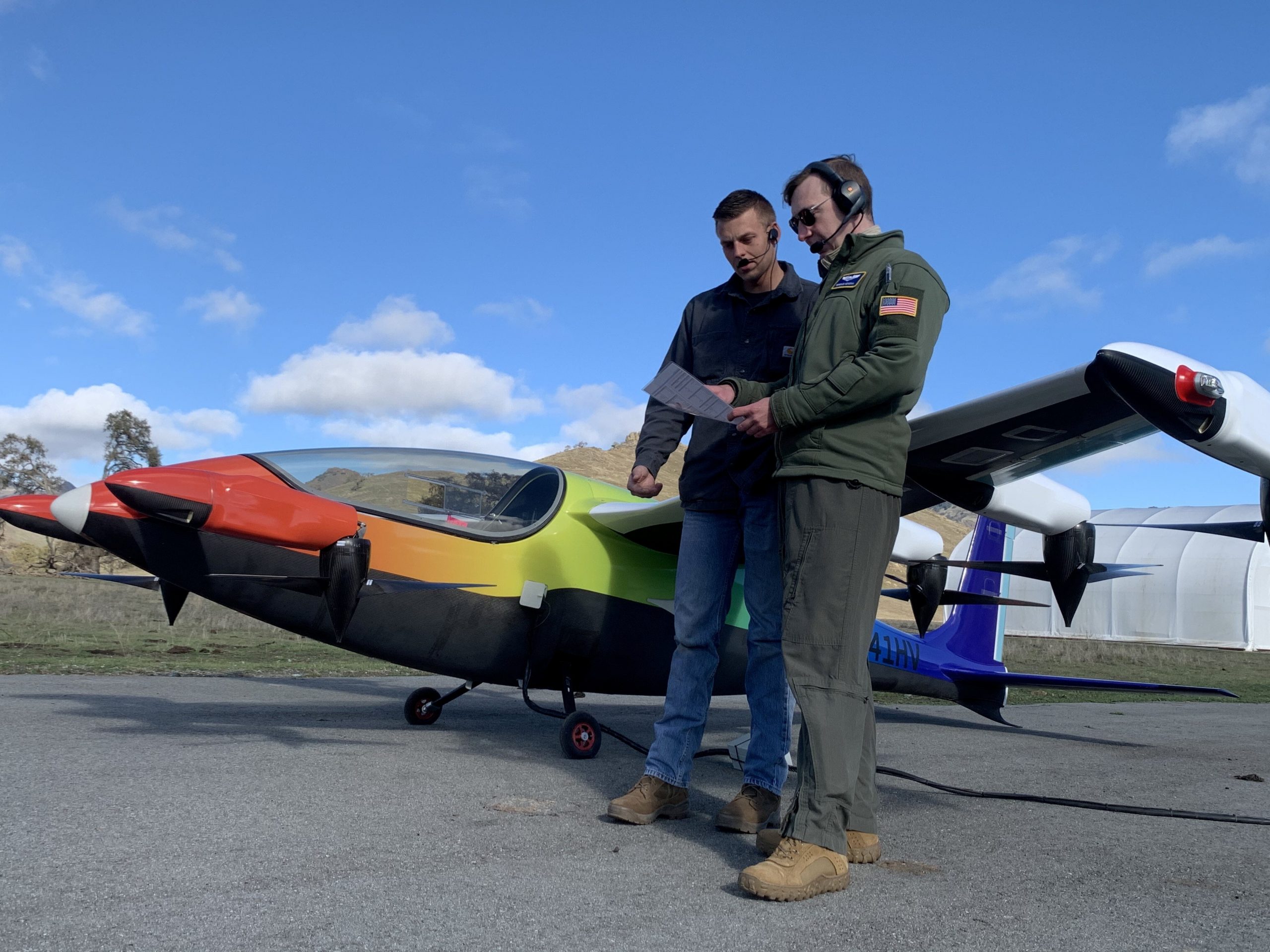 Capt. Terrence McKenna, an Air Force Reserve pilot with the 370th Flight Test Squadron and the Test and Experimentation Lead for AFWERX Agility Prime, participated in remote pilot in control training on the Heaviside aircraft at the Kitty Hawk Corporation’s facility in Palo Alto, California from Dec. 13-17, 2021.

The Kitty Hawk Heaviside has commercial potential as an air taxi, but military applications could see it transport injured personnel, evacuate people from hostile territories, deliver cargo or first aid, make emergency medical services more accessible in rural areas or congested cities, and assist with firefighting or search and rescue operations, among many other potential scenarios.

The USAF explained: “AFWERX Agility Prime program took another step forward in December with the first government remotely piloted flight of an electric Vertical Takeoff and Landing, or eVTOL, aircraft.”

Capt. McKenna successfully flew the Heaviside via the Buddy Box System. The Buddy Box system works much like a driver’s education car: the driving instructor is in the passenger seat and allows the student to manually operate the vehicle, but is ultimately in full control and able to brake if necessary.

AFWERX Agility Prime, launched in April 2020, is the Air Force’s collaborative initiative to work with the industrial base on testing and experimentation, accelerating development of the commercial electric vertical takeoff and landing (eVTOL) aircraft industry.

The Heaviside was first deployed in 2019 after nearly a decade of development. The aircraft’s maximum takeoff weight is approximately 880 pounds, allowing for a passenger up to about 176 pounds.

Heaviside can travel at speeds of roughly 180 miles per hour, but most significantly, it remains quiet: only about 35 decibels at 1,500 feet above ground level, which is slightly louder than a whisper and about 100 times quieter than a helicopter.

Additionally, Heaviside has demonstrated 237 transitions between hover and forward flight, as well as a range of 100 miles on a single charge.

Watch this paramotor pilot glide over Egyptian Pyramids and the Sphinx