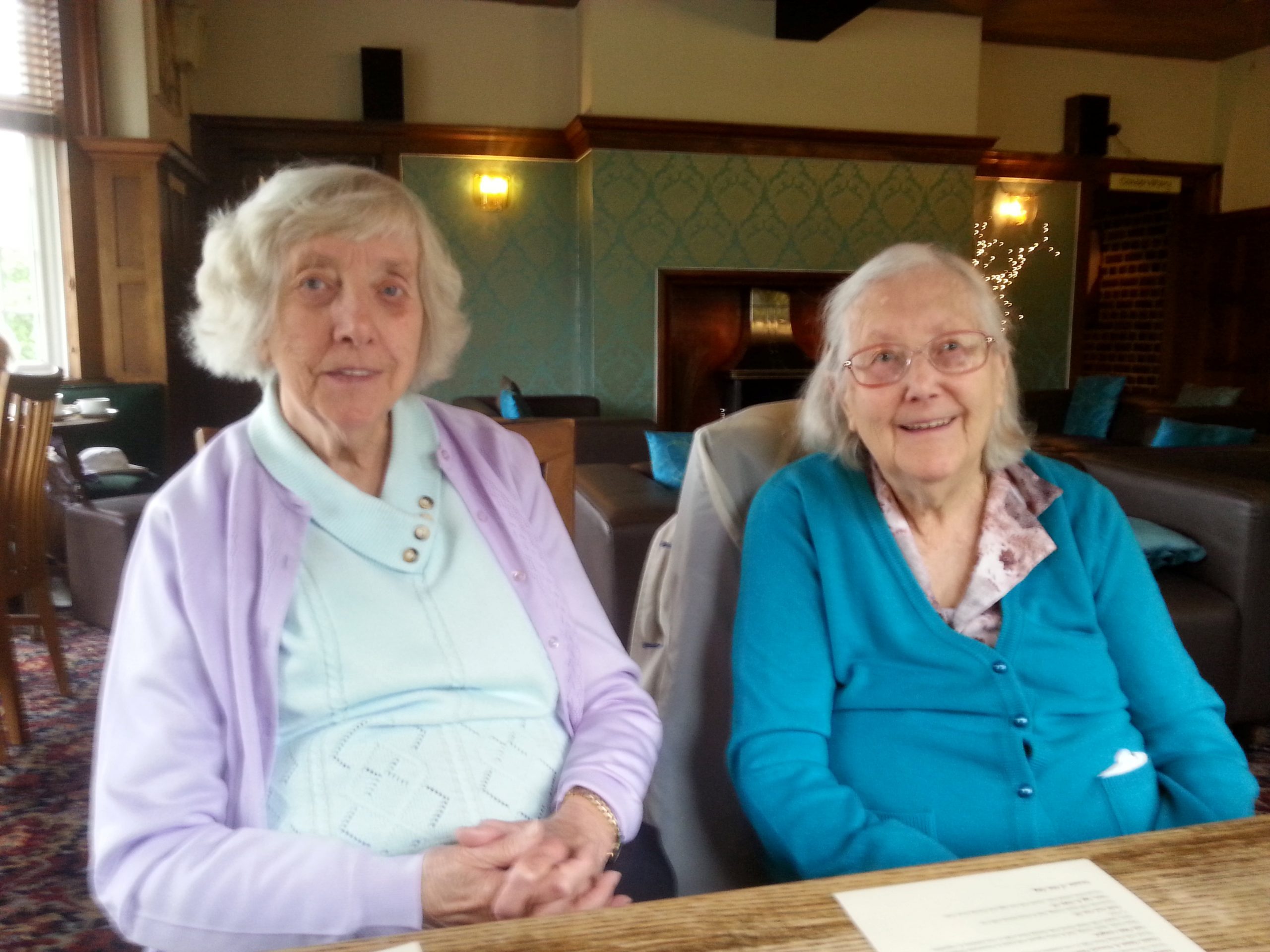 Britain's oldest twins who pride themselves on leading “frugal lives” have celebrated their 102nd birthdays with cheese sandwiches.

Edith Dumbleton and Dorcas Tobin were born 45 minutes apart on June 28, 1920 at their family home in Banbury, UK.

The non-identical pair are believed to be the third oldest twins in the world and the joint oldest in Britain having lived through 25 prime ministers and four monarchs.

The sisters, who live 76 miles apart, are still inseparable and Dorcas travels two hours each way from Banbury, Oxon, every Tuesday to see Edith in Leominster, Herefordshire.

To mark their joint 102nd birthday this week, the siblings met up for a lunch of cheese sandwiches and teacakes.

Edith, the oldest, said: “It’s marvelous we’ve got to this age because we don’t know anyone else near 100, so for us, it’s been incredible.

“We’re still going strong and get the best out of it we can.

“We never had a lot so we couldn’t lose a lot and it has left us quite stress-free.

“What things we did have we appreciate and got the most out of.”

Dorcas added: “I’m very thankful that although we’ve had frugal lives there’s been a lot to enjoy throughout it.

“We have had bad times but we’ve managed to get plenty of good times in and enjoy our lives.

“I’ve got a little greenhouse and do a bit of gardening that keeps me happy.”

Daughter Christine Bemand, 68, who lives with her mom Edith, said: “They spend a lot of time thinking about each other and I think there is that thought-bond there.

"And they have both been a little bit unwell and we made the decision to get them down to see each other on Sunday and they are both incredibly different having seen each other.

"It was very low-key, they had a cheese sandwich and a reminisce.”

Christine says the secret of Edith and Dorcas’ incredible longevity has been enjoying a “simpler life.”

She added: “Mum always says the same thing when I ask her - they didn't have a lot, but what they had they really appreciated.

"And I think it is that bit about a slightly simpler life, where you value what you have got and you don't fret for the things you haven't got."

They also had two sons Frederick and Kenneth.

Christine was the youngest and worked with children with learning difficulties before retiring to care full-time for her mom.

Dorcas had two sons with her husband-of-33-years Horace, a career firefighter, who died aged 80.

She said: "Edith and I are both very well actually for our age, but my sister is losing her sight some.

“I've always been active. I've just got on with life. You know you have your ups and downs, but you just get on with it.

"I don't eat anything special. We eat what we want, and we eat when we're hungry."

Staff noticed a change in Bibi’s behavior two days ago. She was restless outside and wanted to go indoors and...

Scientists have learned the secret to its success.

Guests will have just 10 minutes inside the bar to sample the single cask Scotch whiskies on offer.

“Buddy is still understandably a little nervous around the rest of the Wellbeing Dog team, but he’s a lovely calming...

The couple - who have two sons, Jason, 32, and Kyle, 31- continued to grow sunflowers over the years and...