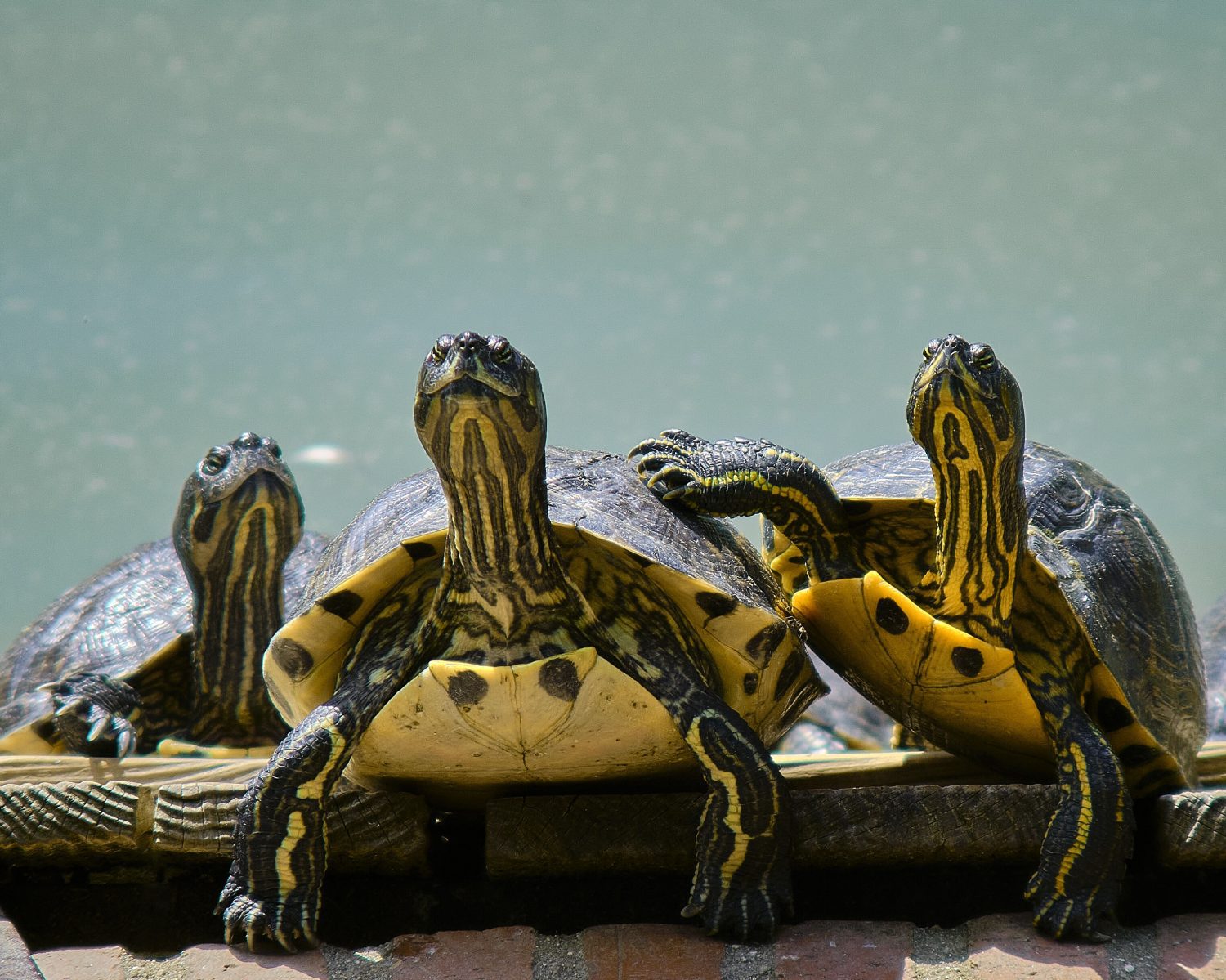 Turtles could be trapped in waters off the French coast and freeze to death, warns a new study.

Movement of tracked turtles show loggerhead, Kemp's ridley and green turtles are visiting the French coast to forage for food.

But experts fear that smaller turtles will become trapped in the winter months and will be unable to survive.

Several stranded turtles have already been rescued from Channel waters and the French Atlantic.

The Bay of Biscay, where the turtles were traveling for food, falls to less than 10°C ( 50°F) in the winter.

Researchers at Aquarium La Rochelle, who conducted the study, say they have rescued and rehabilitated more than 200 turtles from the east Atlantic coast of France in the past 40 years.

“Stranded turtles that were tracked swimming westwards presumably towards their birth homes, after their rescue and release from the Atlantic coast of France, were older and more developed than those that remained in the Bay of Biscay region," said Dr. Philippine Chambault, based at Aquarium La Rochelle.

“Turtles that remained in the area were much smaller, possibly trapped in the winter, as they are not able to regulate their body temperature and get lethargic with decreasing sea temperatures.

Study co-author Dr. Philippe Gaspar, based at Mercator Ocean, said: "We used the Copernicus Marine Service to obtain information on the currents, water temperatures and prey abundance along turtles’ trajectories.

"This enabled us to link turtle movement patterns to these oceanic factors, as well as the size and mass of the turtles.

“The Bay of Biscay waters are especially cold during wintertime, less than 10°C, and so this area is assumed to be outside the geographical range for turtles.

"Our observations suggest that while the turtles could be visiting this area to forage for food, it may be an ecological trap for very small turtles that may suffer from hypothermia in the cold months.

“A turtle’s body temperature is largely controlled by the temperature of the environment, and temperatures below 10°C are often lethal.”

Florence Dell'Amico, who cares for the turtles, said: “These findings have important turtle conservation implications.

“Maps of their ecological range need to be updated, and these study findings can help to plan effective rehabilitation and release strategies for turtles rescued from this area.”

The findings were published in the journal Frontiers in Marine Science.

How long should you wait before introducing a significant other to family?

Ski tourism on downward slope thanks to climate change