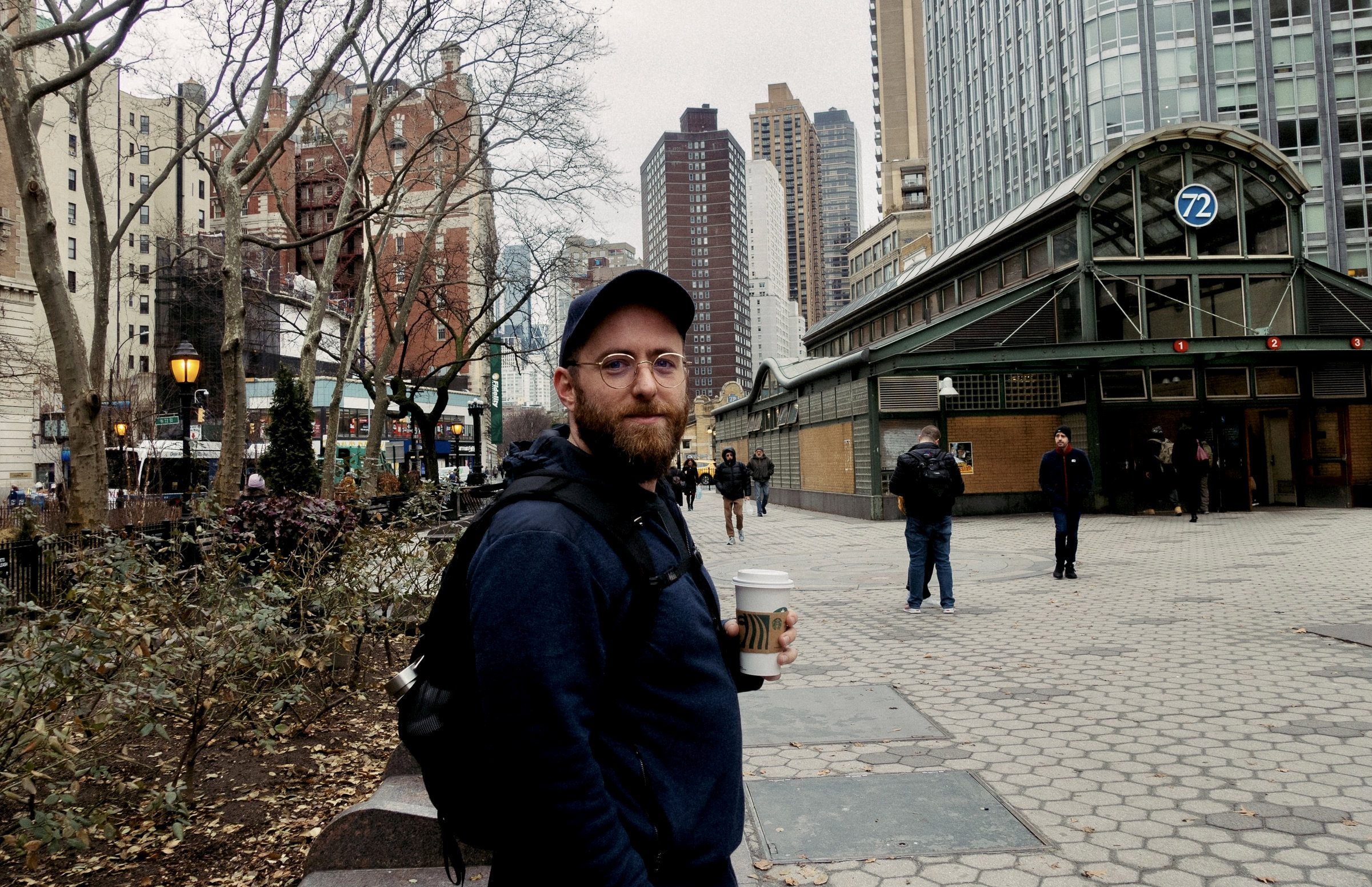 This New Yorker has walked every single street in Manhattan and racked up an incredible 977 miles - while burning through three pairs of hiking boots.

Keith Taillon, 34, spent a year pounding the sidewalks of the Big Apple after he lost his job as an executive assistant at Ralph Lauren during the pandemic.

Taillon, a writer/historian, said: “Going into the project, I egotistically assumed that I had walked every block in Manhattan.

“But there were so many pockets of this little island that I have lived on for over a decade that I had never seen.”

He first had the idea of walking every street in Manhattan on New Year's Eve 2019 when he walked the length of Broadway, from Marble Hill to Battery Park.

Taillon, who lives in Harlem, said: “The year ended with me feeling like I hadn’t accomplished anything.

“On December 30 I sat in my apartment feeling like a failure so I texted my boyfriend and said let’s do something crazy for New Year's.

“We took the train to Marble Hill and walked the length of Manhattan.

“I decided to keep this thing going and the next morning I announced on Instagram my goal to walk every street in Manhattan.”

Taillon walked Second and Fifth Avenue from top to bottom before the city locked down in March.

“Obviously in March the world fell apart,” he added.

“But in May I moved to a new apartment in Harlem, the numbers were going down and I was really bored because I’d been laid off from my job.

“I put on a mask, grabbed my phone and walking boots and I covered anything from six to 12 miles per walk.”

Taillon believed he was lucky to have the chance to experience the empty and eerie city in the midst of the pandemic.

He added: “Seeing it empty and changing and shifting - I knew this was something that I was going to remember forever.

“I felt lucky that I was healthy enough and had the free time to be able to do this despite the world spiraling out of control.

“I did walk by some hospitals with tents set up outside for examinations and I came across memorials with flowers set up outside apartment buildings for people who had died of COVID.

“It was definitely eerie and a little spooky. I would walk for hours and see one other person the whole time.

“I knew I would never again stand in an empty Times Square or have swathes of Central Park to myself.”

He completed the project on December 29 with his final walk around Marble Hill, the northernmost neighborhood in Manhattan.

Taillon said: "I kept track of every route I walked and the total ended up being 977 miles.

"I got through three pairs of walking boots - I wore out the treads on them."

Taillon documented the walks on Instagram where he gained followers keen to live vicariously through him while they were stuck indoors during the pandemic.

He added: “When I came home from a walk, I would manually log the route into a Google map.

“Then I would screengrab the route to my Instagram and go through my photo reel and write about it.

“I was really surprised and impressed at how willing people were to soak up the content.”

He added that his walking project helped him cope with the anxiety of the pandemic.

“When I was walking I could forget about what was going on, I could commune with the pavement beneath me and the buildings around me.”

During his time walking every single inch of Manhattan,Taillon came up with two tips to pass on to tourists coming to New York City.

He said: “My first tip is to go explore uptown.

“Secondly, walk any bridge other than the Brooklyn Bridge.

“It baffles me that people pile onto the Brooklyn Bridge when it is such a miserable experience.”