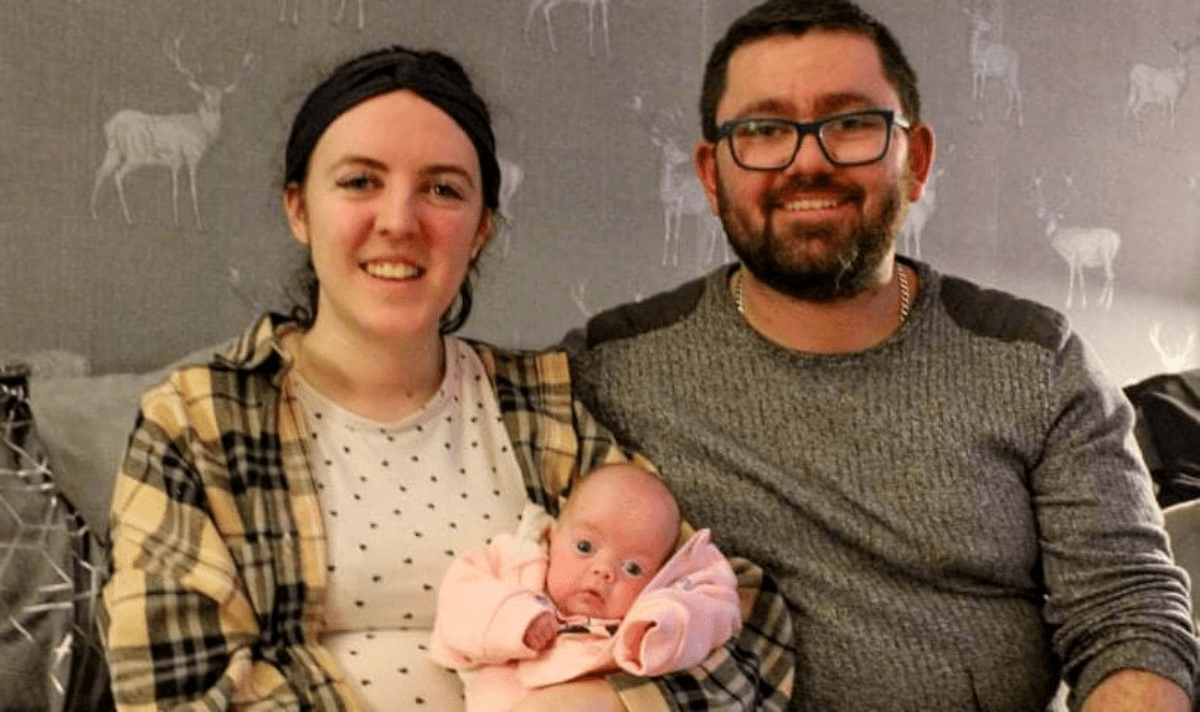 By Sarah Ward and Lorraine Tinney via SWNS

A couple who spent four months visiting their premature baby in hospital were overjoyed to get her home in time for Christmas.

Kimberley Melvin, 25, and James Gallacher, 26, faced an agonizing few months after baby Freya-Rose was born 15 weeks early, weighing as little as a bag of chips.

"It was the best Christmas present when she came home."

Kimberley has polycistic ovary syndrome and was warned she would struggle to conceive, and the couple will not try for more children.

"I was told it would be hard to conceive and she was given a 30 percent chance of survival," she said.

She learnt she was pregnant after being admitted to hospital for treatment for a cyst.

"I went for an ultrasound for the purpose of getting a cyst removed and I discovered there was a baby in there - four weeks into the pregnancy," she said.

"We were overjoyed by the news."

When Kimberley found she was bleeding unexpectedly she feared she was having a miscarriage and was rushed to the Royal Alexandra Hospital in Paisley, underwent tests and was immediately transferred to the Princess Royal Maternity Hospital in Glasgow.

The birth lasted an hour and 55 minutes.

The first-time parents had to travel to see Freya-Rose every day from their home in Greenock, Scotland to the Princess Royal Maternity Hospital in Glasgow.

She has a chronic lung condition and her parents have to keep an oxygen tank handy in case she gets a chest infection.

"It was four months in hospital and a lot of setbacks," Kimberley said.

"We were going every day to see her, it's not been easy, especially leaving the hospital."

The couple were looking forward to welcoming baby Freya-Rose home to a nursery they decorated for her, when she became ill with sepsis and Streptococcus, a blood infection.

Kimberley spotted a rash and alerted medics and the illness delayed the tot's release from hospital.

"She weighed 730g when she was born, about the weight of a bag of chips," said James who works in the construction industry.

"She caught an infection, we were expecting to get her home and then she was on breathing tubes. We didn't know if she would live.

"It's inspiring, we were in there for more than 125 days, it's a long time to be stuck in there full time. It's been a long, long journey."

Both parents have been working full-time throughout.

They are fundraising for the NHS and told of their gratitude to medics who helped their baby pull through.

"The doctors and nurses were outstanding," he said.

"There's no recognition and they do need to have enough equipment in there. The NHS should be better funded especially neonatal units.

"They save a life and then they crack on like it's nothing. To us, they've saved our wean's life."

Trash Season: Americans create more waste during the holidays than any other time of year