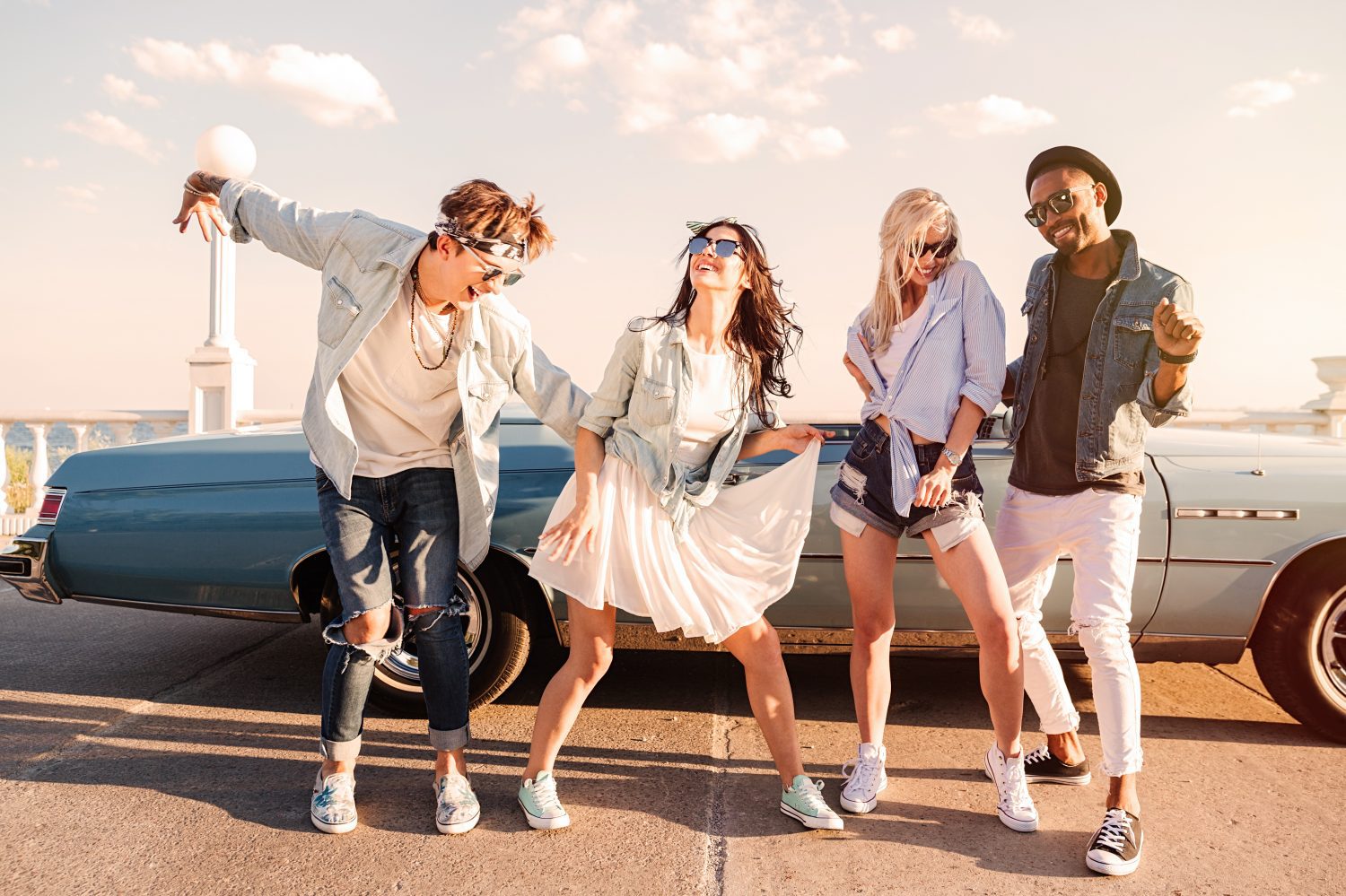 (Photo by Shift Drive by Shutterstock)

Seven in 10 young adults believe their style has become more gender-fluid than that of previous generations.

That’s according to a new poll that surveyed 500 Gen Z women, 500 Gen Z men, 500 millennial women and 500 millennial men to uncover how younger generations look at fashion and jewelry trends.

Of those polled, 70% claim that their style is more likely to change and less bound to traditionally “male” or “female” expectations of fashion.

Sixty percent described their style as “casual,” and half believe they will still be considered “fashionable” in 10 years. Another 40% don’t think their style will change during that time.

Millennials were a bit more set on keeping their current looks, with 46% saying they’ll stick to it for the next decade compared to 42% of Gen Zers.

The poll, conducted by OnePoll on behalf of De Beers Group, also revealed that 71% believe it is more socially acceptable for men to wear jewelry today than it was a few years ago.

Nearly two-thirds (65%) of men said that they feel more confident when they wear jewelry.

Half of all respondents wear jewelry for parties, followed by 46% for graduation ceremonies and 45% for someone else’s wedding.

Overall, almost three in five (59%) of respondents are hoping to receive an expensive piece of jewelry this holiday season — including just as many men (61%) as women (59%).

Diamond stud earrings are the most popular type of jewelry on wish lists regardless of gender, as well as the most commonly worn pieces among one in three respondents.

Not only is style becoming more fluid, but the term “fashionable” is evolving, too.

While a few respondents defined the term as “up to date,” others said that it goes deeper than wearing what’s popular. One even described it as: “when you are dressed to satisfy yourself.”

When looking for fashion inspiration, the majority of respondents (46%) get their ideas from social media.

Aside from friends and family, the top three biggest types of fashion resources were influencers (45%), music artists (42%) and fashion icons (41%).

And they’re called “influencers” for a reason; 62% of respondents are likely to try a new style if they see their favorite celebrity or influencer wearing it.

On the other hand, more than half (55%) of respondents have between one and six pieces of jewelry that were passed down from older relatives.

"While fashion changes constantly, particularly in the age of social media, personal style is developed at a slower burn,” said Morrison. “Finding precious talismans, like fine jewelry that define who you are, are about personal identification and provide a real anchor to the changing trends we experiment with.”

Do the holidays get better as you get older?

What is the No.1 reason people feel constantly drained of energy?