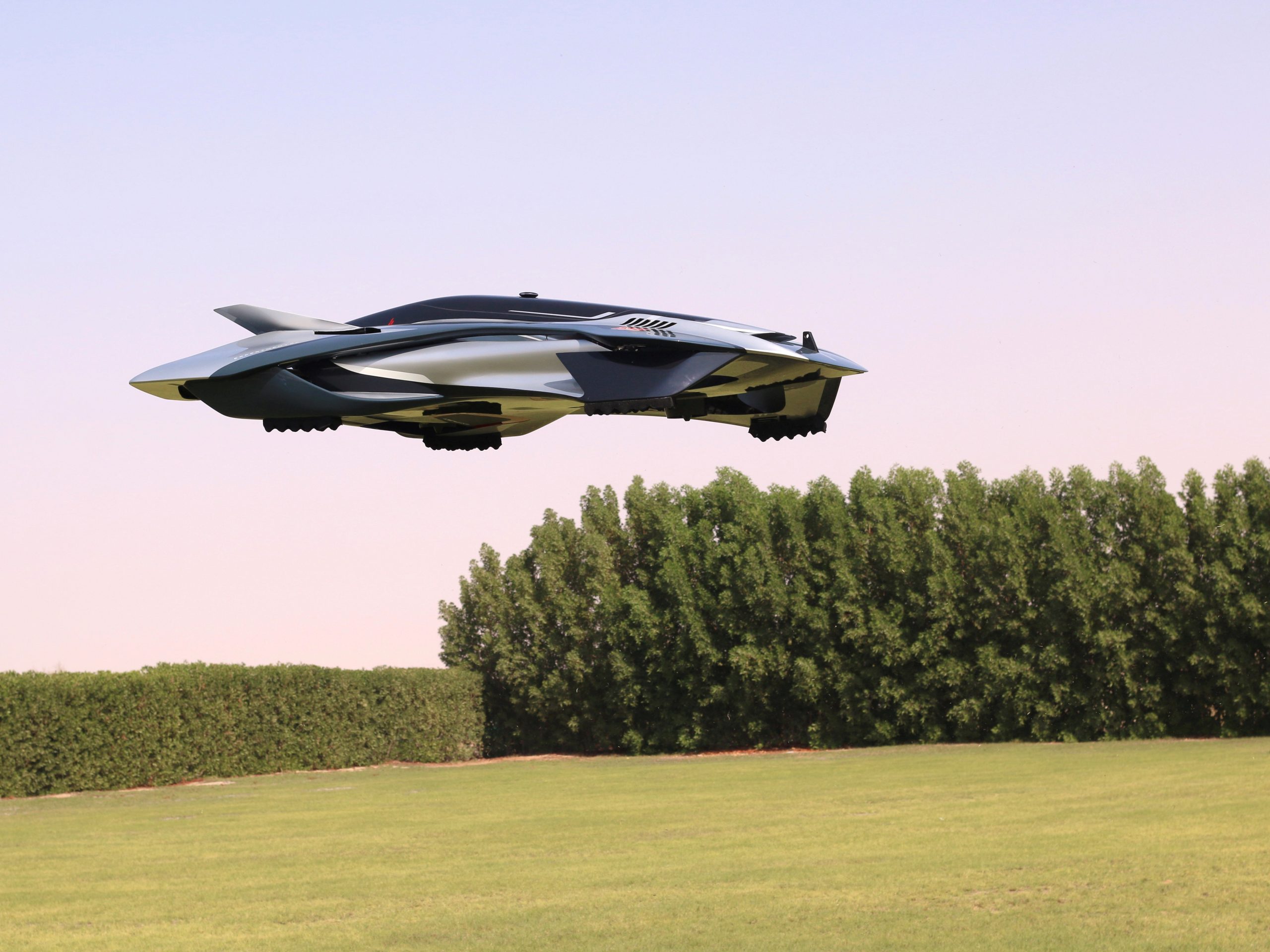 The Volar eVTOL (Bellwether via SWNS)

A London company have today (Jan 12) revealed a successful flight test of a vehicle they say will replace cars.

Bellwether Industries’ Volar eVTOL (electric vertical take-off and landing) is a flying hypercar for private owners. They say it is the world’s first without a large wingspan or exposed blades, making it ideal for urban use.

The futuristic half-scale version flew at an altitude of 13 feet (4 metres) with a speed of 40 kilometres per hour (25 miles per hour).

The team say the Dubai test flight demonstrated stability and controllability of the prototype and would be the start of a series of development projects.

Bellwether say the ultimate vision of a full-scale volar will be a 4-to-5-seat aircraft carrying out intracity travels at an altitude of 3,000 feet (915 metres) with a speed of up to 220 kilometres per hour (135 miles per hour).

“We want to create private urban aircraft for anyone to fly from anywhere to any point at any time,” they explain.

“Our volar flies smoothly and proves our efforts that go into innovation and technology. We are confident in our volar and will strive for perfection with continuous improvement,” said Kai-Tse (KT) Lin, Chief Operating Officer and co-founder at Bellwether Industries.

“It’s an exciting moment to witness the world’s first eVTOL without a large wingspan or exposed blades come into reality.”