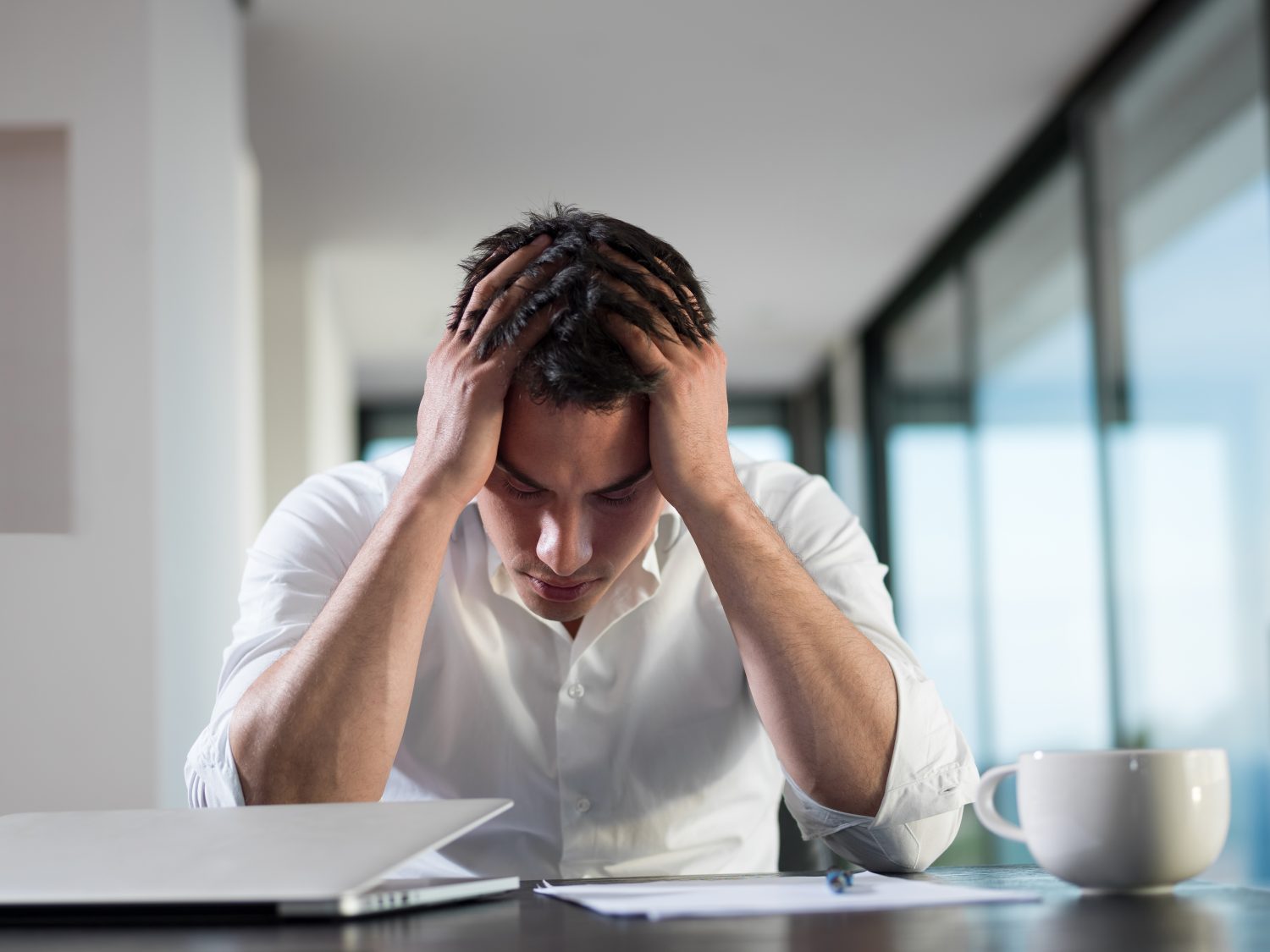 Middle-aged men who let stress get the better of them are setting themselves up for heart failure, scientists have warned.

The risk of developing a wide range of heart problems including strokes and type 2 diabetes is much higher among men who spent their younger years worrying, according to a new study.

These conditions, known collectively as cardiometabolic disease, affect millions of people in the UK where they are responsible for an estimated 450 deaths per day.

Worldwide, the number of people who experience one or more of these conditions during their lifetime is rising, yet they are often preventable.

Now, researchers at Boston University School of Medicine have found stress levels during middle age could be making matters much worse further down the line.

Lead author Dr. Lewina Lee said: "While the participants were primarily white men, our findings indicate higher levels of anxiousness or worry among men are linked to biological processes that may give rise to heart disease and metabolic conditions and these associations may be present much earlier in life than is commonly appreciated - potentially during childhood or young adulthood."

Data on 1,561 men who took part in the part of the Normative Aging Study (NAS), launched by the US Veterans Affairs outpatient Boston clinic in 1961, was analyzed by the researchers.

The men, 97 percent of whom were white, did not suffer from any heart problems or cancer at the time and were asked to complete an assessment measuring their level of neuroticism on a scale of zero to nine.

Dr. Lee said: “Neuroticism is a personality trait characterized by a tendency to interpret situations as threatening, stressful and/or overwhelming.

"Individuals with high levels of neuroticism are prone to experience negative emotions, such as fear, anxiety, sadness and anger, more intensely and more frequently."

They were also asked how often they worried about 20 separate items, with zero meaning never and four meaning all the time.

Dr. Lee said: "Worry refers to our attempts at problem-solving around an issue whose future outcome is uncertain and potentially positive or negative.

"Worry can be adaptive, for example, when it leads us to constructive solutions.

"However, worry can also be unhealthy, especially when it becomes uncontrollable and interferes with our day-to-day functioning.”

The men, aged 53 on average, had physical exams and blood tests every three to five years until they either died or dropped out of the study.

Follow-up data which looked at seven heart risk factors was collected through 2015 and compared with national guidelines.

Each participant was finally assigned a "risk factor count score", one point for each of the seven risk factors being classified as high.

At all ages, participants with higher levels of neuroticism had more signs of heart problems, the researchers found.

Being neurotic increased men's chances of having six or more disease risk factors by 13 percent, even after adjusting for demographic factors like level of income and education.

Likewise, worriers were 10 percent more likely to have six or more of the cardiometabolic warning signs.

Overall, between the ages of 33 and 65, the number of heart-threatening factors increased by one every decade, the researchers also found.

Whether participants had been diagnosed with an anxiety disorder was not known to the researchers during the study.

Also, the results cannot be generalized as participants in the study were middle-aged to begin with, all male and nearly all white.

A number of steps can be taken to reduce the risk of cardiometabolic disease, including following a healthy diet, getting regular exercise and cutting out ‘nasty habits’ like drinking too much alcohol and smoking.

Dr. Lee said: “It would be important for future studies to evaluate if these associations exist among women, people from diverse racial and ethnic groups, and in more socioeconomically varying samples, and to consider how anxiety may relate to the development of cardiometabolic risk in much younger individuals than those in our study."

The findings were published in the Journal of the American Heart Association.

Hippos can recognize each other’s voices