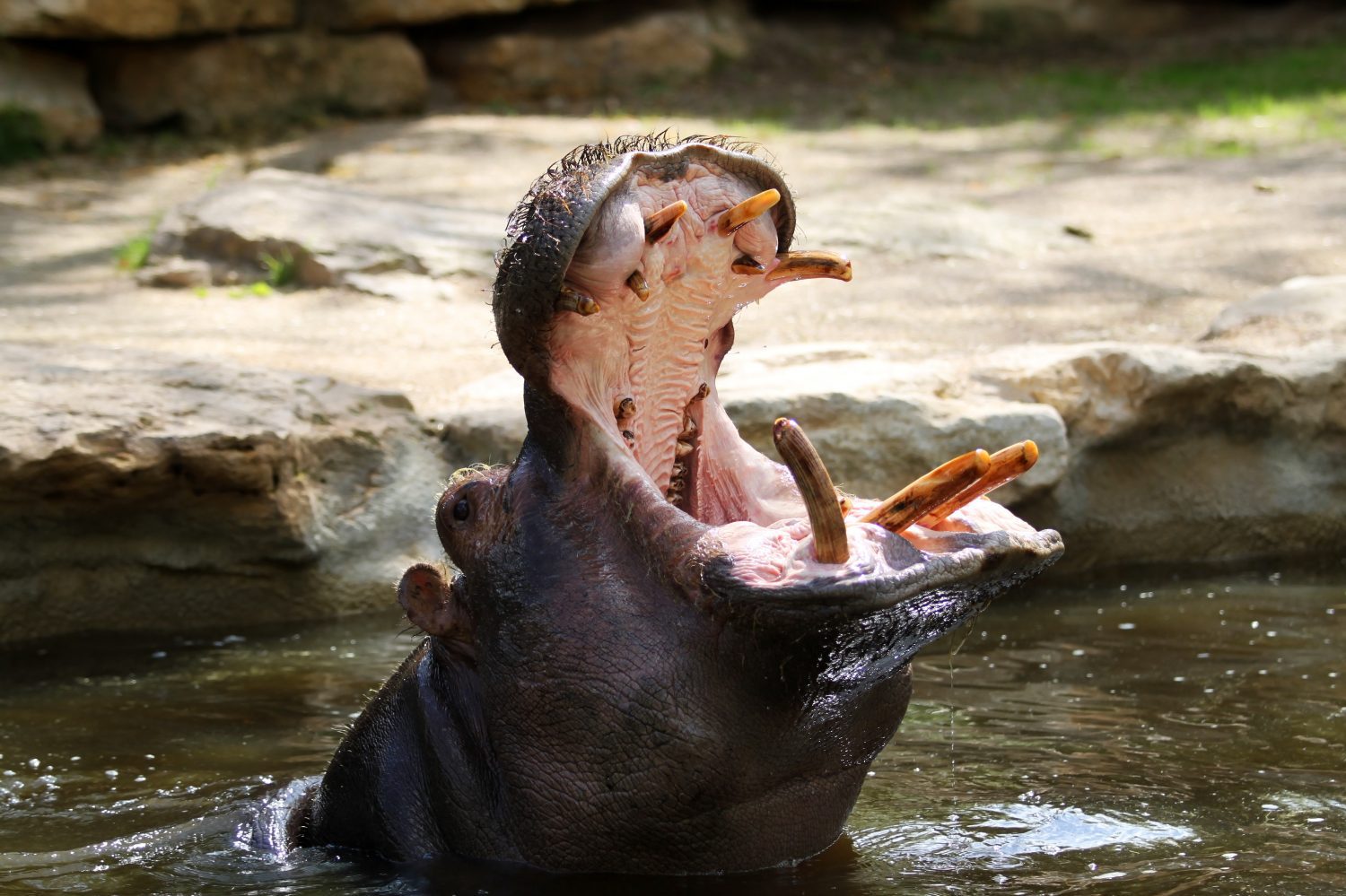 Hippos recognize each other's voices, allowing them to be nice to their neighbors and more aggressive to strangers, according to a new study.

Hippopotamuses are vocal animals and the sound of their distinctive "wheeze honk" calls can ripple over long distances.

Researchers thought that their racket plays an important role in maintaining social groups and set out to test their theory.

Professor Nicolas Mathevon, from the University of Saint-Etienne, France, said the animals are able to recognize each other's vocal signatures.

He said: "We found that the vocalizations of a stranger individual induced a stronger behavioral response than those produced by individuals from either the same or a neighboring group.

“In addition to showing that hippos are able to identify conspecifics based on vocal signatures, our study highlights that hippo groups are territorial entities that behave less aggressively toward their neighbors than toward strangers.”

Prof Mathevon and his colleagues are fascinated by bioacoustics - the study of how animals exchange information through sound.

The team is especially interested in the networks of communication where multiple hippos can send and receive information at once, like WhatsApp for animals.

Because hippos are tough animals to spot as they lurk in murky waters, the team had to travel to the Maputo Special Reserve in Mozambique - an area that is known to have several hippo-filled lakes.

While observing, the team tapped into the calls of each hippo group and played the recordings back to the other groups to see how they would react to calls made from their own, familiar group versus a group from a neighboring lake, and a more distant group of stranger hippos.

When hearing the played-back calls, the hippos either responded with their deafening calls, by approaching, or by spraying dung.

Interestingly, the response varied depending on whether they were hearing hippos that they knew or ones they didn’t.

Professor Mathevon explained that when hippos are in the water, although they look inactive they are in actual fact, paying close attention to their surroundings.

He said: "When they heard the call of another hippo played from the shore, they responded right away.

"The responses to the sound signals we broadcast were very clear, and we did not expect that."

The team's findings not only offer a rare insight into how hippos communicate in social groups, but they may also even influence conservation policy into how the animals are relocated to protect healthily-sized populations.

But Prof Mathevon expressed that a move like this would need to be well thought out.

He said: "Before relocating a group of hippos to a new location, one precaution might be to broadcast their voices from a loudspeaker to the groups already present so that they become accustomed to them and their aggression gradually decreases.

"Reciprocity, in which the animals to be moved become accustomed to the voices of their new neighbors before they arrive, could also be considered.”

In future studies, the researchers hope to learn more about what hippos communicate through their calls.

What's more, they will explore whether the hippo's unique honks gives away other telling characteristics, such as size, gender, or age.

The study was published in the Current Biology journal.