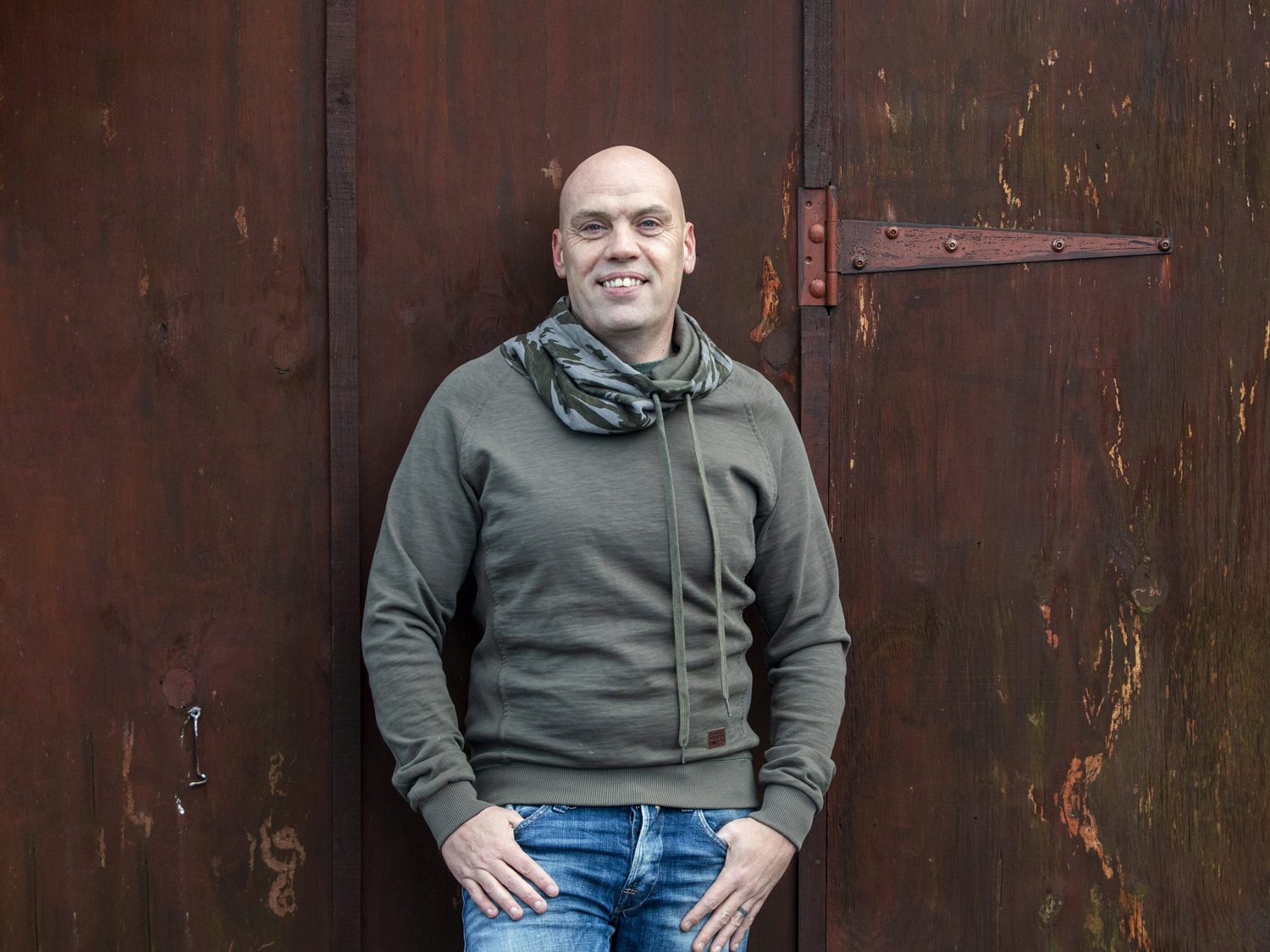 Paul Boggie, a former heroin addict who turned his life around and joined the Scots Guard. (SWNS)

By Hamish Morrison via SWNS

A former Scots Guard who protected the Queen at Buckingham Palace told how he turned his life around after becoming addicted to heroin in 'Trainspotting' era Edinburgh.

Paul Boggie, 42, was 18 when he first tried 'chasing the dragon' in the back of a friend's car in a notorious part of Edinburgh in the late 90s, and recalled watching the world spinning.

He and his pals were buzzed when the cult flick Trainspotting came out in 1996 because it reflected their lives to a tee - including the characters' obsession with the soccer club Hibs.

But it turned into a seven-year nightmare and he still lives in fear of opiate addiction, having been prescribed Tramadol for an injury suffered in the Army in Afghanistan.

Paul was raised in a loving family with strict moral guidelines and knew people who had died from heroin in his area, Craigentinny.

But mistakenly he believed he couldn't get hooked unless he was shooting up and managed to hold down a job in a mailroom while smoking heroin in the toilets.

But his drug abuse affected his performance and eventually, he was fired.

For the next seven years, he battled with addiction and tried to go cold turkey 13 times - but realized he faced crippling anxiety if he stopped using it, and described how heroin became his 'best friend.'

He also was dicing with malnutrition as his diet consisted of a heavily buttered roll, a packet of flaming hot Monster Munch chips and 40 cups of tea with four sugars in.

He finally made a decision to quit for good after he became suicidal and enrolled on a course run by homeless charity Cyrenians, before using fitness as a regime to get himself off it.

Aged 30 he joined the Army and became one of the fittest soldiers in his battalion - before going on to protect London's big landmarks including Buckingham Palace and the Tower of London.

He was medically discharged from the Army in 2015 after a car crash that broke his spine - and left him with an addiction to opioid-like painkillers, which he has now kicked for good.

Paul said: "When Trainspotting came out it portrayed us Edinburgh boys and they were talking about Hibs - I'm a Hibs fan.

"We found it funny and they were filming in Edinburgh so there was the fascination that way.

“Me and my friends all had respectable parents, we knew the difference between right and wrong and we knew drugs were bad.

“We knew heroin was bad and we knew people who had died in Craigentinny in the early 90s.

“But we were chasing the dragon - so there wasn’t any needles, spoons or belts, there was just tinfoil.

"Quite naively me and my friends believed because we were only smoking it we couldn’t get addicted and wouldn’t be in any danger.

“The first time I did it I remember getting out the car, lying on the promenade looking up at the sky and the world spinning.

“I felt sick and to this day, I'll never know what caused me to get up, get back in the car and keep taking it every day.

“Mentally, things were starting to unravel and I was becoming heavily depressed.

“When I wasn’t on heroin, I was thinking, ‘What the hell have I done, I’ve ended my life, this is horrific.’

“Heroin took that anxiety away and became my best friend.”

He decided to turn his life around after years of selling hash to pay for heroin - which he would also replace with Tramadol, an opiate-like painkiller to which he later battled an addiction.

Paul, who now lives in Ballingry, Fife, said: “I woke up one morning and something was different.

“I put my nose on the mirror and looked straight into my eyes and became quite aggressive with myself.

“I started saying 'don’t f***ing ask for heroin ever again, because you’re not getting it.'

“I realized it was my choice.

“From that moment, I knew I was never touching heroin again in my life."

He found the transition from the wrong side of the law to protecting the Queen mind-boggling when he joined the Army.

Paul said: “I was one of the fittest in the battalion when I joined because I was doing boxing and running and weights every day.

“I was down in London for nine months - I did Buckingham Palace, Windsor Castle, St James’ Palace and the Tower of London.

“I would stand there and think, the police would have moved me on from the iron gates five years ago.”

But a car crash set him back on addiction as he used codeine and Tramadol to 'get wasted' - until he swore off painkillers forever in lockdown.

He penned his memoirs Heroin to Hero at the same time.

Paul said: “The army doctor gave me a prescription of Tramadol.

“I took Tramadol when I was on heroin.

“I started to abuse them because I knew from experience, if I took enough Tramadol, I would get a heroin-like feeling."

He hid his dependency from wife Stephanie, 38, and step-daughter Cherise, 18.

“So I decided to taper off slowly.

“I never told anyone, not even my wife.

“My back is sore and it’s going to be sore for the rest of my life but I need to deal with it - I don’t want to be a drug addict.”

People want vegan versions of milk, skincare and even wine

How being immersed in nature can improve your body image